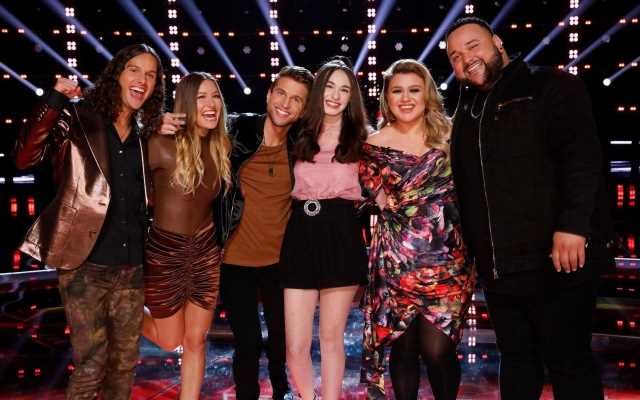 More results were later announced. Team Blake’s Lana Scott and Team Kelly’s Hailey Mia were named as the next to the semi-finals. It meant, Jeremy Rosado, Jershika Maple and Holly Forbes had to return to the stage to earn the Instant Save.

First to take the stage for Instant Save performance was Jeremy, who opted to sing “What Hurts the Most” by Rascal Flatts. Kelly loved his choice of song because she thought it showed how dynamic he can be as a vocalist. Blake, meanwhile, praised him for going back to country.

As for Holly, she hit the stage to belt out Kelly’s ballad “Because of You”. Blake admitted that he was surprised to see in the bottom three this week because he always thought she would be in the finals. Ariana, meanwhile, called Holly a “vocal titan.”

The last singer to perform for Instant Save was Jershika, who sang “What Is Love” by the “Empire” cast. John called Jershika one of the best people across the season. He also called this performance her best one as it was “powerful, emotional and technically perfect.”

Only one of the three would be advancing to the Top 8 and that was Jershika! Unfortunately, Jeremy and Holly were eliminated.