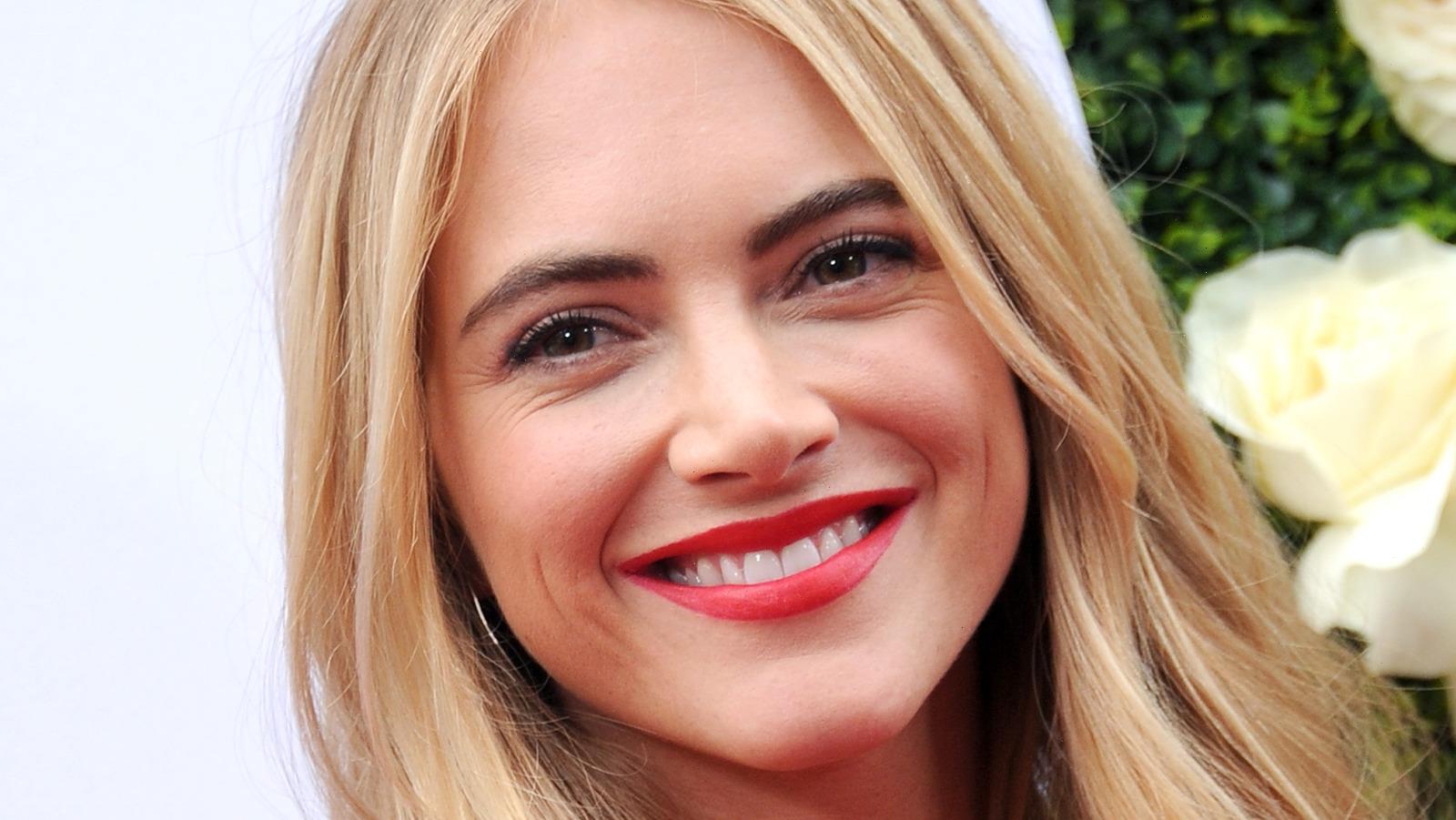 Actor Emily Wickersham is perhaps best known for her role as Ellie Bishop in CBS’ popular series “NCIS,” but as they often say “all good things must come to an end.”

As reported by People, Wickersham is departing from the beloved role after Season 18 and she took to her Instagram account to share the news. “Hangin this hat and jacket up. What a great ride it’s been,” Wickersham posted along with several photos of herself on set. “This cast, this crew, are top notch. I can’t say enough kind words about this group that I’ve had the pleasure of working with for close to 8 years now and 172 episodes later. This business is finicky and weird and consistency is a rarity. I’ve been lucky enough to be a part of a show where I got to show up and act and laugh and learn with wonderful people. A moment in time I surely won’t forget,” she penned.

But what was life like for Wickersham prior to landing her popular role on “NCIS”? Keep reading to learn all about the fascinating transformation of Emily Wickersham!

Emily Wickersham was a tomboy in her early years

There’s no doubt about it that Emily Wickersham is both beautiful and chic. Alas, it doesn’t appear that she fancies herself that way in the slightest.

The Mamaroneck, New York, native, pictured here as a child, is adamant that she grew up far from the glitz and glam of Tinseltown. “I grew up as a total tomboy,” Wickersham dished during an interview with CBS in 2016. “My childhood consisted of lots of tennis. As a kid, I fantasized about becoming a professional tennis player while at lots of Long Island Sound beach clubs and riding my bike.”

Later in life, however, her time of running with the boys worked to her advantage — specifically on the set of “NCIS.” “It’s a real boys’ club at NCIS, which works for me, because, being a tomboy when I was younger, I’ve always loved hanging out with the guys,” she explained. “I love women, too, but I’ve always had a ton of guy friends who I’m drawn to, because there’s such a laid-back vibe going on with them,” she added.

Emily Wickersham initially wanted to be a painter

As it turns out, Emily Wickersham’s aspirations growing up were far from that of being an actor.

During a 2016 interview with CBS, Wickersham explained that her first passion was painting. “I’d never acted in my life,” she declared. “After high school, I majored in painting for two years at Muhlenberg College—my mother is a painter, my father does art, too, and my brother is a photographer, so there are lots of artists in my family—but it didn’t feel quite right, so I dropped out and moved to New York City,” she explained.

Lucky for Wickersham, the hasty decision turned out to be the right one. Shortly after moving to the Big Apple, she embarked on a modeling career before seamlessly transitioning into the world of acting. “There was something so thrilling about putting myself out there where I could fail or succeed in a way I’d never done before,” Wickersham divulged. “I felt like maybe I’d played it too safe up until then and acting was something totally foreign, scary and challenging. But, I guess, it worked for me,” she continued. And that it did! It’s reported that on one of her first auditions she snagged a recurring role on HBO’s iconic drama “The Sopranos.”

After that it was straight to the top for Wickersham, as she began adding more and more credits to her IMDb page, including “Gone,” “I Am Number Four,” “Remember Me,” and, of course, “NCIS.”

Emily Wickersham got married … and divorced

Alas, it hasn’t been all rainbows and sunshine for the thespian.

As reported by Express, Emily Wickersham was married to aspiring musician Blake Anderson Hanley for eight years before the couple ultimately called it quits in 2018. The cause of the pair’s demise is still unknown and neither of the parties have spoken publicly about the divorce.

Unfortunately, Wickersham is also very private when it comes to her post-divorce dating life. Instead, fans will have to settle for watching re-runs of her “NCIS” character’s on-camera romance play out with Agent Nick Torres played by co-star Wilmer Valderrama. Per Hello! magazine, stans of the on-air couple lovingly refer to them as “Ellick.”

The actors behind the series romance have developed a natural banter with one another too. During a March interview with Express, the two engaged in a playful squabble when it was revealed that Valderrama did not recall the first time the two actors met. “Great, wonderful. Cool, cool, cool,” Wickersham teased as she feigned resentment.

Emily Wickersham was nervous to join the cast of NCIS

One might assume that Emily Wickersham is a pretty confident gal, but it turns out that her first few days on the set of “NCIS” were met with feelings of trepidation and cold feet.

As you may recall, Wickersham first joined the long-time cast in 2013 on the heels of “NCIS” star Cote de Pablo’s departure. According to Wickersham, joining a cast that had already bonded with one another was hard. During a 2015 interview at MCM Comic-Con London, she even referred to the transition as “scary.” “It was really scary coming into a show … a whole cast of people who have worked together for so long,” she confessed.

Fortunately for Wickersham, the cast was very welcoming. “This cast is the sweetest, most welcoming bunch of people. They were so, so sweet … My nerves, I mean I’m always kind of nervous, but my nerves definitely diffused after hanging out with them for a bit,” she quickly added.

Emily Wickersham's next steps are TBD

On the heels of “NCIS” star Emily Wickersham announcing her departure from the show, many fans can’t help but wonder what’s next for the actor.

Though Wickersham hasn’t announced what her plans are following her exit from “NCIS,” many can only assume it’s onward and upward for the budding celebrity. Even one of her former co-stars referenced her next steps and vowed to be cheering her on every step of the way! Per People, Brian Dietzen who portrays Jimmy Palmer, penned a sentimental post that read, “So damn proud of you my friend. Also, I’m gonna miss the hell outta you on set. I can’t wait to see what you do next. Whatever it is, I’ll be there in the front row. Thank you.”

Perhaps Wickersham doesn’t even know her next steps. What we do know is that she’s a big proponent of playing the cards that life deals you. During a 2016 interview with CBS, she quoted her favorite poet Rainer Maria Rilke: “Let life happen to you. Believe me: Life is in the right always.”