Elizabeth Olsen and Paul Bettany will star in the Disney+ series WandaVision, which looks like true joy for TV and Marvel fans. 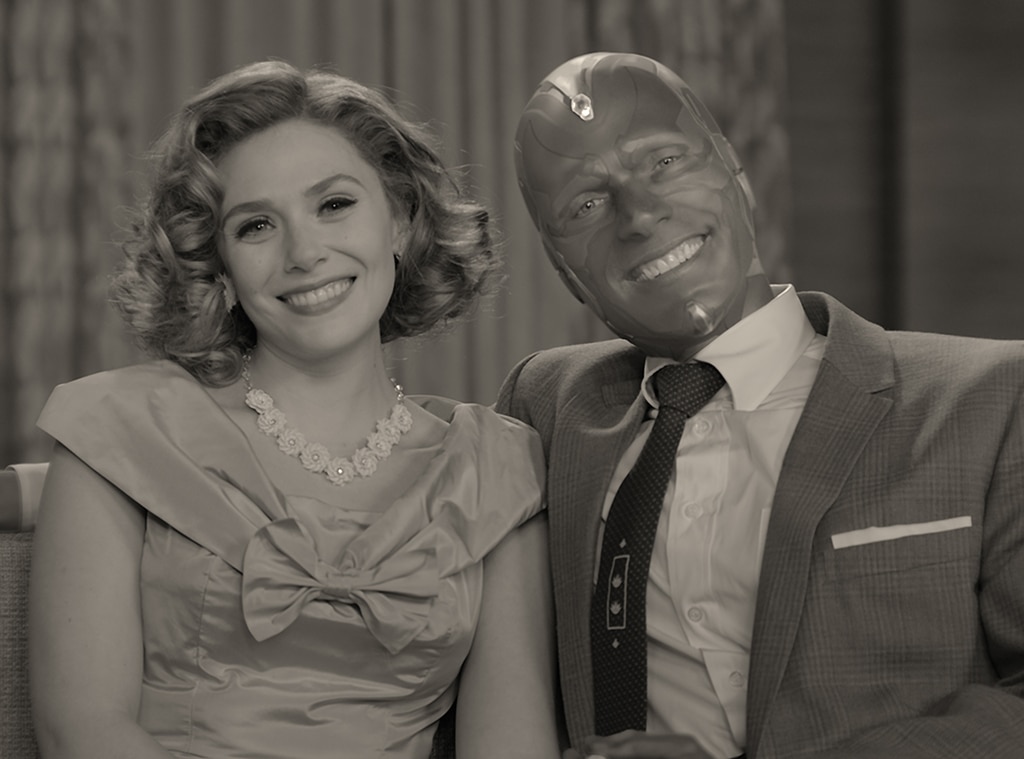 The stars were not the only ones getting rewarded at the 2020 Emmys.

Viewers were also treated to the first trailer for Disney+'s Wandavision, the latest trip to the world of the Avengers. Elizabeth Olsen and Paul Bettany return as Wanda Maximoff and Vision, but things are very different since we last saw them in Avengers: End Game.

Wandavision is a "blend of classic television and the Marvel Cinematic Universe," says Disney+. It follows Wanda and Vision, "two super-powered beings living idealized suburban lives" who "begin to suspect that everything is not as it seems."

The trailer shows Wanda and Vision living a happy life in various classic TV show settings until a dinner party guest (played by Debra Jo Rupp) begins asking how long they've been married and why they don't have kids yet, and neither Wanda nor Vision have an answer—which makes since, given she's a former Hydra test subject with mind-reading powers and he's an android created by Iron Man. Is it even possible for them to have kids?!

Watch the trailer, which promises "a visionary new age of television," below!

Miley Cyrus Wears Her Riskiest Outfit Yet Ahead Of iHeartRadio Show

Kathryn Hahn also stars in the trippy new series, which is the first of the planned MCU shows coming to Disney+. The Falcon and the Winter Soldier, starring Sebastian Stan and Anthony Mackie, is also supposed to premiere sometime this year. The premiere was originally scheduled for August but was delayed due to the coronavirus pandemic.

Hawkeye, Loki, She Hulk and Ms. Marvel are also getting their own shows and fans can also look forward to an alt-universe animated show called What If.

WandaVision will premiere later this year.