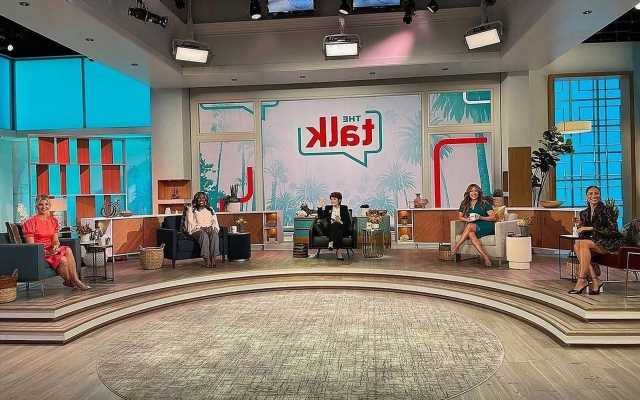 The CBS talk show has been picked up for another season by the Eye after the Osbourne matriarch left following the drama between her and co-host Sheryl Underwood.

AceShowbiz -The U.S. show’s co-host Sharon Osbourne quit following a race row earlier this year (21) and now it has been renewed for a 12th season without a permanent replacement for the outspoken Brit.

Osbourne exited “The Talk” in March (21) following a heated on-air chat about comments her friend Piers Morgan had made on a British breakfast show about Meghan, Duchess of Sussex’s controversial TV chat with Oprah Winfrey.

Sharon challenged co-host Sheryl Underwood when she called Morgan racist and demanded the comedian didn’t cry on camera when she was asked to explain her remarks.

“The Talk” was yanked from the TV schedule for weeks after the drama and the wife of Ozzy Osbourne was not part of the panel when it returned.

Her spot has been filled by actor Jerry O’Connell, among others, in the past two months.

However, all the drama hasn’t prompted network bosses at CBS to yank the show, which debuted in 2010 and currently features dancer and TV personality Carrie Ann Inaba, Underwood, actress Amanda Kloots, and Elaine Welteroth. Last month (May21), Ozzy Osbourne heaped praise on his wife for the way she has coped with “The Talk” controversy, stating, “She’s been through the mill of it. All I can tell you is if my wife was slightly racist I’d tell you… She’s possibly the most un-racist person I’ve ever met. And I’m not just saying that, you know.”

“But she’s weathered the storm… She’s marching on, but it’s still an unpleasant issue. It’s one of them things once you’re accused of it, it’s very hard to shake off (sic).”