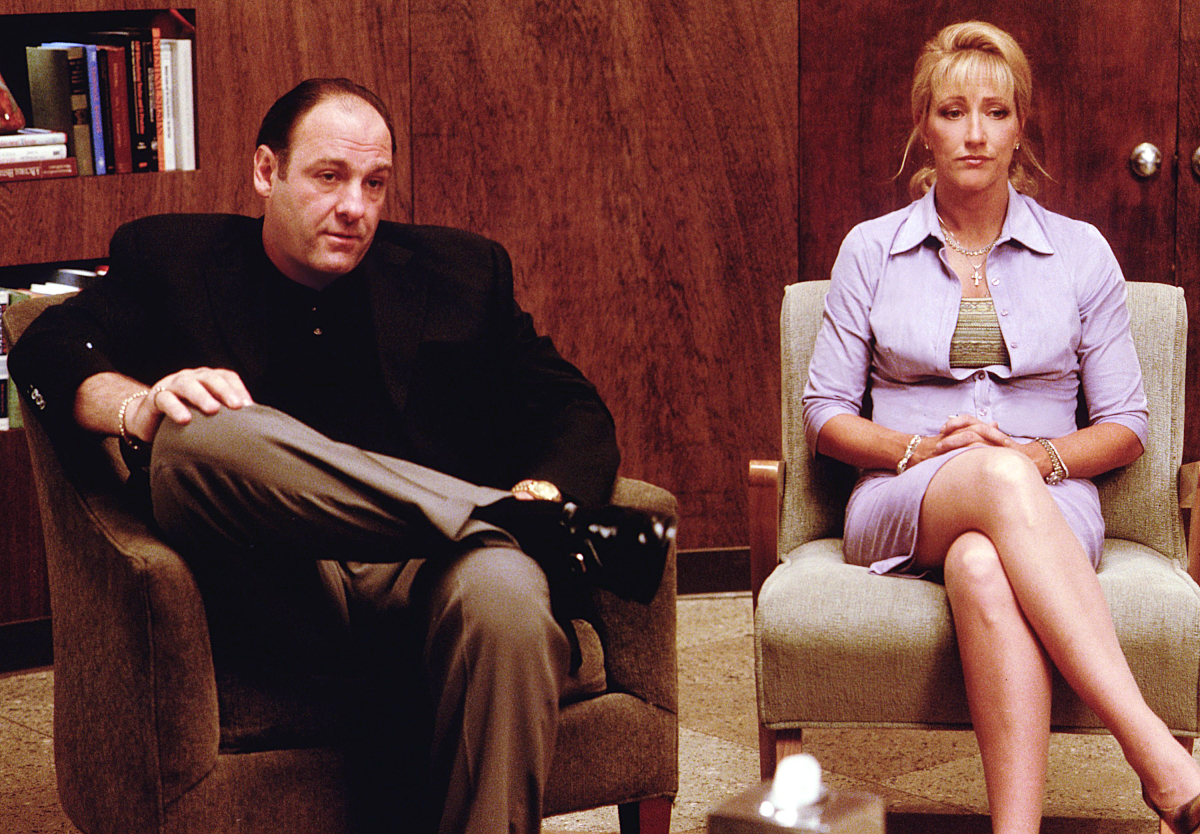 The Sopranos star Edie Falco played mob wife Carmela opposite James Gandolfini’s Tony for six seasons. The marital chemistry between the two actors had viewers convinced that they were a real-life couple. And Falco admits that Carmela and Tony’s marriage was the longest intimate relationship she’s ever been a part of. But, of course, it was all just part of the job.

Also, unlike Carmela, Falco was not a good cook, nor would she eat the rich dishes that they often sat down to. According to Falco, she had some tricks on set to avoid doing something that Gandolfini did in “every frigging take.”

Despite the fact The Sopranos is one of HBO’s most successful series of all time — and it sent Falco’s career into the stratosphere — the 58-year-old admits she’s never seen it.

She recently attempted to watch the whole show with one of her closest friends, Aida Turturro (Janice Soprano), who had also never seen The Sopranos. But after just four episodes, they had to stop because Falco couldn’t handle seeing Gandolfini, who died in 2013 at the age of 51 from a heart attack. 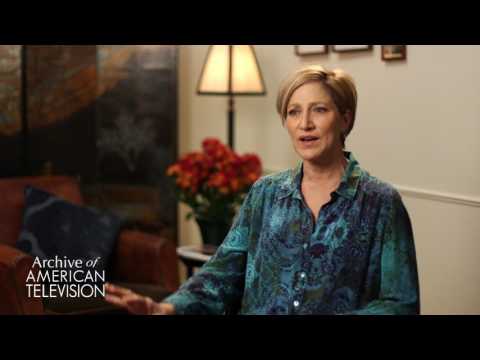 “It was too fraught, and a big part of that is Jim [Gandolfini],” Falco told The Irish Times. “People die and you move on, then you see them on screen, and it is too shocking. And Jimmy and I were kids then. Neither of us knew what we were doing, but we worked in the same way, not preparing, but like kids in a sandbox. Aida and I watched a few episodes and I said, ‘This is killing me,’” she explained.

While promoting her latest project Impeachment: American Crime Story in the UK, Falco recalled her days on The Sopranos. She says that people still think of her as an embattled wife more than a decade after the HBO series ended because her on-screen fights with Gandolfini were so devastating.

Falco says that her and Gandolfini’s marital chemistry was partly due to the fact that they rarely saw each other away from the set. Viewers weren’t the only ones who felt like the couple was really married — so did Falco.

“I adored Jimmy, but we didn’t hang out a lot. So when I looked in his face he wasn’t Jim, he was Tony,” Falco said.

Falco also revealed that she and Carmela have almost nothing in common. Most notably, Carmela was the maker of the greatest baked ziti on Earth, but Falco can’t cook.

“Not even close,” Falco confessed. “If you watch the scenes in the show where I’m supposed to be cooking, you’ll see the camera never showed my hands, because I have no idea how to do that. That food is not even the kind of stuff I eat. I was vegetarian on the show, and I became vegan in the past 10 years.”

Falco never ate lasagna or any other meaty pasta dish served up on The Sopranos. Instead, she and her co-stars faked it. Everyone except Gandolfini.

“We learned tricks so it looked like we were eating, but we weren’t. But Jim ate in every frigging take, and he ate between takes,” Falco revealed.

Falco remembered one specific scene they shot where Gandolfini was eating a bowl of ice cream. She says that in every take, he would eat the sweet treat and then refill the bowl. After a few takes, Falco realized that her co-star wasn’t listening to her.

“He had gone into a sugar coma! We had to stop and shoot the rest of the scene another day. He was like a five-year-old: ‘The ice cream is good. I like it!’ I was, like, ‘You gotta stop, you’re gonna get sick!’” Falco recalled.

Edie Falco was cut from ‘The Sopranos’ prequel

Falco says that Carmela was a character who had everything she wanted — house, kids, and money. She admits that by the end of The Sopranos she felt like part of herself behaved like Carmela — as if the character was her alter ego.

When The Sopranos creator David Chase asked her to do a monologue as Carmela for the prequel The Many Saints of Newark, she says she easily transitioned back into the character. 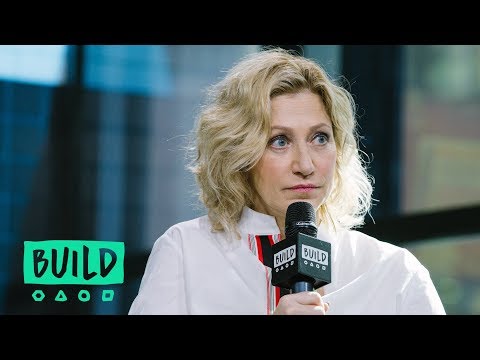 “And then, just like that, I was Carmela again, which felt so crazy, because I’m such a different person now to who I was then,” Falco said.

Even though the monologue was ultimately cut from the film, Falco says she had fun working with Chase again.

“I honestly couldn’t care less about it not being in the movie. It’s always just about the work,” she says.

Fans can stream every episode of The Sopranos on HBO Max.