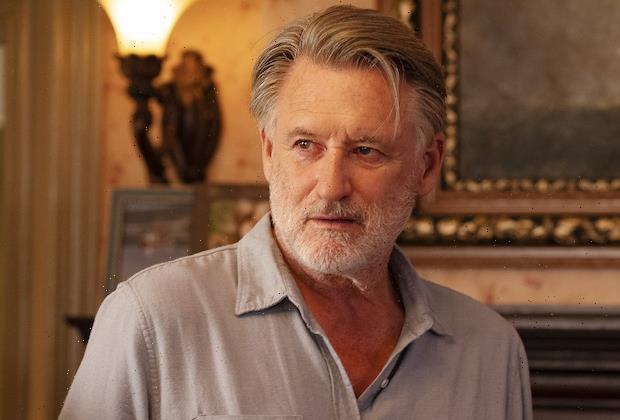 USA Network announced Wednesday that The Sinner will end with Season 4, culminating in “a satisfying close to Ambrose’s journey.”

“It’s been a huge pleasure and a privilege to be able to tell the kind of stories we have on The Sinner these past four seasons,” series creator Derek Simonds said in a statement. “[Universal Content Productions] and USA have been ideal partners and continually supportive of our creative goals, and I’m so pleased to complete Harry Ambrose’s dramatic series-long arc as we intended in this final season. A huge thank you to my partner-in-crime, Bill Pullman, and to the talented actors, writers, directors, and crew who gave their all to help realize this show. It’s been an incredible journey.”

The Sinner‘s first season, which bowed in 2017, was based on the Petra Hammesfahr crime novel of the same name. It starred executive-producer Jessica Biel as a troubled mother who fatally stabbed a man during a beach outing, seemingly at random. A second season followed in 2018, and starred Carrie Coon (The Leftovers) as a member of a mysterious cult who claimed to be the mother of an 11-year-old boy brought up on murder charges. Season 3, meanwhile, aired in 2020, and placed a prep school educator (played by White Collar‘s Matt Bomer) at the center of an apparent car accident that (of course) turned out to be something much more sinister.

In its fourth (and now final) season, which premiered Oct. 13, a newly retired Ambrose traveled to Hanover Island in northern Maine for a recuperative getaway with his partner Sonya, where he soon witnessed an unexpected tragedy involving Percy Muldoon (Orange Is the New Black‘s Alice Kremelberg), the daughter of a prominent fishing family.

With The Sinner coming to an end, and Chucky technically a Syfy original being simulcast on its sister network, it would appear as though USA — once home to such Blue Skies fare as Burn Notice, Psych, Royal Pains, Suits and the aforementioned White Collar — is officially out of the scripted originals business. Current unscripted originals include America’s Big Deal, Chrisley Knows Best, Miz & Mrs. and Temptation Island.

TVLine’s Cable Scorecard has been updated to reflect The Sinner‘s demise. Are you sad to see the crime drama come to an end? And what have you thought of Season 4 so far?