The Real Full Monty On Ice is airing on ITV and the series, which promotes cancer awareness, is back with a twist. The exciting challenge will, for the first time, take place on ice as part of a winter special. A total of 11 celebrities will take part this year and Express.co.uk has all you need to know about the lineup.

Which celebs are taking part in The Full Monty On Ice?

BBC journalist and broadcaster, Dame Jenni Murray, said she was “flabbergasted” when she was first told about the show, which sees professional skaters team up with celebs for an eye-opening Full Monty performance.

The 70-year-old is known for presenting BBC Radio 4 Woman’s Hour, and she stepped down from her radio role in October 2020.

She said she had spoken a lot about breast cancer on her show and was determined to encourage people to open up about symptoms.

Linda Lusardi is an actress and former model, and the 62-year-old is best known for being a Page 3 girl in The Sun newspaper.

She is also a soap star, having taken on roles in The Bill, Hollyoaks, Brookside and Emmerdale.

Lusardi has a one-up on her other contestants as she took part in Dancing on Ice back in 2008, finishing in sixth place.

She ended up breaking a bone in her foot and had to take some time out, meaning she had a lot of catching up to do, but managed to pull through.

Dr Zoe Williams is a trained physician and TV personality who is best known for her appearances on Trust Me I’m A Doctor and Easy Ways To Live Well.

The practising physician also appeared as the character Amazon on the well-known series Gladiators, and she is known for being a huge fan of sports.

The star is on Twitter and she shared a photo of herself with her fellow contestants on the ice, saying: “Who knew you could become emotionally attached to shivering, falling over & being uncomfortably exposed.

“Never thought I’d say this! BUT! I want to do it all again. All in the name of cancer awareness.” 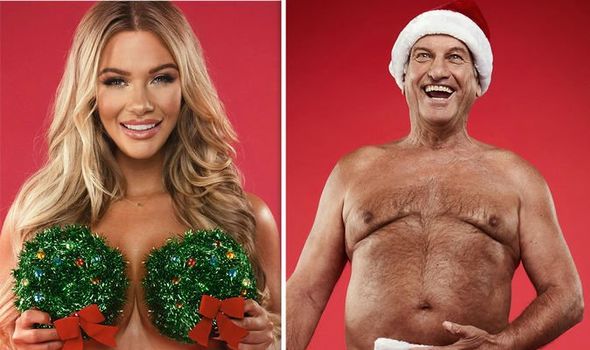 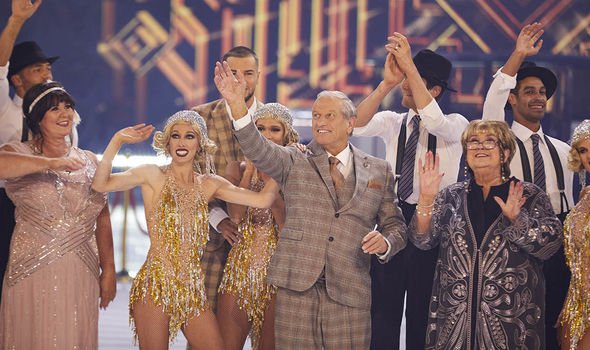 Hayley Tamaddon is a British soap actress who is best known for her roles in Emmerdale, Coronation Street and Shameless.

The 43-year-old revealed she had taken part in the Full Monty show in memory of one of her best friends, who died from cancer six years ago.

She had made a promise to her friend to sign up to anything that was in aid of cancer awareness, and she has stayed true to her word.

She shared a photo of herself on the ice on Twitter, and fans have offered her plenty of support and encouragement.

Shaughna Phillips is a reality TV star who is best known for being one of the contestants on the dating show Love Island.

She also took part in Celebs Go Virtual Dating, and this new venture adds to her list of daring experiences.

Phillips shared a photo of herself on Instagram, ahead of the new show’s release, saying: “It’s all systems GO, GO, GO here at rehearsals and we’re so excited to show you what we’ve been working on! All in aid of raising awareness for cancer.

“The two show spectacular will be airing on @itv on the 14th & 15th December, and with the 14th December being the anniversary of my dads passing, I want to make him as proud as I possibly can [sic].” 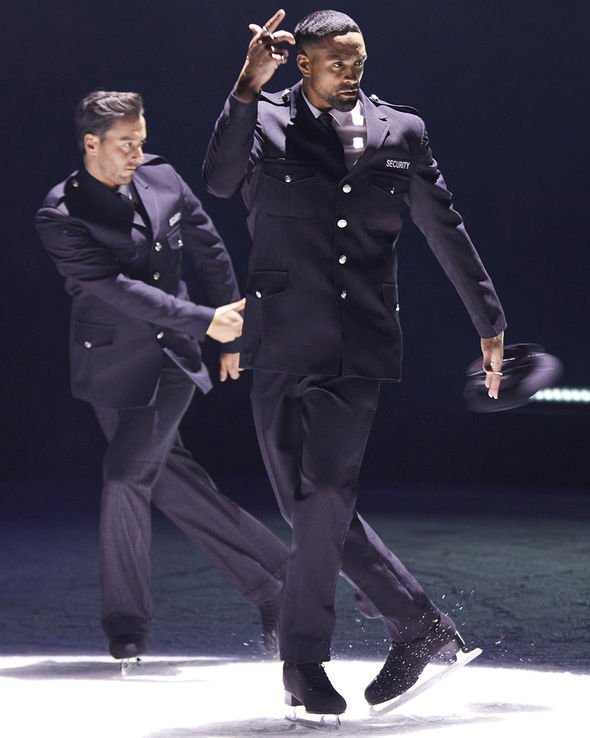 Bob Champion MBE is a well-known jockey who won the Grand National back in 1981, and the 72-year-old is tackling a completely new challenge.

The racing star set up The Bob Champion Cancer Trust after winning the Grand National on Aldaniti.

The trust raises funds for the largest male-dedicated cancer research facility in Europe.

Champion has himself had cancer – he was diagnosed with testicular cancer in 1979 and was grateful to have recovered.

He said the show was a great idea to encourage people to get their bodies checked.

Chris Huges is a model and TV personality who is best known for his role on Love Island.

The 27-year-old, who is also a former footballer, wanted to take part in the new series as his brother was diagnosed with testicular cancer.

He said it was important to raise awareness, but admitted the added ice element would make the challenge even more difficult.

Hughes is also a huge supporter of Movember, and has worked with the show’s presenter, Ashley Banjo, to promote awareness of testicular cancer. 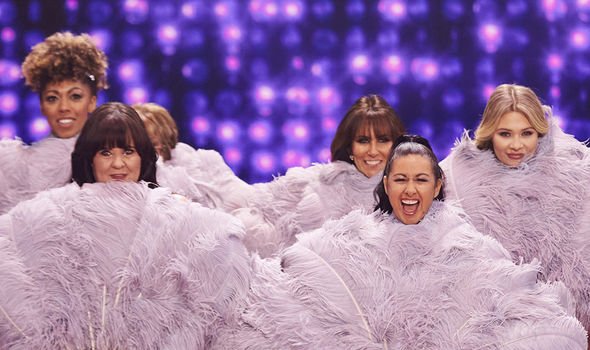 Jake Quickenden is a singer who took part in The X Factor, as well as I’m a Celebrity…Get Me Out of Here! in December 2014.

Like Lusardi, Quickenden is familiar with the challenges posed by ice as he took part in the 10th series of Dancing on Ice in 2018.

He went on to win the series, so the other contestants will be getting plenty of advice from him.

The singer said he has wanted to take part for many years as he lost his dad and younger brother to cancer, and his mother also had skin cancer.

He has plenty of reasons to take to the ice once again, and fans will be fully behind him.

Jamie Lomas is a British soap actor who is best known for his roles in Hollyoaks, Eastenders and Coronation Street.

The 45-year-old has a reputation to live up to as his brother-in-law, Matthew Wolfenden, has previously taken part in the show.

He revealed his dad had prostate cancer, and this was his way of giving something back to a good cause.

Perri Kiely is known for being one of the members of the famous dance group, Diversity, alongside the Real Full Monty presenter Banjo.

Perri is already familiar with the show, as he said he had been working behind the scenes, getting men ready for their performances.

The dancer is also familiar with the ice as he took part in the 12th series of Dancing on Ice in 2020, finishing as a runner-up.

Fans are confident he will find this challenge a breeze, and they are looking forward to his performance.

Gareth Thomas CBE is best known for being a former professional rugby player who represented Wales.

The 46-year-old’s latest venture may prove difficult as he will have to channel grace and poise on the ice, as well as bring some personality.

The star, nicknamed Alfie, said the prospect of the show was a scary thing, but he was doing it in memory of his grandad who died from cancer.

He said it was a crazy thing to take part in, but it was all worthwhile as it was helping such an important cause.

The Real Full Monty On Ice starts tonight on ITV