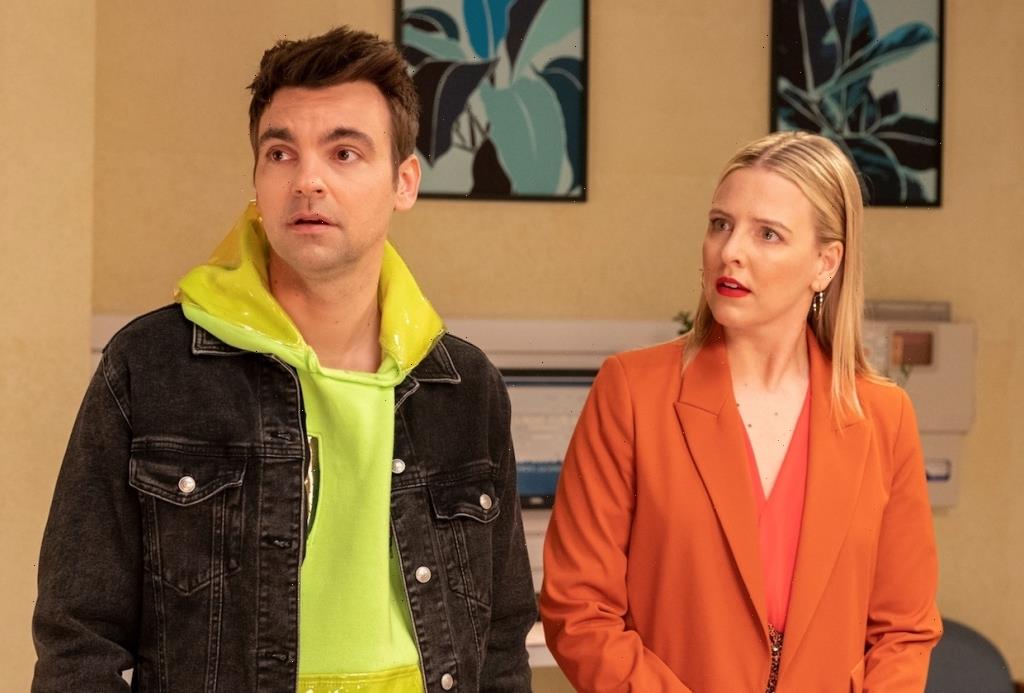 Warning: This post contains spoilers for Thursday’s Season 2 finale of The Other Two.

Things were just going a little too well for The Other Two‘s Brooke and Cary, weren’t they?

In Thursday’s Season 2 finale, the two less famous siblings were poised on the brink of professional success: Brooke had lined up songstress Alessia Cara as a new client, and Cary’s big movie Night Nurse was back on, thanks to his, um, viral fame. They were riding high as they attended Chase’s fashion show, but then everything came crashing down. An overworked Pat collapsed on the runway — that monstrosity Chase dressed her in couldn’t have helped — and Chase berated Brooke and Cary for ignoring their family in pursuit of fame. (He never even wanted to do a fashion line in the first place.)

“We sort of knew from the get-go that we wanted to give Brooke and Cary a little bit of success this season,” co-creator and executive producer Sarah Schneider explains, “to change their landscape, to change the things they’re dealing with, to give them new challenges. We also knew that we wanted to do this sort of finale switch at the end of the season, where Chase and Pat end up being ‘the other two.’ We wanted to see this perspective shift.” 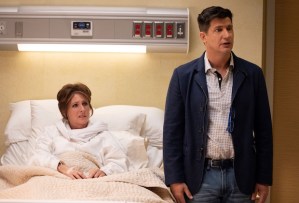 Pat, of course, never complained, even when working herself to the point of utter exhaustion. (The poor thing was falling asleep sitting up with her eyes open.) As Schneider says, “it’s sort of her running throughline this season: ‘Can’t complain!’ Even as she starts drowning, everything but her head is underwater, she’s like, ‘It’s OK! Can’t complain!’ She never wants to seem ungrateful for everything she has, which is such a great, sweet quality in her, but it’s what leads [to] her ending up in the hospital.”

Streeter, of all people, stepped up and sacrificed his romantic tropical getaway with Pat, taking her kids along with them for some much-needed R&R — and forcing Brooke and Cary to choose between career and family. “We like that ending for Streeter because, for two seasons now, he’s been pushing to be a part of the family, but this is the first time we’ve actually seen him act in the benefit of the family,” Schneider notes. “So that is what truly allows him in for the first time… We really liked that sort of redemption for him after two seasons of insecurity and scrambling.”

Brooke and Chase joined Pat and Streeter on vacation while Cary stayed back to film Night Nurse, but in a Marvel-esque mid-credits scene — “Thank you for referencing Marvel!” Schneider exclaims — we learn that his big movie began filming on… March 13, 2020. (Yikes.) The EP stops short of confirming that a possible Season 3 would tackle the COVID pandemic, though: “We sort of like leaving it a little bit open-ended, but at the same time continuing our theme of absolutely humiliating Cary and kicking him while he’s down at every turn… We liked the idea that Cary would take the movie, but we still wanted to undercut that a little bit.” 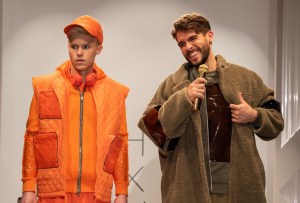 We were thrilled to see Brooke’s goofy ex Lance back for the final episodes, and Schneider was, too. (“He’s my favorite character,” she jokes. “Don’t tell anyone else. Don’t print this.”) Even though he and Brooke aren’t currently together, “we do think that he is sort of like her romantic foil in the long term, hopefully,” the EP admits. Plus, that means we get more great gags like the shirtless shirt design Lance unveiled in the finale, with a transparent window across the torso. “We had two or three meetings about that shirt,” Schneider remembers with a laugh. “We were like, ‘Is the color right? Can you see it? We can light it in a certain way…’ We really cared about that joke.”

The Other Two hasn’t been renewed yet for Season 3 — what are you waiting for, HBO Max?! — but Schneider says she and the other writers are keeping all of their options open: “We liked the idea of this season ending a little more open-ended, so if we got to a third season, we could go in any number of directions… We think the next season could potentially jump forward in time, if we wanted to. It could start right again in real time. We could make some big choices.”

Give the Other Two finale a grade in our poll, and then flood our comments with pleas for a Season 3.