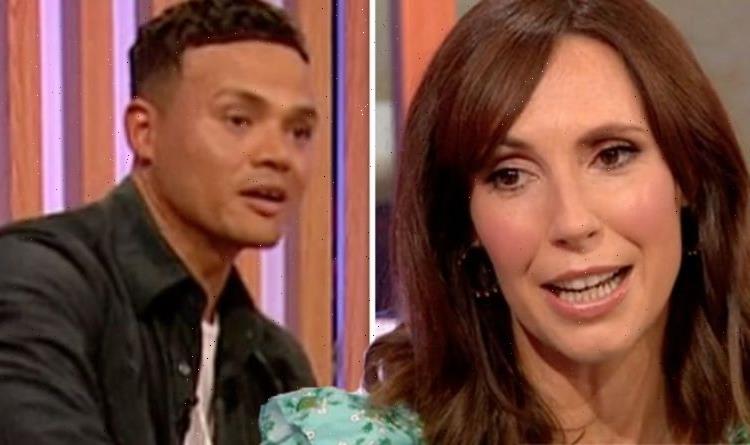 Fans of The One Show will be left disappointed on Wednesday evening as the BBC show won’t air at its usual time of 7pm. The magazine show has been removed from the schedule to make way for coverage of RHS Chelsea Flower Show 2021. Alex Scott and Jermaine Jenas confirmed the shake-up at the end of Tuesday’s The One Show.

The One Show airs on BBC One on weekdays at 7pm but on Wednesday Alex and Jermaine were missing from the channel.

On Tuesday, Alex explained: “We are not on air tomorrow because of Chelsea Flower Show but we will be back on Thursday.”

Clarifying the news, The One Show’s official page tweeted: “That’s all from us tonight, we’ll be back on Thursday with [Natalie Imbruglia], [JJ Chalmers] and [Greg James].”

Read more: Monty Don’s family were in 170-year-old feud with the RHS

RHS Chelsea Show is being held in the autumn for the first time in its 108-year history.

Coverage of the horticultural event, which began on Sunday, continues on Wednesday.

Earlier in the day on Wednesday, the presenters looked at how the growers and designers keep their exhibits looking fresh all week long.

Meanwhile, Monty Don and Joe look at how gardening can improve our mental health over on BBC Two at 8pm.

The One Show will return on Thursday and will be followed by RHS Chelsea Show on Friday.

Coverage of the event concludes on BBC Two on Friday at 8.30pm.

On Wednesday, host Sophie tweeted: “Craig David, my mum and dad, Monty and a Dahlia.

“That’s @The_RHS Chelsea for you. Tonight on @bbcone 7pm (minus the parents).”

Death in Paradise star Ben opened up on his new book How I Became A Dog Called Midnight based on his beloved pet.

Ben explained: “I had an idea that I was going to write a story for each of my children.

“So The Night I Met Father Christmas was for my eldest son Jackson then The Boy Who Made The World Disappear for my son Harrison, The Day I Fell Into A Fairytale for my daughter Larna and then I ran out of my kids.

“So I was sitting at home thinking, ‘What am I going to write my book about?’ My eyes fall on our dog who’s enormous and is like a man in a bear suit.