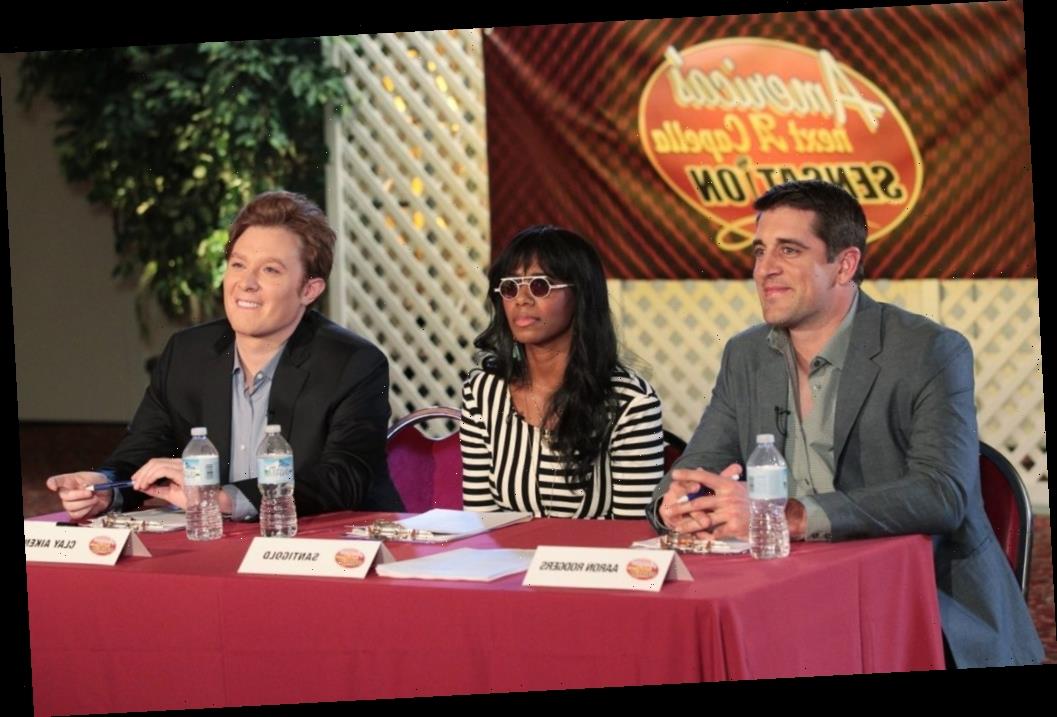 There is no shortage of celebrities who made appearances on The Office. Fans may recall that Idris Elba, Amy Adams, Kathy Bates, and Will Ferrell all had a place in the cast at some point during the show’s nine seasons. However, as the aforementioned people are all actors, it wasn’t too shocking for fans to spot them in their favorite comedy. But when pro footballer Aaron Rodgers made a guest appearance in the penultimate episode of The Office fans were completely floored. So just how did Rodgers wind up in the show? 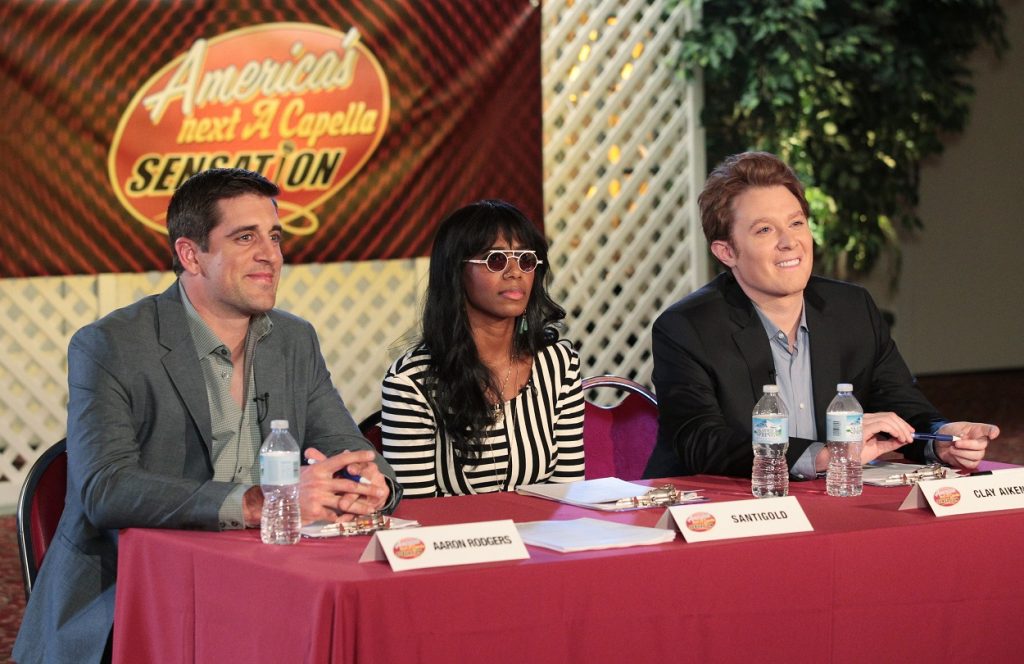 Superfans of The Office will recall that Rodgers played himself in the “A.A.R.M” episode of Season 9. When Andy Bernard auditions for America’s Next A Cappella Sensation he is met by host, Mark McGrath and three judges: Clay Aiken, Santigold, and Rodgers. As Santigold, McGrath and Aiken are all singers, and Aiken himself rose to fame from a reality TV competition show, their appearances on the show were less surprising for fans. Rodgers’ appearance, on the other hand, was a bit more shocking. However, it turns out the quarterback has a personal connection to a member of The Office cast.

How Aaron Rodgers ended up in an episode of ‘The Office’

In an interview with Office Tally, David Rogers, who directed the “A.A.R.M” episode of The Office revealed that Rodgers was a close friend of Brian Baumgartner, who played Kevin on the show. When they were rounding up celebrities to be in the episode, Baumgartner asked the football player if he’d want to have a cameo and he was more than up for the experience.

“We reached out to a small group of celebrities that we thought would be good and Clay Aiken and Santigold were game,” The Office director shared. “Brian Baumgartner asked his buddy Aaron Rodgers if he was interested, and the rest is history! When I heard Mark McGrath was available to play the host who gives Andy and the people on line the rundown, I was ecstatic! They were all fantastic to work with and really hit it out of the park!”

The quarterback is good friends with Brian Baumgartner

Perhaps the reason that Rodgers was so game for being in an episode of The Office is that he’d been a fan of the hit comedy for years. In fact, when Rodgers first met Baumgartner at a celebrity golf event back in 2008, he couldn’t help sharing that he was a big fan of the show. Funnily enough, Baumgartner had no clue who Rodgers was, at the time.

“In 2008, which was my first year, I was there and I was sitting next to a guy at a blackjack table who told me he was a big fan and it turned out he was Aaron Rodgers,” Baumgartner shared in an interview with ABC. “I had no idea who he was, no clue. This is the Summer before he became a starter and I’m like oh you’re the cow guy who’s never gonna play because of Brett Favre, right.”

Despite the fact that The Office star didn’t know who Rodgers was at the time, they still hit it off and formed a fast friendship. “And we became very, very, good friends since that time, 13 years ago,” Baumgartner shared about his buddy, Rodgers. “We play a lot of golf, we keep up and I try to come up to Green Bay once or twice a year to see the Packers.” It’s pretty cool that Rodgers got to be in the show that he was such a big fan of. We’re sure fans of The Office who also love football appreciated his cameo also.