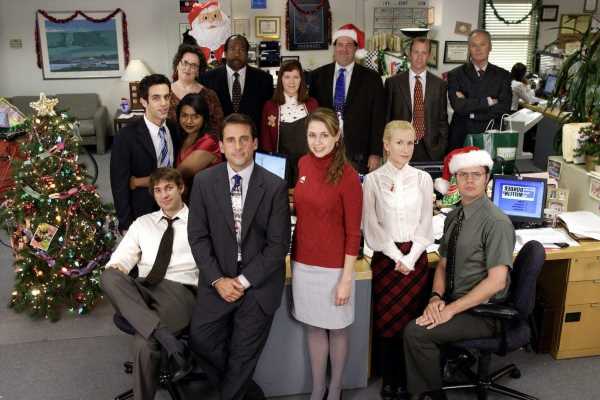 Jenna Fischer has pinpointed The Office’s “saddest scene ever” and it’s in the “Moroccan Christmas” episode. Fischer and Angela Kinsey discussed the episode on the Office Ladies podcast, with the two breaking down the moment that Phyllis reveals an office secret and Andy is completely out of the loop.

Jenna Fischer called this ‘The Office’ scene the ‘saddest ever’

During the Aug. 11 episode of the Office Ladies podcast, Kinsey and Fischer discussed the season 5 episode “Moroccan Christmas,” which sees the Dunder Mifflin employees having a holiday party organized by Phyllis. She’s holding all the power over Angela because Phyllis knows Dwight and Angela are having an affair. Angela finally has enough of being bossed around and fires back at Phyllis, who decides to tell everyone about the affair.

Fischer moved the podcast conversation to this moment, saying, “Should we talk about the saddest scene ever?”

Kinsey agreed, noting, “Saddest scene ever. It all starts because Angela is done. She is done with Phyllis.”

Kinsey continued, “Phyllis and I absolutely loved this episode. We got to do so much together, even more than you even see in the actual episode. I can’t tell you how amazing it felt as Angela Martin to turn to her and say, ‘Shut up.’ It felt so good.”

“And I was really proud of this scene. I thought Phyllis and I really had this perfect chemistry in this moment,” she added. And then she tells everyone and she shames Angela Martin in front of the whole bullpen. And when she did, I was so in the moment with her, I felt the heat of my skin, like my face started to flush.”

Kinsey said the scene made her cry

Kinsey went on to share how this kind of scene, where “everyone is looking at you,” is nerve-racking. “And I really just … I was, as the character, I felt like I couldn’t get out of there fast enough. And then Andy walks in.”

Everyone is stunned by the news and then Andy enters to sing “Deck the Halls.” Kinsey shared, “They thought it would be funny, the juxtaposition of this sort of very cringey moment for Andy to be playing this upbeat song.”

Kinsey also said that she felt the emotions bubbling up in that moment. “We’re all just staring at him. And Ed [Helms] played the moment so perfectly,” she shared. “My heart completely broke for Andy. I felt so bad for him and I started to cry.”

She added, “Yeah, I actually cry. If you look at this, it pushes in on my face and I’m completely tearing up.”

The cast was directed to keep their reactions real and authentic. “It felt really heavy,” Kinsey explained. “And I felt horrible. And I started to cry. You know, in rewatching it all, I just thought this episode was written and directed and acted so, so well.”