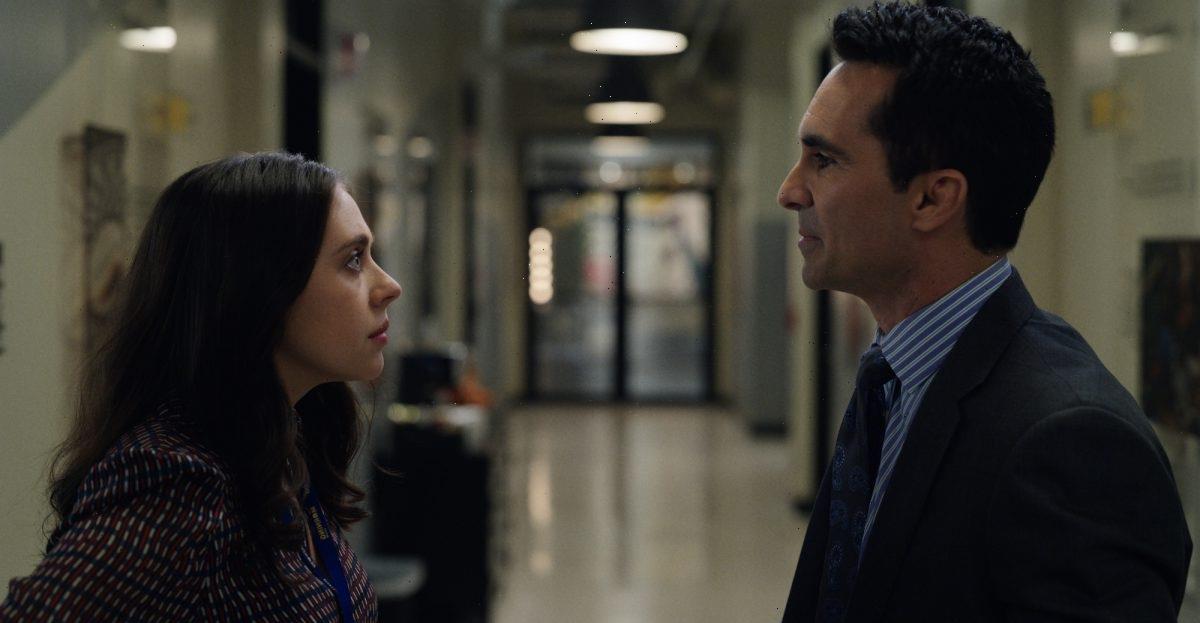 After nearly two years away, The Morning Show fans will finally get to pick up with their favorite characters. However, not everyone is there right away when Season 2 returns. Weatherman Yanko Flores (Nestor Carbonell) is still giving the forecast, but Claire (Bel Powley) is nowhere to be seen.

“I think we pick up six months after the end of season 1 where she breaks up with him,” Carbonell told Showbiz Cheat Sheet in a Webex interview on Sept. 10. “He still loves her, he’s still heartbroken, he’s still hoping that there’s a chance, there’s a chance they can get back.”

Claire and Yanko were secret lovers. Their relationship formed at the same time as Mitch Kessler (Steve Carell) got caught coercing colleagues into sexual relationships. Yanko and Claire were legitimately in love, so kept their relationship secret.

However, Yanko encouraged them both to come forward to HR and make their relationship above board. Yanko felt relieved but the HR inquiry caused Claire more stress. In the season finale, she broke up with Yanko. When Season 2 returns, Claire is not even working on The Morning Show anymore.

“She’s left the show,” Carbonell said. “Claire has gone to England and no clue as to whether she’s going to come back in any way, shape or form. So she’s really left him in limbo to pick up the pieces on his own.”

Season 2 of The Morning Show begins on New Year’s Eve 2019 and depicts the beginning of 2020 and the coronavirus (COVID-19) pandemic. Along the way, Carbonell says Yanko misses Claire “in the biggest way possible… which is great because we find him in such a vulnerable state only for him to fall into hot water at work as well and become extremely vulnerable there which is always a dream for an actor to get to play.”

Carbonell spoke more about the hot water Yanko finds himself later in the season. We’ll share that when viewers get a chance to see those episodes of The Morning Show. In the meantime, Carbonell looked back on season 1 with Powley.

The HR meeting was an elaborate scene. The episode intercuts between Yanko and Claire’s interviews to show how each one responds drastically differently to the questions. One shot begins on Claire’s interview and spins around the table. By the time it gets back around, Yanko is sitting in the chair, but the camera has not cut.

“That was a lot of fun because we start that interview in the HR thing where Claire is in the seat, the camera spins around and then she quickly has to go there,” Carbonell said. “I think she had to hide so she couldn’t be seen. Then I had to slip in the chair. It was a great little Hollywood move where you’re shifting people or shifting props without having to cut or do a special effect.”

Carbonell did not recall specifically if Powley hid under the table. He joked that the trick was entirely professional.

New episodes of The Morning Show premiere Fridays on Apple TV+. We’ll have more with the cast throughout the season on Showbiz Cheat Sheet.