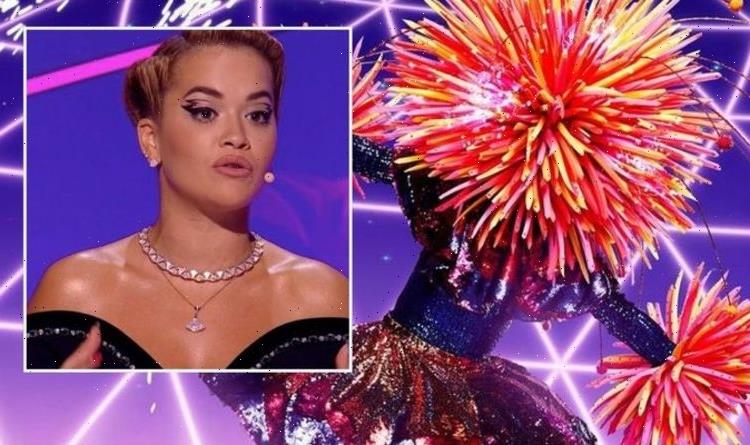 The Masked Singer UK is back with its third outing and is already creating a huge buzz amongst ITV fans on social media. Next week, five masked celebrities will battle it out in the competition. Over the weekend, Firework and Doughnuts were uncovered after receiving the fewest public votes. Much to the surprise of viewers at home, Firework was unmasked by none other than actor Jamie Winstone. Fans flocked to social media to express their shock at the show’s latest elimination.

On Twitter, John Williams wrote: “I can’t believe that firework is @JWinstone and good on her for being on the show @MaskedSingerUK.”

While one fan guessed correctly moments before the big reveal.

Unlike Steps singer Claire Richards tweeted: “Wow!!! Never in a million years would I have got that @MaskedSingerU #firework.”

In the latest VT, Firework revealed they have been around for a long time in history and has seen their fair share of drama before adding “Period” which led viewers to believe the celebrity was part of a period drama show.

The hidden star had explained: “Last time the panel was struggling to see who I am I’m hoping to keep it that way a little longer.”

“Fireworks are modelled to be colourful and create joy and happiness.”

In a previous set of clues, Firework said they loved to dress up and they “love labels”, adding: “But there’s one that you might know me for most of all.”

Some key props that could possibly be clues have also been scattered around Firework’s VTs, including some ice skates, fox-patterned socks and a block with the letters “ALBTRE”.

Jamie is perhaps better known for playing Becky in the film Kidulthood as well as playing Kelly in the E4 horror series Dead Set.

However, after Firework’s performance on Saturday, some fans were surprised by Jaime with viewers predicting a Coronation Street was hiding behind the mask instead.

Jamie Edwards added: “I tend to dip in and out of @MaskedSingerUK so not seen every performance, but… just saw Firework and that’s 100% Katherine Kelly.” (sic)

Janeymull revealed: “Is #firework @katherine_kelly period drama, corrie, manchester accent. I miss her face so much. She was class in Mr Selfridge as Lady Mae. @MaskedSingerUK #MaskedSingerUK.”

Firework was eliminated by the public without having the opportunity to perform in the sing-off.

Speaking after her elimination, Kidulthood star Jaime said that it was a “no brainer” taking part.

Her close friend and judge Rita divulged that she once labelled Jaime as a ‘firecracker’ – and was left dumbfounded that she didn’t guess it was her behind the mask.

Doughnuts was shortly followed after his latest performance in the sing-off sent him packing, the colourful character was uncovered as football legend Michael Owen.

After being eliminated from the series, Owen said he “surprised” himself by being able to sing in front of a live audience, adding that he was “petrified” to begin with.