Baby Yoda is not the Jedi-Master who features in the iconic Star Wars movies, as was established in the first season of The Mandalorian, but rather an infant of the same species. Therefore the connection to the spiders in season two, episode two is actually related to Yoda, who has encountered their kind before in the original trilogy. With many throwbacks to the movies integrated into the sci-fi series, this is another one Disney Plus viewers are bound to enjoy.

In episode two of the latest season, The Mandalorian (played by Pedro Pascal) continued on his quest to find more of his kind who have been scattered across the galaxy.

After fighting off bandits who were trying to get their hands on Baby Yoda, Din Djarin undertakes another treacherous task to find out more information about the Mandalorians.

This includes transporting a new character called The Frog Lady to the Trask moon where she will be reunited with her husband.

Once he has fertilised her eggs, it was promised she would give the Bounty Hunter-like-character the details he needed to track down his clan.

The journey is all but peaceful, with The Child eating some of the eggs and the protagonist having to take refuge on an ice barren planet to avoid capture by the New Republic patrol. 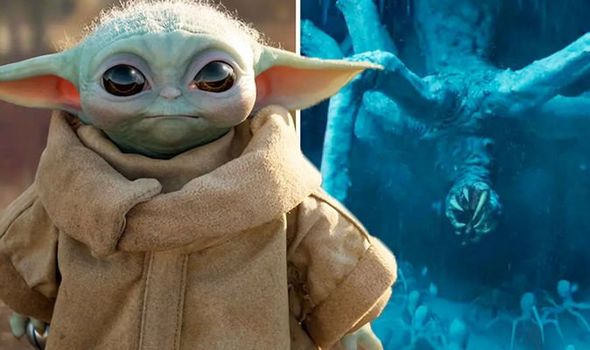 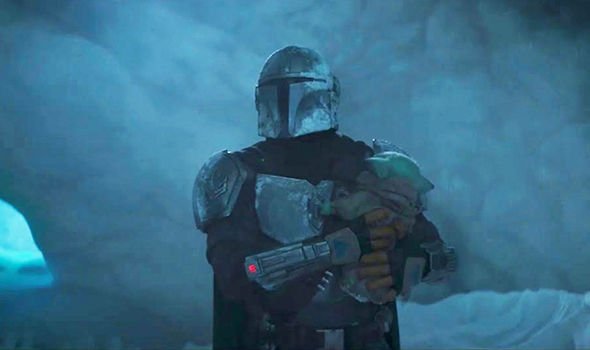 As the Mandalorian makes repairs to his ship, The Frog Lady bathes in a hot water pool with her eggs but the former believed the area to be unsafe.

However, Baby Yoda ventures into an ice cave where he discovers a horde of mutated spiders of various sizes hiding.

There, the giant mother of the insect-like creatures begins attacking the main characters before it is eventually killed when they make their escape from the planet.

To viewers who only watch the hit Disney Plus series, these alien inhabitants might seem like a new enemy, but they actually originate from decades before. 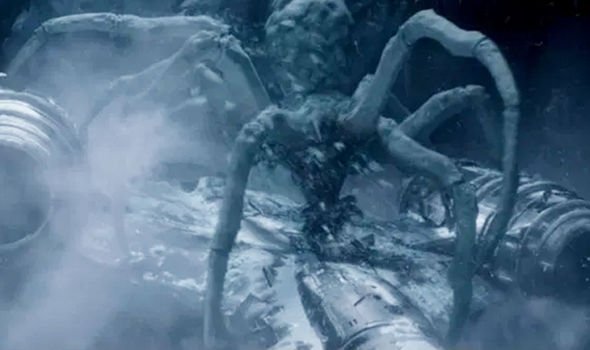 According to reports, the designs for the arachnids were meant to feature in the Empire Strikes Back, which was the second film in the original trilogy.

In this movie, Luke Skywalker (Mark Hamill) ventured to a swamp-like plant to master the force of the Jedi from Yoda.

Creatures of a similar design eventually appeared in the animated television series Star Wars Rebels, which the Jed-Master was also a part of.

Senior content and asset specialist at Lucasfilm, Phil Szostak, took to Twitter to confirm the creatures seen in the latest episode of The Mandalorian were based on the design of the spiders which were meant to feature in the fifth film.

Having watched episode two of season two, one viewer asked: “Can you confirm if the creatures were Krykna or that are completely new creatures inspired by the Ralph McQuarrie art?”

Szostak replied: “They are new! Both inspired by the same design,” to which the fan responded by posting: “That’s so awesome!”

Other viewers who had been watching from home also commented on the arrival of the insect-like alien creatures.

One wrote: “This was a good episode of #theMandalorian! Just an FYI, if you don’t like spiders, then don’t watch the last half of the episode! #babyyoda #mandolorian #DisneyPlus.”

Another added: “Frigging snow spiders!!! It had to be spiders. Scariest thing I’ve watched in a while. #TheMandalorian.”

Whilst a third shared: “I feel very sorry for anyone that enjoys #TheMandalorian and doesn’t like spiders. Yikes.”

“My fear of spiders is through the roof now! I thought Harry Potter two was bad #TheMandalorian,” a fourth opined.

The Mandalorian season one is available to stream in full on Disney Plus, with a new episode for season two dropping every Friday.