From the same team as the hugely popular The Night Manager, John le Carré’s The Little Drummer Girl premiered as the next BBC drama. Following in the footsteps of Bodyguard and The Cry, it has serious expectations to live up to.

After a quite literally explosive start, the Cold War-era tale of espionage to hunt a Palestinian terrorist cell naturally caused confusion from the off.

The episode was a teased to be a thrilling mix between Munich and Mediterranean mystery, actresses and au pairs – but for some the tale of undercover agents didn’t impress.

But there were fans who were confused themselves by the critics, having nothing but good things to say about the new Sunday night fixture, adapted from the novel for TV from by renowned South Korean director, Park Chan-wook.

Others aired their frustration, feeling people had their expectations set too high for all to be revealed in the debut episode. 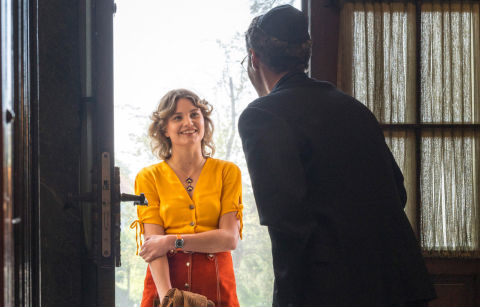 Despite the apparent struggles with storyline, viewers enjoyed the performances from Florence Pugh, Alexander Skarsgård and Michael Shannon.

There is still hope, however. The Little Drummer Girl‘s immediate predecessor,The Cry, had similar teething problems, but ended with high praise indeed. With such a promising start and heaps of production value, the spooks will no doubt uncover some more stormy secrets.

The Little Drummer Girl airs Sundays at 9pm on BBC One