[Editor’s Note: The following review contains spoilers for “The Last of Us” Episode 1, “When You’re Lost in the Darkness.”]

Let’s take a minute to consider the “Last of Us” prologue, a bit of heavy lifting done so elegantly and tactfully that it takes a few viewings to fully appreciate. Right up top, it addresses the biggest meta element working both for and against the show, the idea that the word “pandemic” has been turbocharged in the years since the original game came out a decade ago. It drops in the idea of cordyceps as a casual possibility rather than underline it with a giant red pen. It cedes the floor to scientists to hint at the turmoil that’s about to happen, rather than have some FEDRA lackey do it in retrospect.

It shouldn’t work, having Big Head and Jonathan Carnahan outline the stakes of societal collapse that we’ll see in waves over the course of this entire season. But that combo of “We lose” and the staggered, cut-to-commercial-break reaction segueing right into the opening credits is a deft bit of TV framing, one that should put as much confidence in a viewer as it does anxiety.

Much as the game found success by following the natural outgrowths and consequences of that collapse, this opening episode finds a lot of value in putting Outbreak Day in 2003 and what might come from it. Of course a high-schooler living in Bush-era paranoia would greet the possible end of the world with “Is it terrorists?” Of course the soundtrack for The Last Normal Breakfast Ever would be a Dido song. Everything is normal until it isn’t, a reality that this show effectively draws from our shared past few years.

In directing this episode, Mazin is smart about what to snag from past collapse stories. The gradual cracks in the dam before everything bursts, the police cars passing across nearby windows, the neighbor who gives someone a trial run in how to deal with the “enemy.” But the really effective touches here are what he leaves in the distance. Only getting the tiniest glimpse of what happens to the neighbors after Tommy (Gabriel Luna) runs them over is terrifying. That does a better job of telling you all you need to know about how this thing spreads than seeing what Joel (Pedro Pascal) and Tommy saw in town or getting some ham-handed TV news bulletin spelling everything out.

It’s also an incredible kickoff for that doomed pickup truck ride, a very savvy way to embrace the visual language of the game without sacrificing any tension or storytelling power. It’s maybe the most effective in-car 360-degree camera work since the “Children of Men” ambush scene, and setting it at night really adds to the feeling the three people in that car are driving into hell. 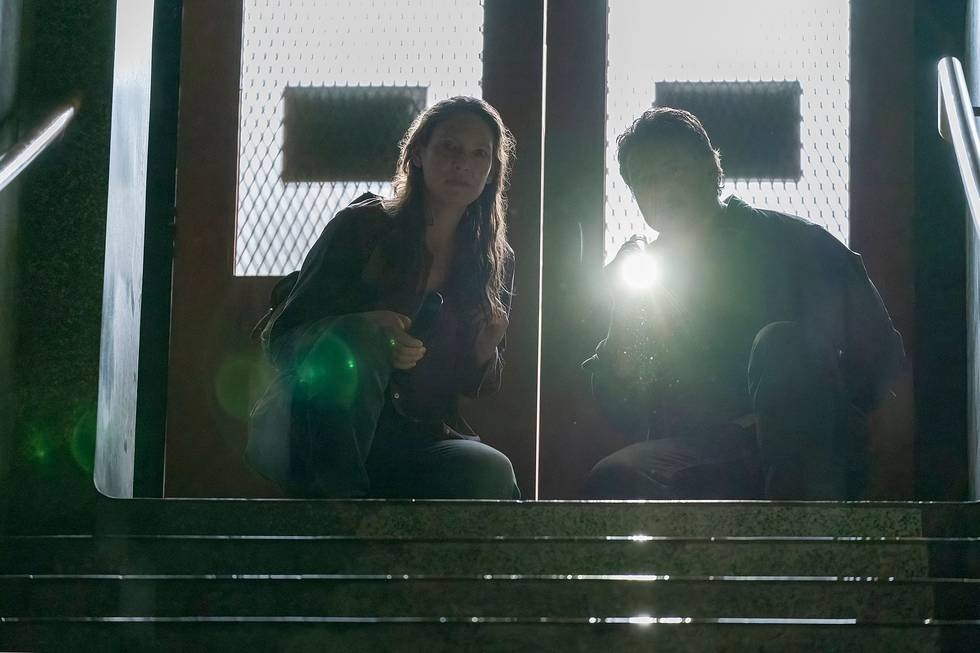 When they get there, it’s a carefully orchestrated brand of chaos that escalates, even as the audience knows that all hope is lost before they even get there. The ride into town offers dribbles of dread: The house on fire, the family trying to hitch a ride (barely hearing what they’re screaming at the passing car is the audio equivalent of seeing Joel’s neighbor become cordyceps dinner way off in the distance a few minutes prior), and the distinct white-knuckle sensation of driving the wrong way down a highway. Once they arrive in town, the giant groups of terrified Austin citizens are almost more unsettling in their uninfected form. Joel banging his hand on the dashboard is almost like a conductor trying to keep time when the orchestra is in shambles. Then the plane crash, the car flip, and everyone’s fate is pretty much sealed.

The bait-and-switch of Sarah (Nico Parker) being our main entry into Outbreak Day, only to have her die hours later, is wrenching enough. It’s how that scene plays out that sets the early expectation that the show isn’t intent on pulling punches. How many times have we seen a tearful death capped off by a poetic goodbye moment? That’s completely absent here. Sarah dies in total fear, without any real last words to offer up to Joel. He holds on to that watch because there’s not much else from that night to hold, in physical or memory form. He can’t even latch onto the face of the officer who shot them, only a beam from a flashlight. That alone feels like enough to harden someone as much as Joel has been hardened.

It makes sense that “The Last of Us,” coming a visual medium that has to translate internationally in a way that even film and TV isn’t pushed to be, is able to capitalize so well on those light touches that don’t need any explanation. Using the Boston kid’s shoes as a signifier is the kind of nonverbal storytelling we’re used to seeing on screen, particularly when it’s an entry point into a new world. It’s stuff like the introduction of the red/green testing system, casually done off-center and unemphasized, that makes the “After” half of this episode feel immediate and lived in. That extends through to Joel hauling the kid to the mass grave after he’s been euthanized. He carries the boy just like he did with Sarah at the end of his last peaceful night with her. Instead of gently laying her in her bed, he’s tossing in more fuel for the corpse fire. A ruthless, efficient way to show how broken this guy has become over the span of two decades.

Watching this and knowing that co-creator Craig Mazin’s last show was “Chernobyl” gives this opening an even eerier feel in retrospect. That previous series was rooted in the idea of institutional ignorance and not hearing the answers that well-meaning experts had to offer. The post-2003 world of “The Last of Us” is even more of a wasteland because there’s barely a framework for those professionals to exist, even if there were operational answers to be found. Here, it’s not scientists speaking directly to power but rebels trying to skirt around the outside of it. Who knew a show could make you long for the cold shoulder of entrenched political bureaucracy?

This opening episode sets up the world about as well as you can, even if having to build up the idea of the Fireflies from scratch is a little bumpy by necessity. The cult-y signifiers, the establishment of the power structure, Anna Torv’s Tess putting an extra octave into the last word of “I’m not a FIREFLY!” — all of those can’t help but feel a little awkward and jarring. Such is the nature of time jumps and showing a world where daily life has been irrevocably changed. Mazin (who directs this episode in addition to co-writing it) does buttress that idea with some more subtle strokes. Joel asking for the Ziploc bag back is a shortcut to explaining resource scarcity in New Boston. It’s not only the idea that Joel skips the line to get into the radio room, it’s that he and his connection are on friendly enough terms that the other guy feels comfortable enough to off-handedly ether one of his children (“…the smart one, not the other one…”). 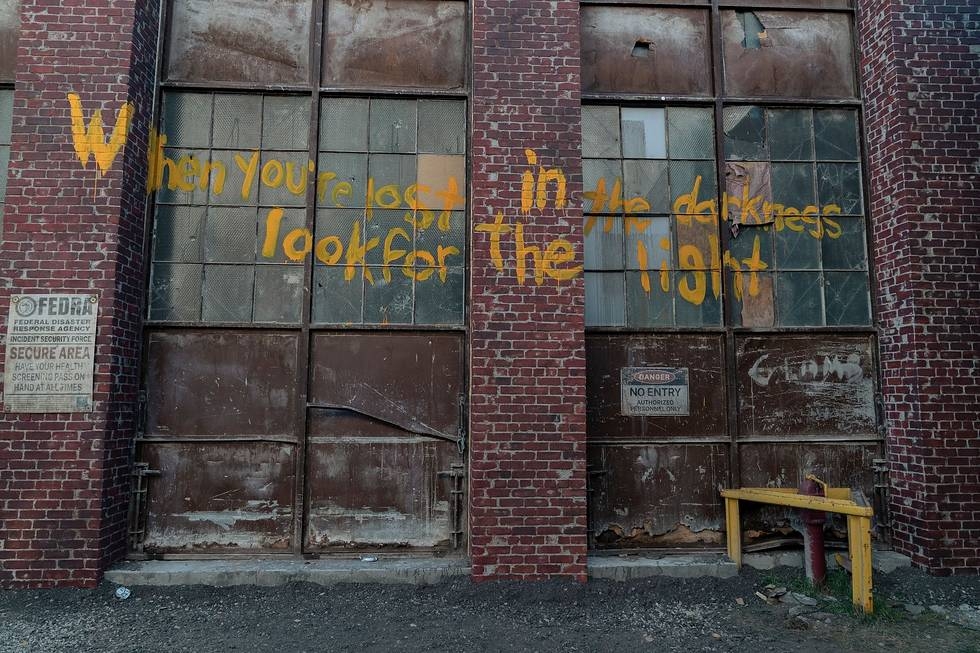 When Ellie gets introduced into the fray, Bella Ramsey plays her as someone who’s almost playing a part in order to survive. Yes, we find out that she’s grown up in excruciating conditions and has legitimate reasons to have trust issues. Ellie as a character, though, seems to be toeing the line between projecting brattiness and living it, almost as if she’s seen how the only people who can survive in this world — the no-nonsense smugglers, the guerrilla rebels, the decidedly not-defunded police — have that same baseline antagonism that helps them get what they want. Ellie doesn’t want to beat them or join them, but sticking closer to the latter seems like the better option. It’ll be interesting to see how well that outward shell holds as she experiences the horrors outside the Boston walls.

For as much as the 2023 part of this pilot cues up the show to come, it’s not driven by an obvious “today’s the day” feel as you might expect. Even with trying to get out and find Tommy, it’s key that Joel and Tess are surprised by the circumstances that kickstart their journey. The idea that the two of them spill out into the Firefly’s hideout hallway (after a shootout we don’t see) is a nice bit of intertwining and misdirection made all the better by the fact that the audience can join in that same discovery. (A quick note: This feels like the time to point out that for this week and the weeks to come, I’ll be approaching this from the viewpoint of a “The Last of Us” newcomer. Aside from the events of the first four episodes, I know precious little about where the story of the game or the show is headed.)

A tense hallway standoff with some great weapon choreography and Pedro Pascal eyebrow dancing is the last bit of business before Joel, Ellie, and Tess are sent out into the Greater Northeast. After the truth about Ellie’s condition comes out (again, the efficiency of that red/green system!) and some hammer blows to the head of Officer Bullets-and-Pills, this ends with a clear objective and a boundless sense of possibilities in how to get there. Pretty much a best-case scenario for an opening episode of a sprawling TV adaptation. Even the ending song choice strikes the right balance between familiar and new. Presented with the option of a Depeche Mode song, it avoids the easy (and thematically on-brand) pick like “Enjoy the Silence” or “Shake the Disease.” Instead, it’s “Never Let Me Down Again,” with ‘80s drums, echoey keys, and Dave Gahan sending off this tiny ray of hope into the night. All that’s left to do is watch the world pass them by.

“The Last of Us” airs Sunday nights at 9 p.m. on HBO and is available to stream on HBO Max. 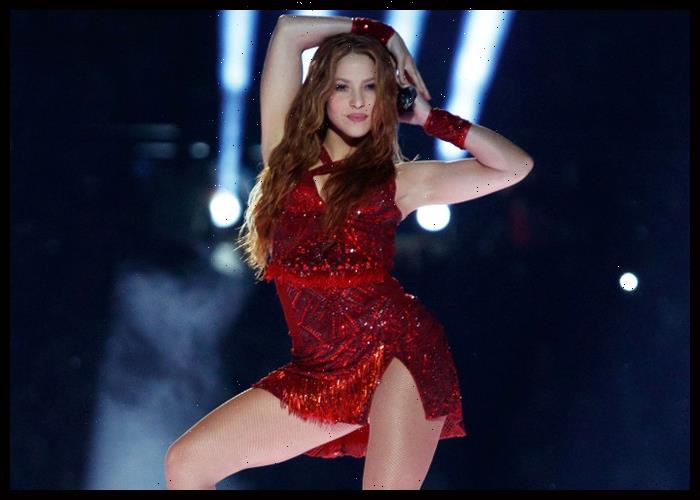 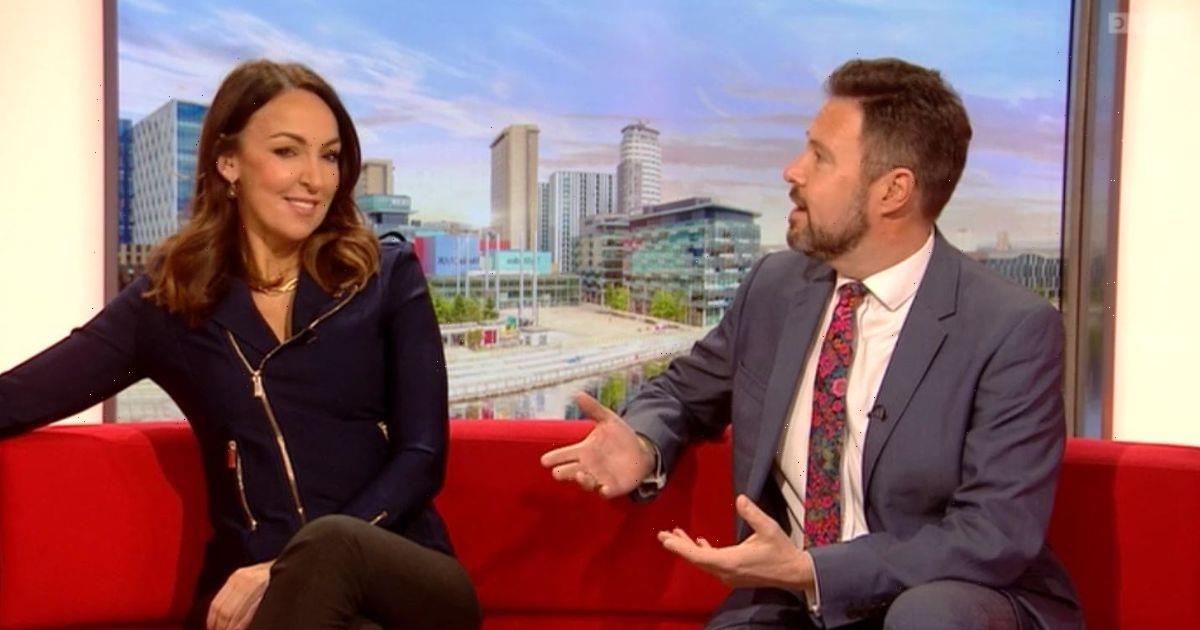