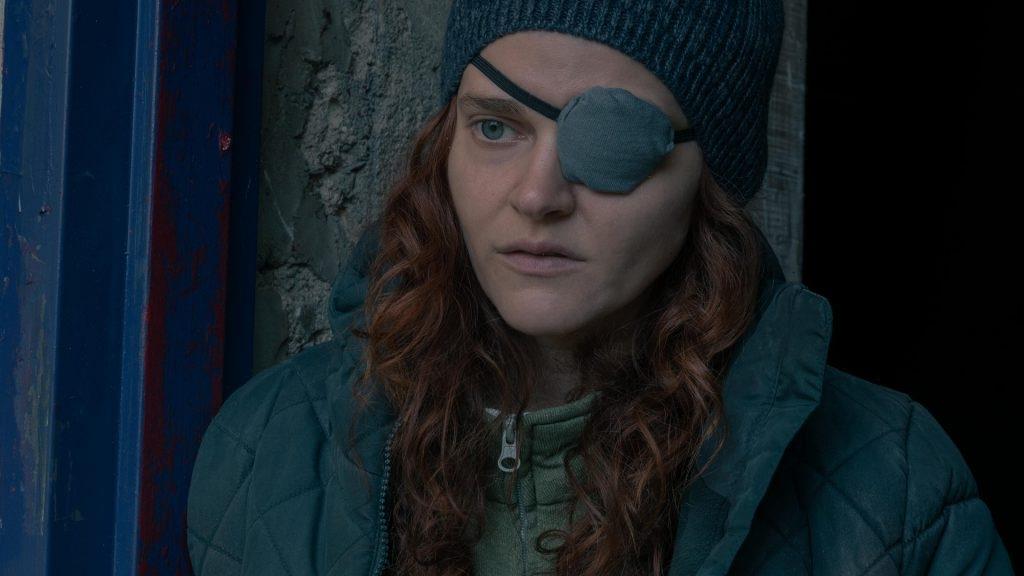 In the latest episode of The Handmaid’s Tale, Janine (Madeline Brewer) finds herself back in the care of Aunt Lydia (Ann Dowd). Seeing her help the brutal aunt left fans questioning her intentions. But according to one of the show’s producers, Janine doesn’t have any ulterior motives — yet.

[Spoiler alert: This article contains spoilers for season 4 episode 9 of The Handmaid’s Tale.]

In the penultimate episode of The Handmaid’s Tale season 4, Janine is once again wearing a red handmaid’s dress and bonnet, scrubbing the floors for Aunt Lydia. She previously begged the aunt not to send her back into service, and so far, her pleas seem to have been answered.

But when she discovers that her former ally, Ester Keyes (McKenna Grace), is being groomed as a handmaid, Janine grows concerned. And when she overhears another Aunt suggesting cutting out Ester’s tongue to stop her hunger strike, Janine humbly confronts Aunt Lydia.

She begs Aunt Lydia to refrain from any brutal punishment just yet. And seeing her perspective, Lydia allows Janine to talk sense into Ester herself.

Ester is defiant. But when Janine breaks down how dire the situation is, the teen begins to comply. In one of the episode’s final scenes, the two handmaids are seen walking the halls together while Lydia gloats at her success.

After watching Janine talk Ester into complying, some fans of The Handmaid’s Tale wondered if she was planning something bigger. But according to writer and producer Eric Tuchman, Janine’s actions were as simple as they seemed.

“I really don’t think [Janine] has an ulterior motive yet,” he told EW. “The thing we were trying to do is just show the evolution of Janine’s character through Madeline Brewer’s amazing performance. Janine has endured so much, but because of that, she’s a stronger person. She’s wiser, she’s more sensible, she’s a survivor, and she still has that tremendous optimism.”

The producer also noted that Janine no longer has June around to protect her. So she’s now in a place where she has no choice but to take care of herself.

“And Janine is the one now taking care of the more vulnerable, fragile person, Esther, and for this episode, she wants to spare Esther the suffering that Janine herself experienced,” Tuchman added. “And we see in that scene where she approaches Aunt Lydia and asks her to reconsider a punishment that she’s planning for Esther – that’s a huge step for Janine to do that, to confront Lydia in a very respectful way. The Janine we used to know could never have done that.”

Hopefully, we’ll get to see more of Janine and her journey in the final installment. The season 4 finale airs on Wednesday, June 16, on Hulu.