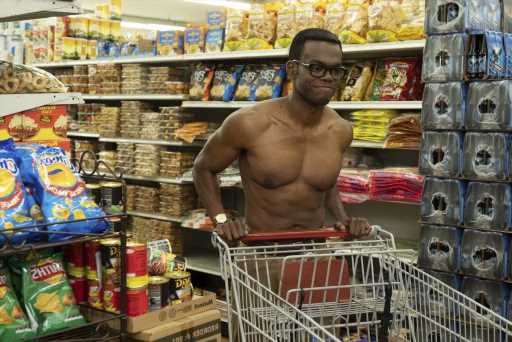 Ask any of the six main members of The Good Place cast and they’ll tell you that working on the show was a dream. The set was fun, friendly, and warm which made going to work each day a great experience. Furthermore, for some of the actors, being cast on the show took their careers to new heights. William Jackson Harper, for example, was actually considering quitting acting before he was cast as Chidi Anagonye.

Harper stole hearts as the quirky yet charming moral philosophy professor. His performance throughout the show’s four seasons boasted both humor and heart. In fact, his acting in the final season even earned him an Emmy nomination. Booking the role of Chidi changed the course of Harper’s career. Prior to The Good Place, he hadn’t received his “big break” and was struggling with the instability of a career in acting.

Harper was terrified to film the shirtless scene in season 3

Fortunately, for Harper and his fans, his work on The Good Place has led to other acting opportunities. And while he greatly appreciates his time on the show, there were certainly things that challenged him. One particular scene that made the Love Life actor nervous came in Season 3. In an episode called “Jeremy Bearimy”, Chidi takes off his shirt after failing to cope with some new information. In an interview with the Los Angeles Times, Harper admitted that the scene made him uneasy.

“I was terrified of taking my shirt off [on The Good Place] because I’d always been made fun of as a kid,” Harper shared. “And as I’ve gotten older, and especially as I started to work on TV, I started working out a little bit more and trying to eat a little bit better. Working out was something that was very meditative for me, and I really enjoyed it. But when I got that script, I definitely ramped it up. I found myself at the gym at 5 a.m. before going to set.”

‘The Good Place’ alum gets candid about body dysmorphia

While the media’s response to Harper’s physique was positive, he was fully prepared for negativity. Thanks to his childhood experiences he expected to be teased. “I was fully prepared to just get made fun of and roasted,” he said. “I do think a lot of dudes have some sort of body dysmorphia, body issues and a lot of fear around it. Men are mean to each other.”

Harper also got very honest about the lengths he goes to prior to filming a shirtless scene. “When I have a show that requires me to take my shirt off, it’s a highly regimented, sometimes destructive process that I go through to get to a place where I feel comfortable with my body,” he added. It’s likely not easy for actors to reveal so much of themselves. However, it’s great that The Good Place star is so honest about his feelings. Hopefully, his candidness will inspire others in the entertainment industry to speak their truth.