Looking almost unrecognisable in her recent Instagram posts, the stunning star looks worlds away from her former brunette self. 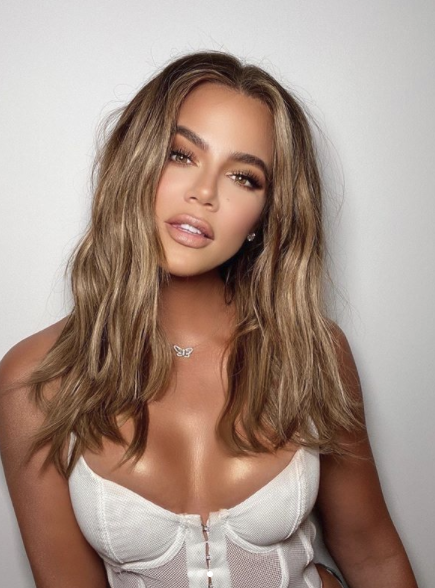 The reality star, 35, stunned fans with a drastic change to her appearance in the pic which showed off slightly darker blonde hair and a flawless face.

But some fans accused the Keeping Up with the Kardashians star for “photoshopping” the images and pointed out one major blunder in the shots, which they claimed has proven their theory.

Half of Khloe's necklace was missing from the photos, which suggested the photo has allegedly been photoshopped.

A close-up of the photo showed Khloe wearing a dainty silver necklace with a butterfly pendant, but the chain on one side of the butterfly is missing completely. 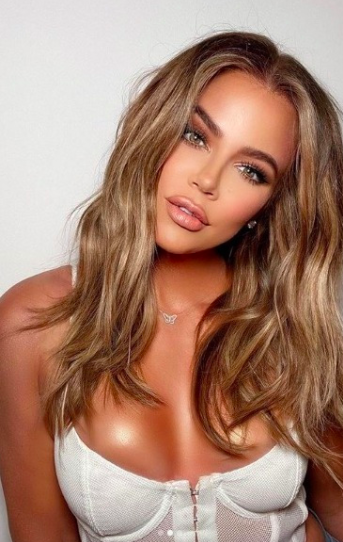 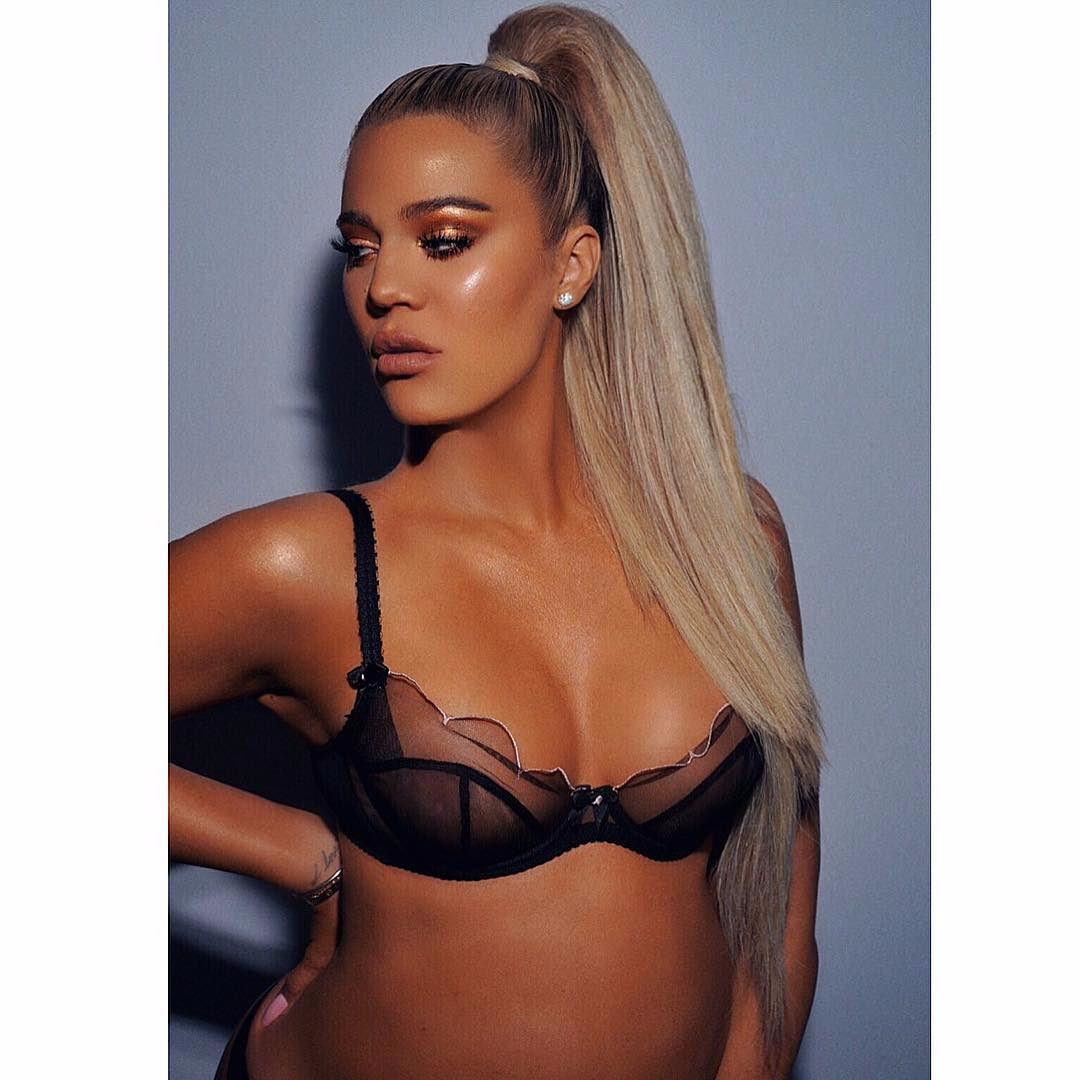 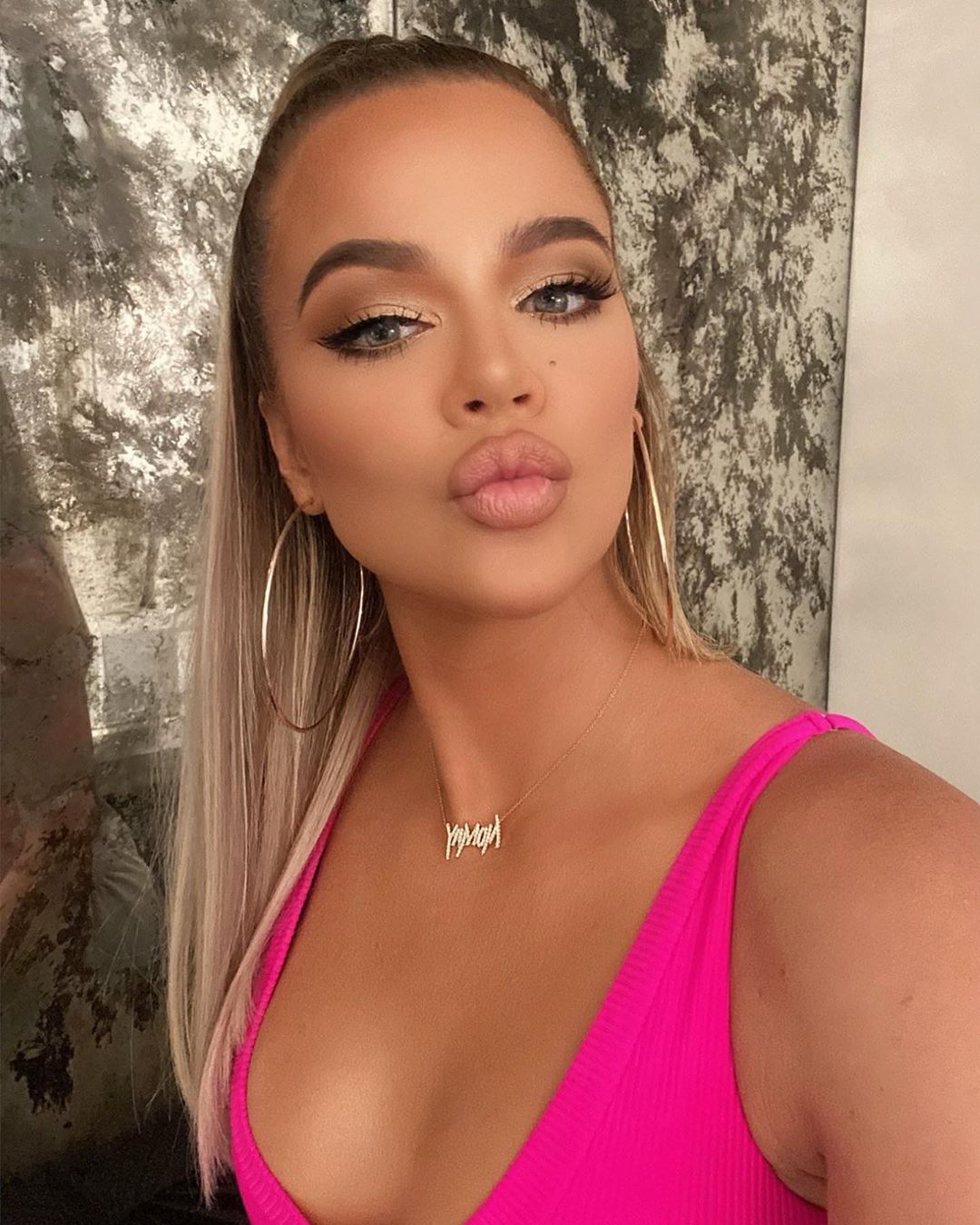 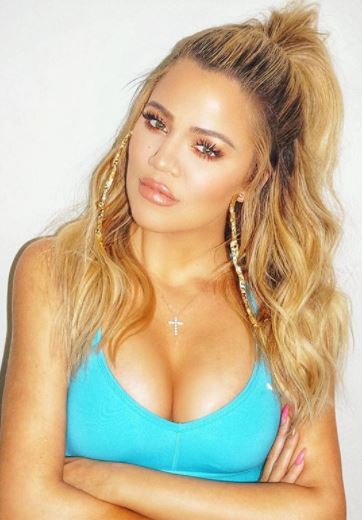 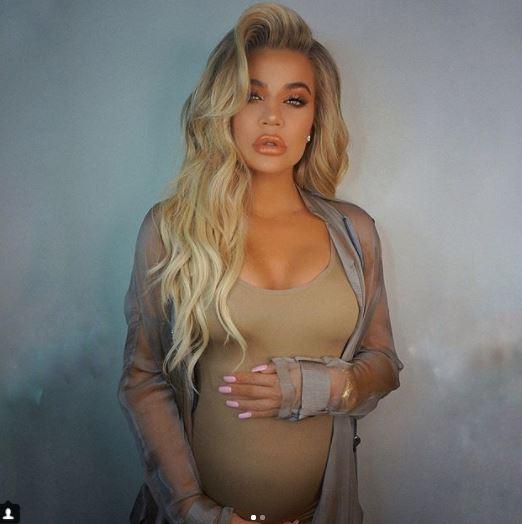 Khloe Kardashian's face is very different to the 23-year old who kick started her career in the first episode of Keeping Up With The Kardashians back in 2007.

With her long blonde hair it's hard to remember her as a brunette, but it appears blondes definitely have more fun because her hair hue is just getting lighter and lighter.

Her jet black tresses are a thing of the past because she says she feels "bright and healthy" with blonde hair.

She's not a natural brunette either, and claims her real hair colour is a dirty blonde. 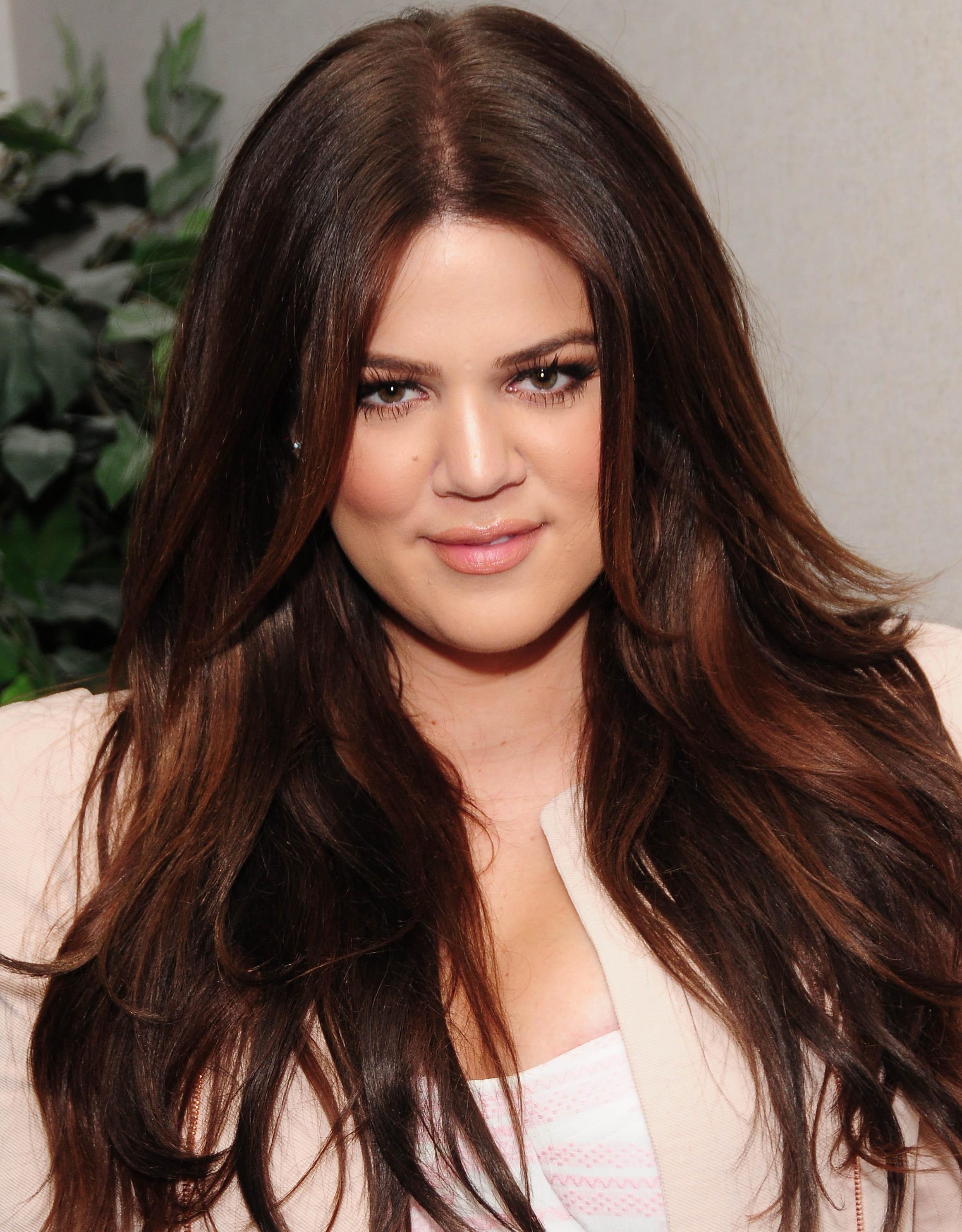 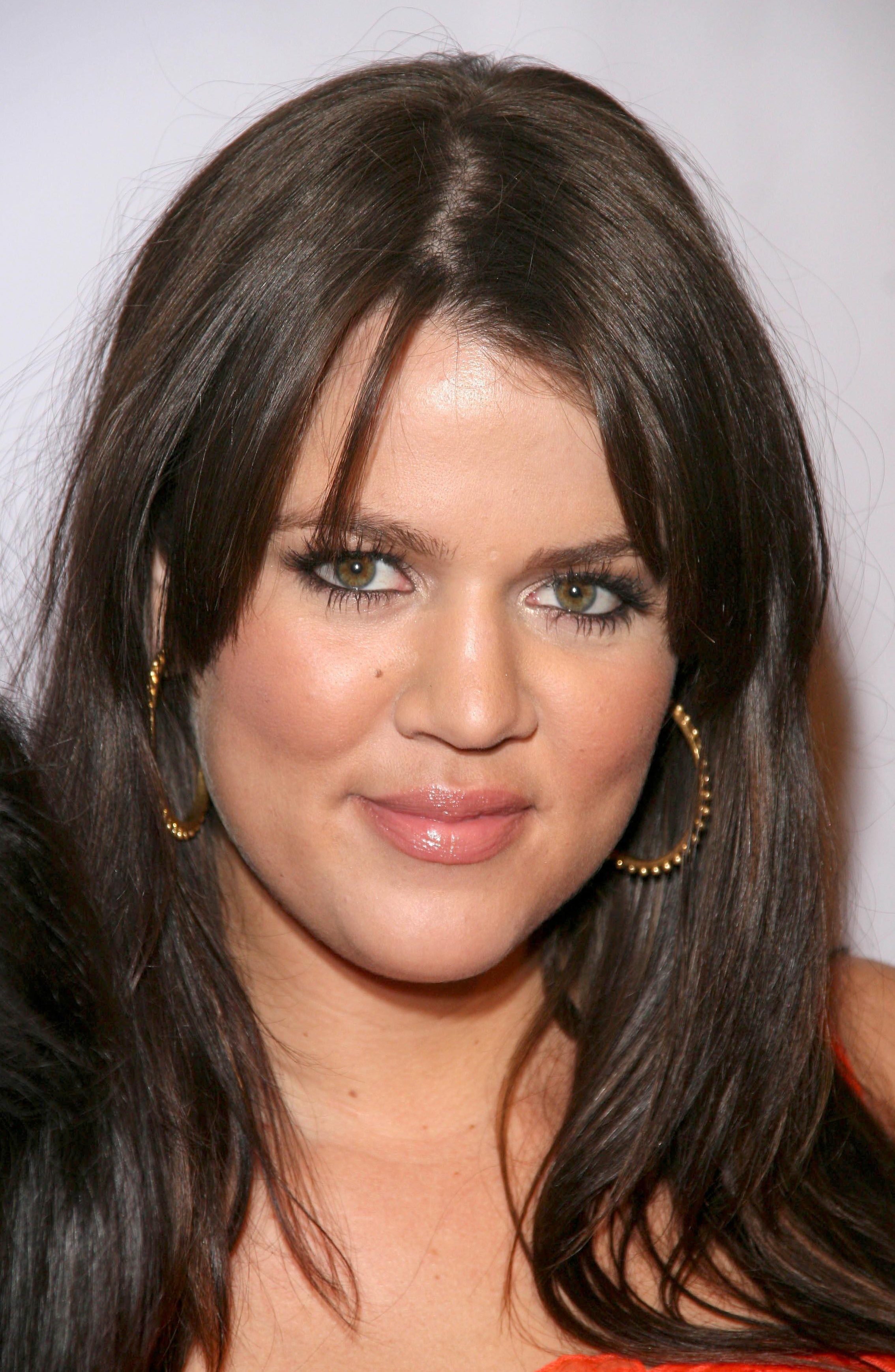 Khloe's always had plump lips but in her recent Instagram snaps, they're bigger and bolder than ever before.

Is she following her little sister Kylie's footsteps and getting lip fillers?

Back in 2016 she confessed on the TV show Botched that she has dabbled with fillers in the past, telling the TV doctor: “My face was so f***ed I had to go and get this whole thing dissolved." 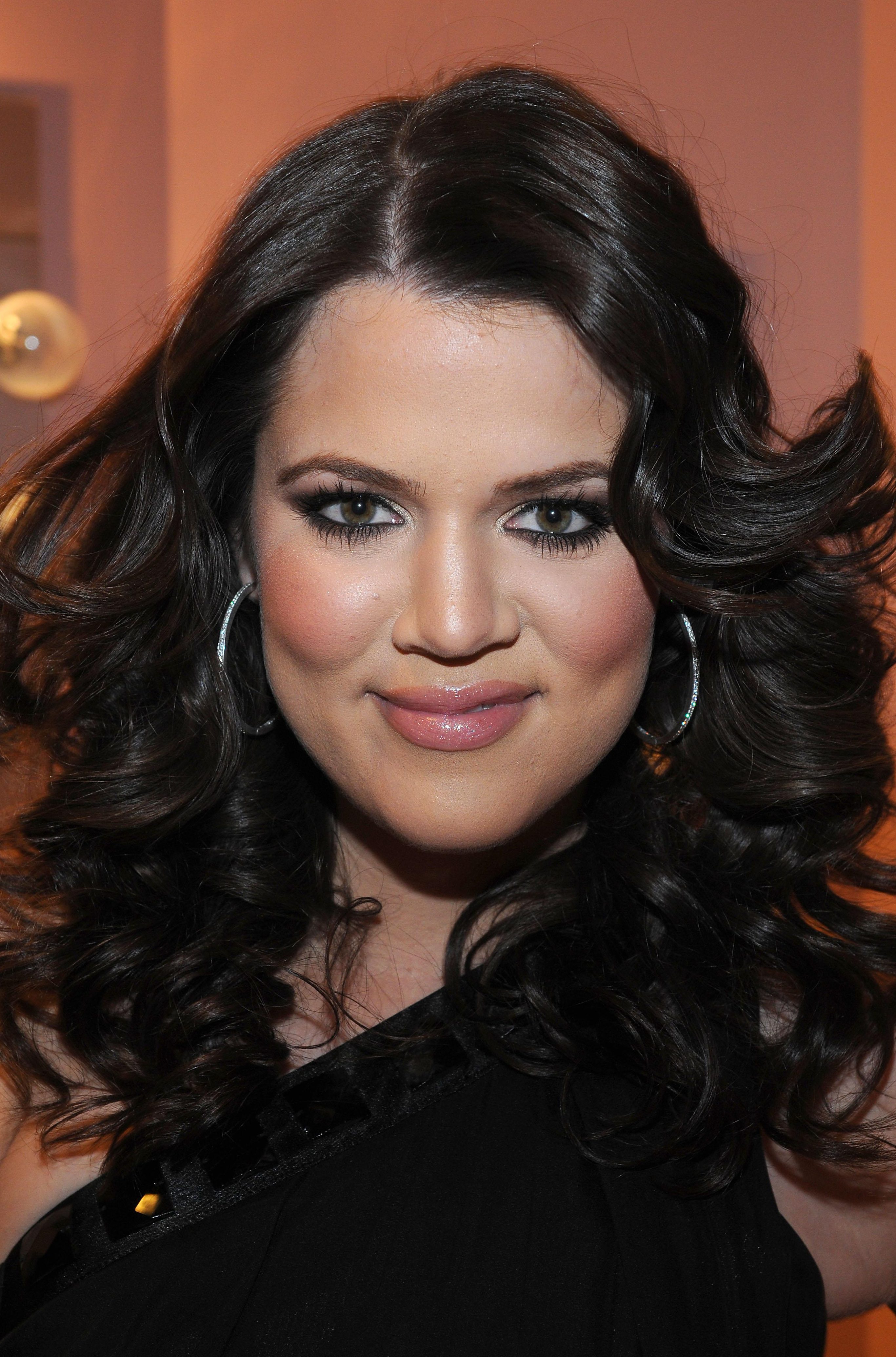 The mum-of-one also told Allure magazine that her fillers were so bad, she needed to complain: "I had to go back and have it fixed, and it was a crazy process."

Khloe found fame in 2009 and struggled with her appearance from day one, mainly because of being bullied at school.

She once said she suffered years of abuse and was tormented for being "ugly" and "fat".

Opening up in a video, she said: "I've been bullied, basically, my entire life. I've been compared to my sisters since the day I was born. I don't look exactly like them… I'm bigger than them, but I'm me…I'm just always told how big I am… It's always something." 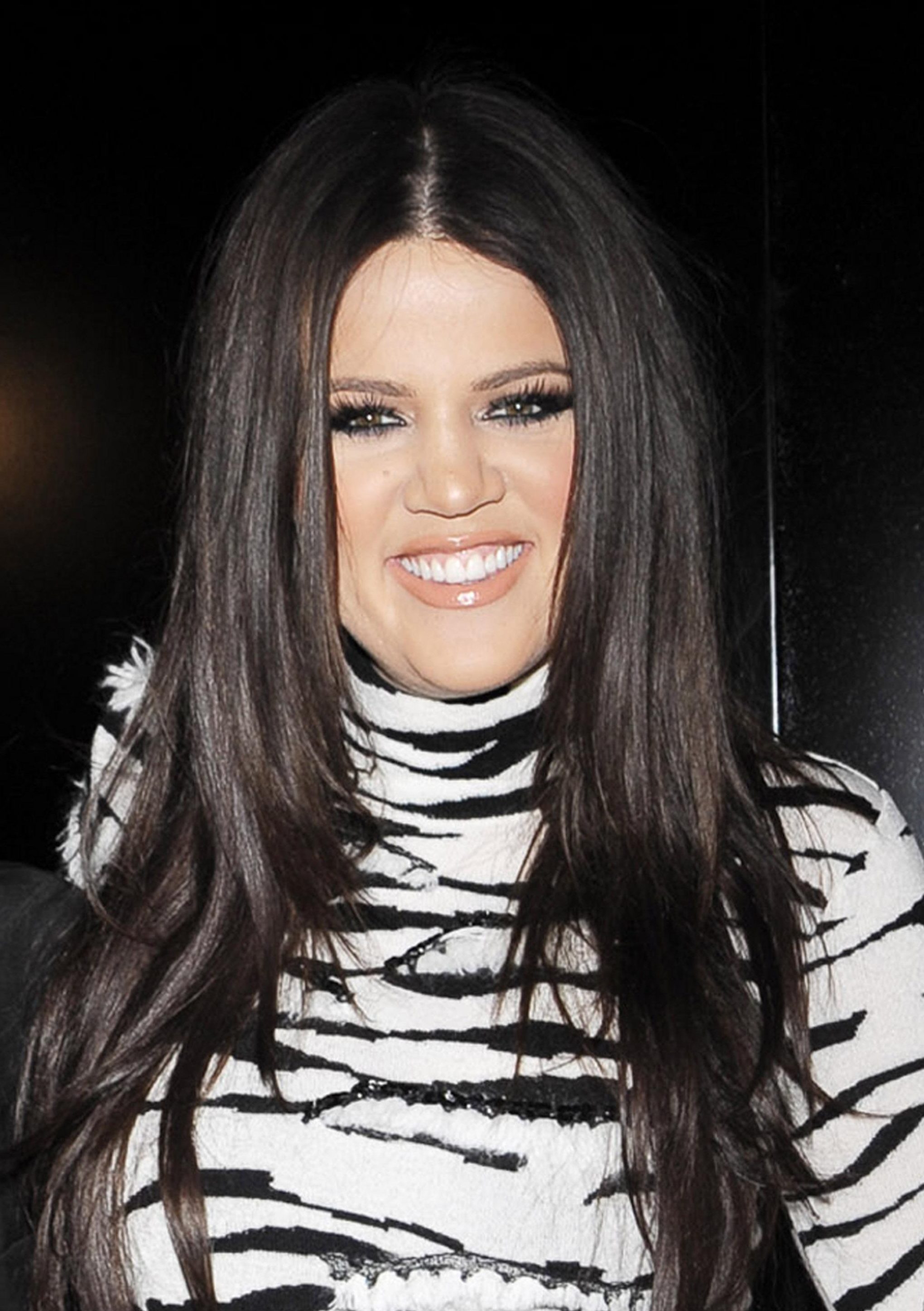 Now though, Khloe is a whole new woman and is finally at peace with how she looks – and is more confident than ever before.

It probably helps that she's found her groove when it comes to her hair and makeup looks – it's all about the big hair, glossy pout, dramatic eyes and contouring to the max.

We all know the Kardashian ladies love their contouring – in fact, they're the only ones who can nail it. 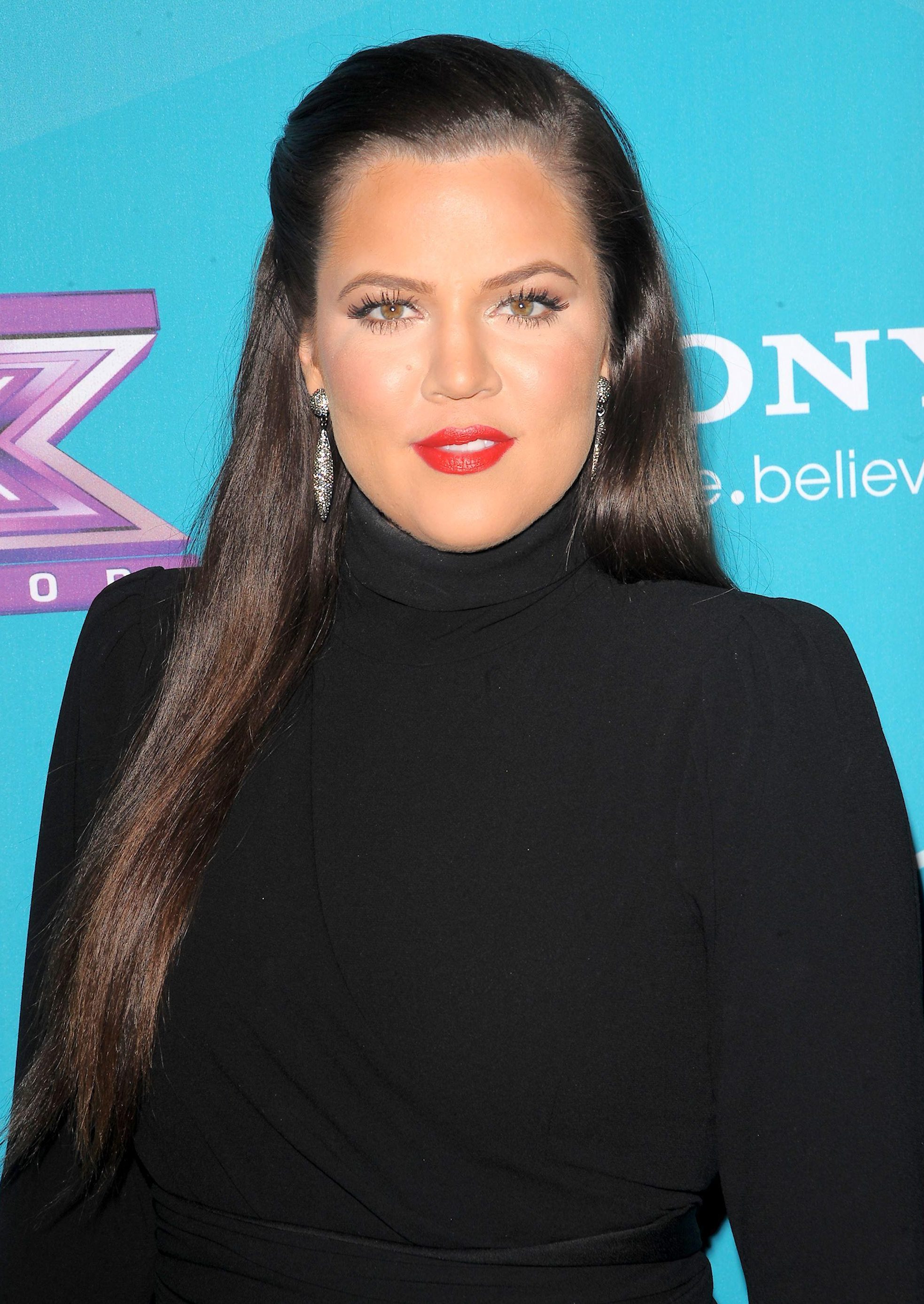 Khloe's skin is picture perfect now, but that's not always been the case.

"I didn't get acne until I was in my 20s, which sucks and I was so insecure," she explained on Revenge Body.

"And my sisters have had the most beautiful skin their entire lives, like not even a pore. 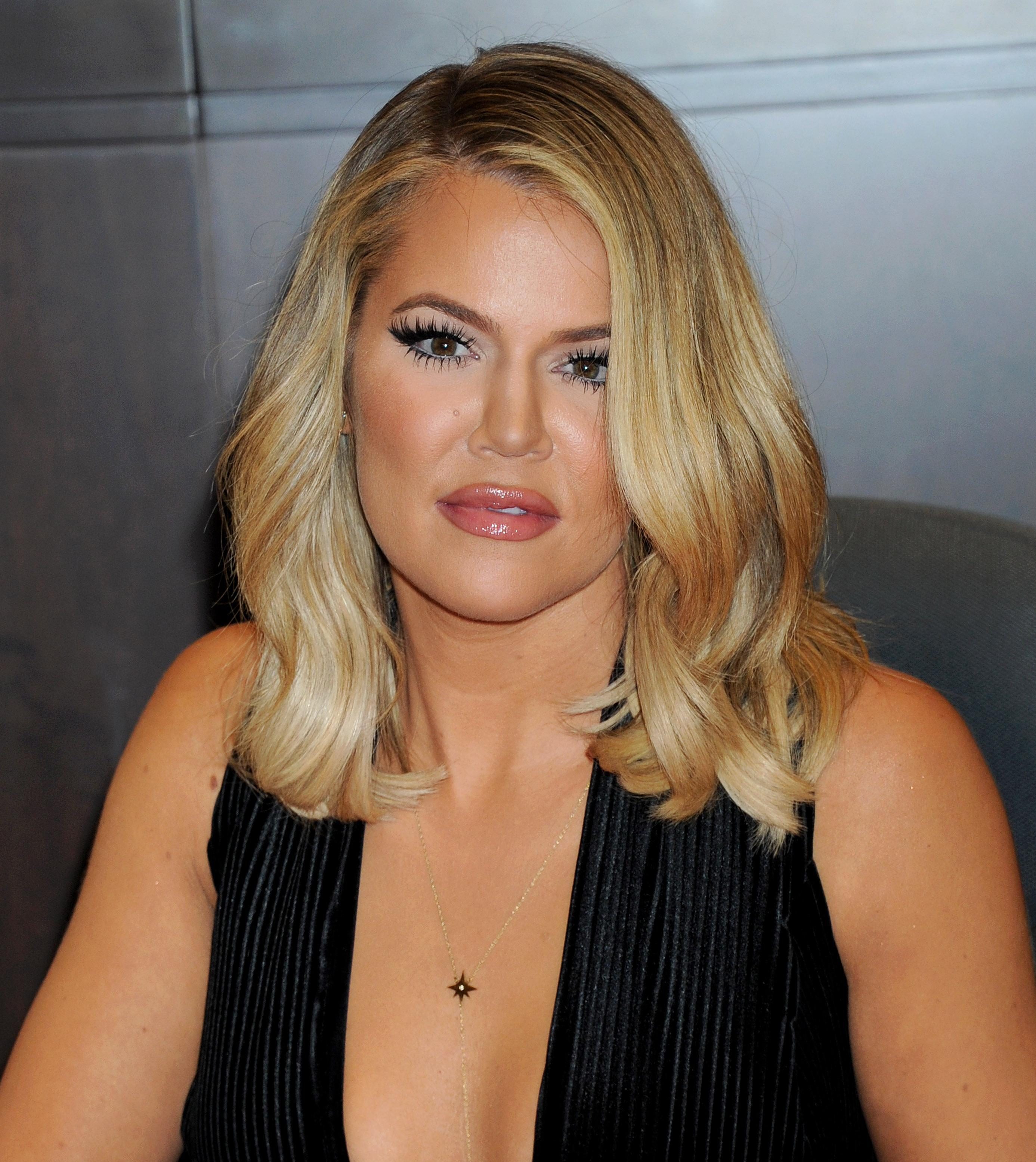 Like most celebrities, Khloe's a fan of Charlotte Tilbury.

She told Into The Gloss: "Charlotte Tilbury is really great … Her lipsticks are good, but I love the Charlotte Tilbury Colour Chameleon in Bronzed Garnet. It’s eyeliner, but I just used it yesterday kind of as a shadow and smoothed it out with a shadow brush."

She added: "My eyes are hazel-green, and I use Lancome 'Dfinicils  for mascara. Anastasia makes the best eyebrow pencils. I always have Anastasia Beverly Hills Perfect Brow Pencil with me." 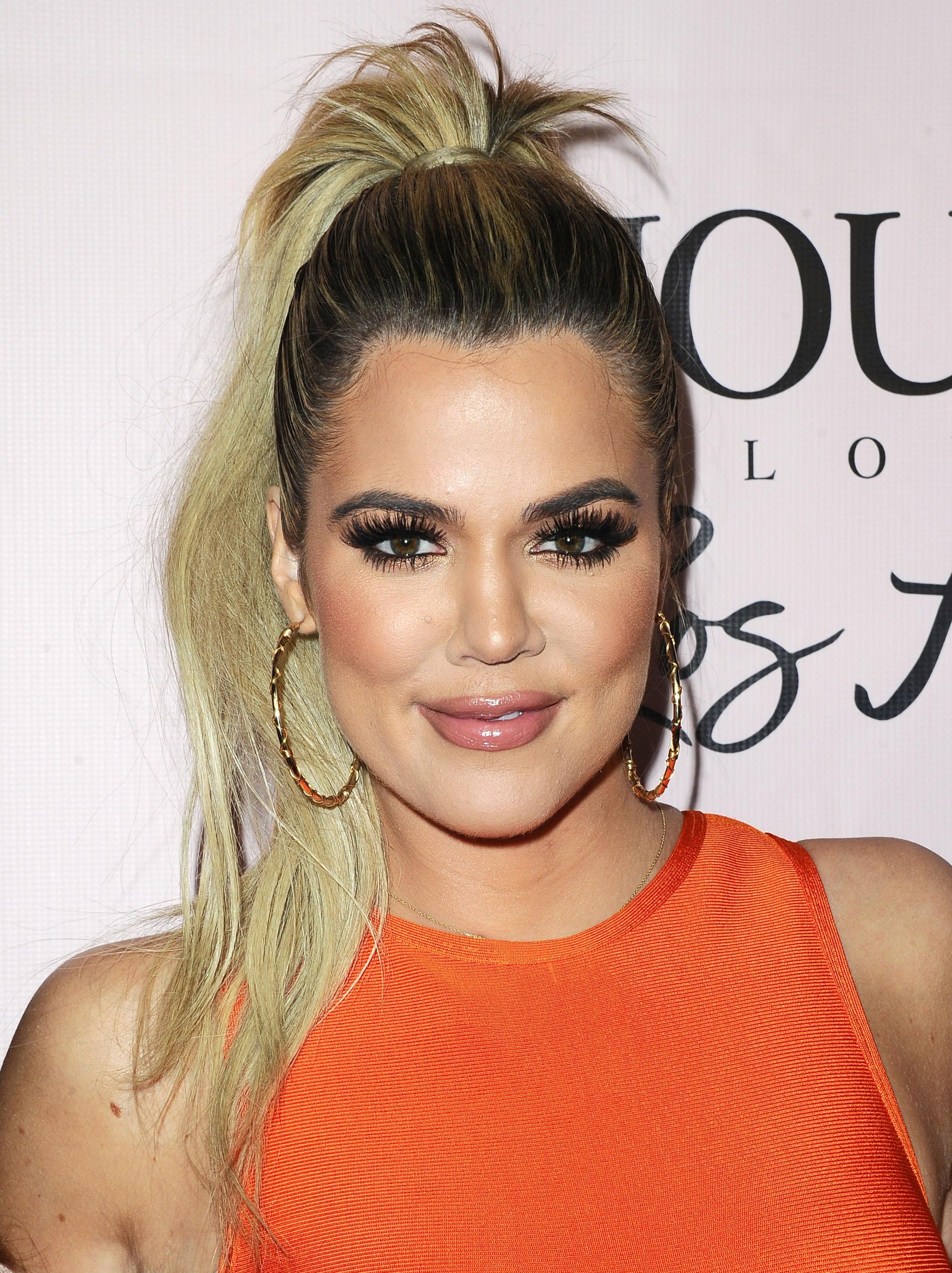 For her brows, Khloe relies on waxing, not threading (she's adamant about that, saying "I don't thread because someone's saliva might be going on my face!").

If there's one thing Khloe loves, it's lasers. She told American Glamour: "I believe in lasers … I do a tonne of those. I think the reason I like lasers is because I feel like they're less invasive. Maybe. But I will try literally any lasers."

She explained further: "I've done it on my neck and my face — even for redness and wrinkles, for tightening and cellulite, anything. I don't know the names of them because I tell my doctor [what my issue is] or he'll see me and be like, 'Oh, it looks like you have some sun damage. Let's zap that.' And I'm like, 'OK, zap it!' To me, it's like who cares." 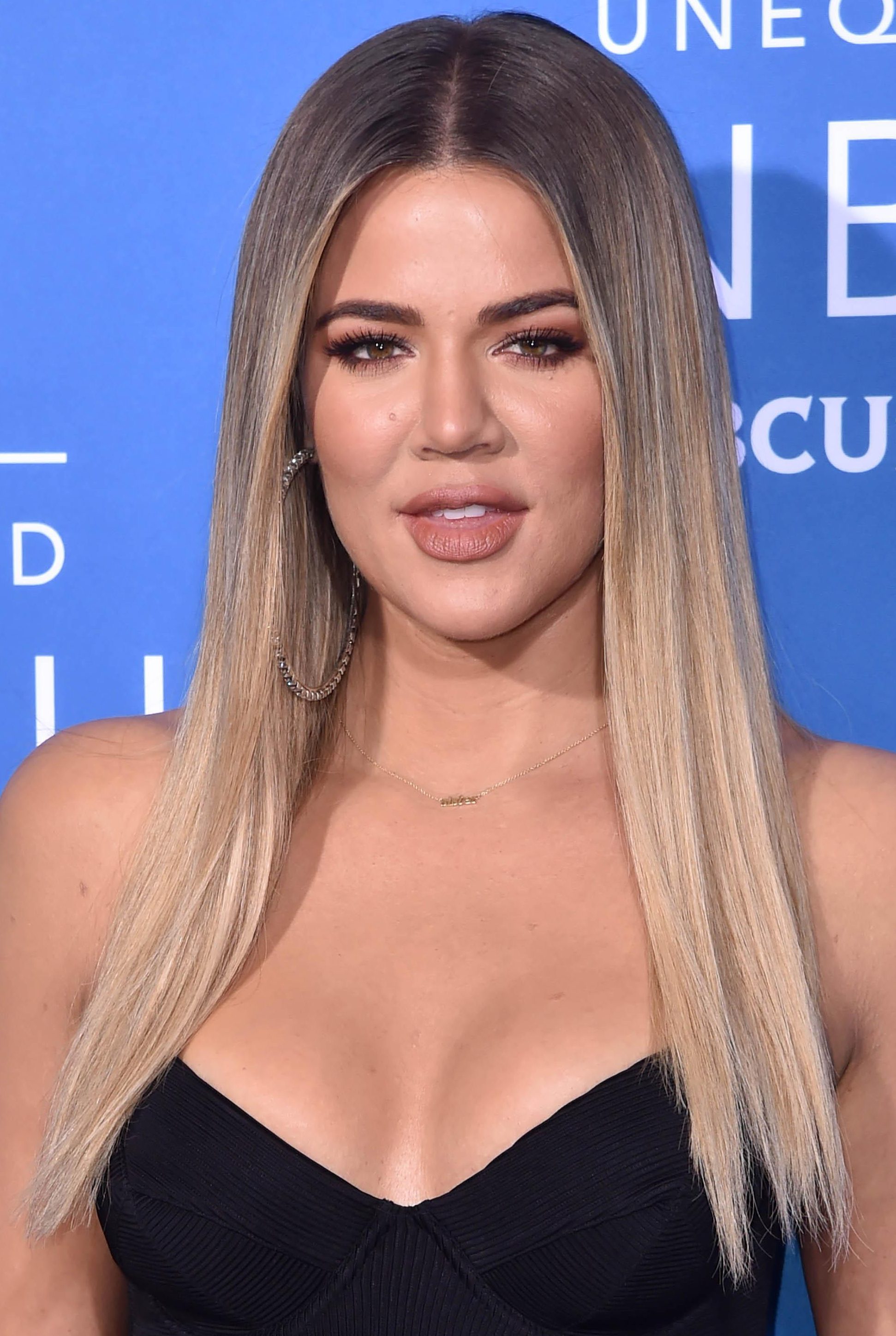 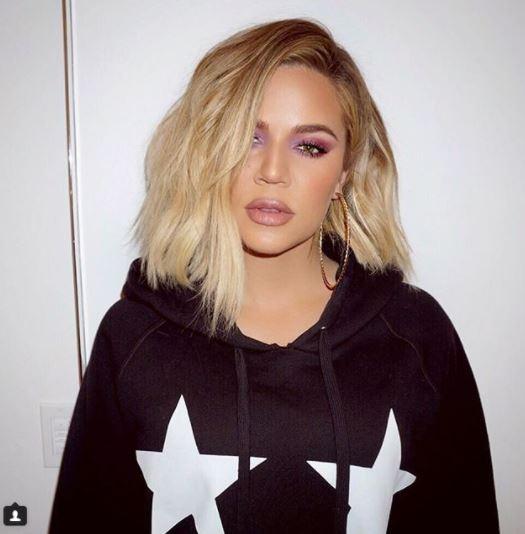 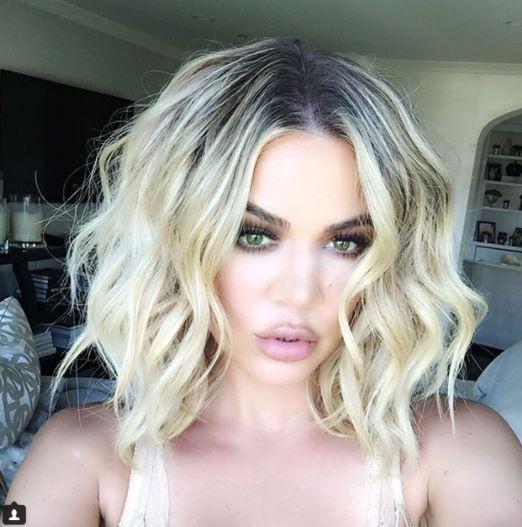 While Khloe enjoys doing her own makeup, she does have a dedicated glam squad on speed dial.

Her make-up artist, Joyce Bonelli, is famous all by herself thanks to appearing on Keeping Up With The Kardashians and featuring constantly on Khloe, Kris's and Kim's social media channels.

"Joyce is not only so incredibly talented but she is incredibly loyal," Khloe says. "Glam time is such a personal time, and you want only people who are trusted and who inspire you around you at those vulnerable times. Joyce is always so positive, motivating, energetic, trusting." 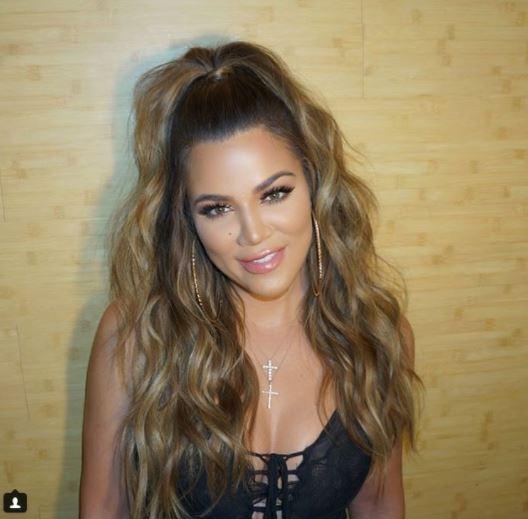 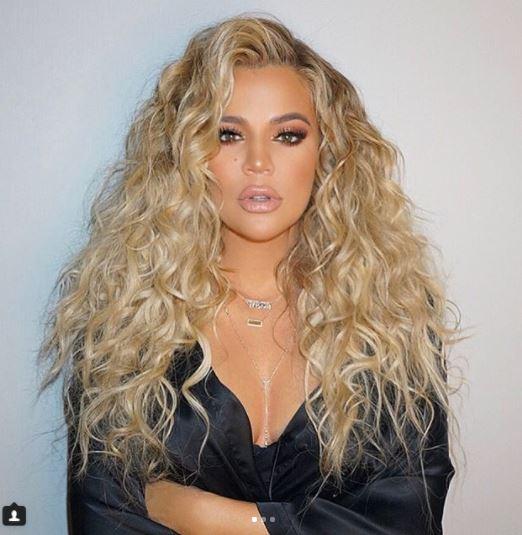 In fact, Joyce told The Cut that she is responsible for the plastic surgery rumours surrounding Khloe that have gone crazy in recent years.

She said: "I’ve given Khloe [Kardashian] the best nose job for eight years with contour. No, she didn’t, it’s just makeup. It’s makeup and it’s fun."

Khloe confirms that she hasn't had a nose job, and says it's down to weight loss and makeup.

"When I lost weight, my nose did get smaller, and also I now know about contouring. Like when I wash my face, my nose is wider," she told a live audience on her show Kocktails With Khloe in 2016.