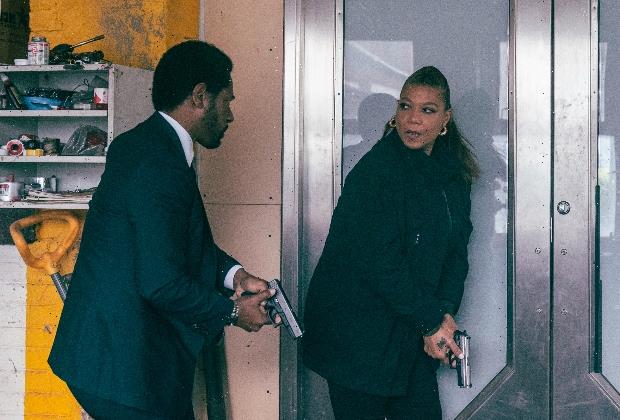 During Season 1 of the CBS reboot, Dante (played by Tory Kittles) vacillated between helping McCall (Queen Latifah) and fighting against her by talking to The Powers That Be who wanted to put an end to her vigilantism. But when Dante met with his father, a fallen former officer who is now serving prison time, he realized that justice looks differently on different days, and sometimes you have to break the rules and operate in life’s gray areas.

The latter becomes especially apparent in the Season 2 premiere, which airs Sunday at 8/7c and finds Dante turning to McCall to “equalize” a bank robbery case after someone close to him is shot and killed. But Dante still has a lot to learn about well-connected villains and how they don’t play by the rules of right-and-wrong, as seen in the exclusive sneak peek above.

In it, McCall tells her newly converted friend, “People like them, they’re the reason why I’m doing this in the first place. They think they’re untouchable. They don’t care who lives or dies, including cops. It’s not right. Since they don’t play by the rules, neither can I.”

After McCall’s speech, she and Dante hear a car speeding around the corner, and the two realize he was tailed. A masked man emerges from the passenger side and opens fire. Press play above to see what happens next, as McCall goes into full-on Equalizer mode!

Want scoop on The Equalizer, or for any other show? Email [email protected] and your question may be answered via Matt’s Inside Line.