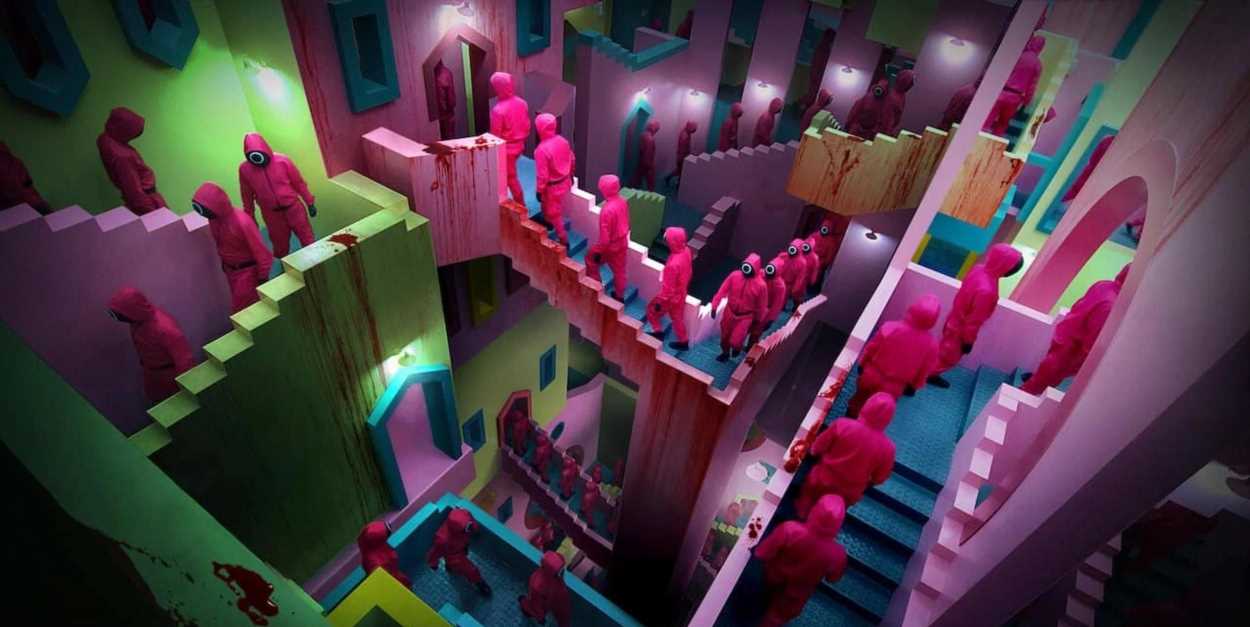 If you’ve found yourself transfixed to the point of obsession with Netflix’s Squid Game, then you’re definitely not alone. The Korean drama a follows modern day players taking part in a deadly game, competing against each other round-by-round in children’s games (with life or death stakes), all for the chance to walk away with the grand prize: 45.6 billion won (or about $38.6 million USD).

If you haven’t watches Season 1 of Squid Game yet and want to keep the twists of the finale a surprise, then click away now because spoilers are ahead. But, if you’ve seen the end and are still scratching your head about what it all ~means~ then keep scrolling for answers.

First thing’s first: Who actually wins Squid Game? When the finale begins, we’re down to just two remaining contestants (down from 400 at the beginning): Gi-hun (Lee Jung-jae) and Sang-woo (Park Hae-soo). The final game is Squid Game (of course) and, without giving too many details away, a violent, brutally hard-to-watch fight ensues between our final two. Gi-hun is about to win, but hesitates, deciding it would be better to stop the game than to let his opponent die. At the last second, however, Sang-woo sacrifices himself, leaving Gi-hun the winner of the game (and the prize money).

Gi-hun isn’t happy about his status as the winner of Squid Game. He’s given a debit card with his money and is dropped off in Seoul. After a one-year flash-forward, we learn that he’s barely touched his winnings. He does eventually use some of the money to repay Cho Sang-woo’s (No. 0218) debt and to help get Kang Sae-byeok’s (No. 0067) brother out of his orphanage. Oh, and he also uses 10,000 won (about $8) to buy a beer and some flowers from a street vendor.

What does the final scene with Oh Il-nam mean? 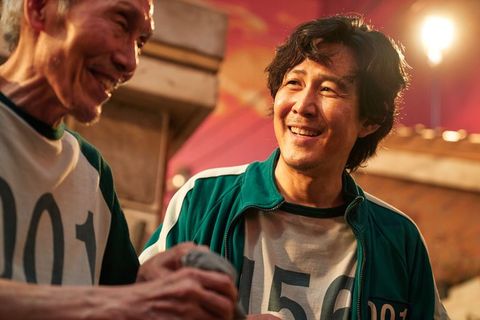 Naturally, the beer and flower purchase isn’t as simple or meaningless as it might seem at first glance. The flower comes with a business card for the Game—and an invitation instructing Gi-hun to come to a high-rise building that night. He goes (how could he not?) and comes face-to-face with Player 001, whose real name is Oh Il-nam.

Although Il-nam seemed to die after losing the marble game, he’s alive—albeit barely and hooked to an oxygen machine. From his death bed, Il-nam challenges Gi-hun to play another game. He points out a homeless man who is passed out in the snow outside and offers Gi-hun a bet about whether or not anyone will stop to help the man before midnight—Gi-hun, still believe in human goodness, bets someone will, while the thoroughly-jaded Il-nam disagrees.

At the last second, police officers do end up helping the homeless man. Gi-hun sees the act of kindness, but Il-nam dies before he sees, thereby passing away with his jaded beliefs seemingly justified.