While Anne Hegerty destroyed the team on The Chase this evening, she got off to a rather bad start as she struggled to answer many questions correctly in the head-to-head round against Jolian, an office executive who only accrued £2,000 in the cash builder. Jolian was the first player up to face the chaser tonight so cautiously opted to play for just £2,000 and it seems he didn’t have too much to worry about despite admitting he was scared to take on Anne.

As Anne repeatedly answered questions incorrectly, host Bradley Walsh called her out on her poor performance asking if she’d left her “brain in a box”.

For one question, Jolian was asked: “Which of these scientists was the first to win a Nobel Prize in Chemistry?”

He selected Marie Curie as his answer, as did Anne, however it was revealed Ernest Rutherford was the correct answer.

Host Bradley was surprised the Chaser had answered incorrectly as he’d believed noted: “She’ll get this right.” 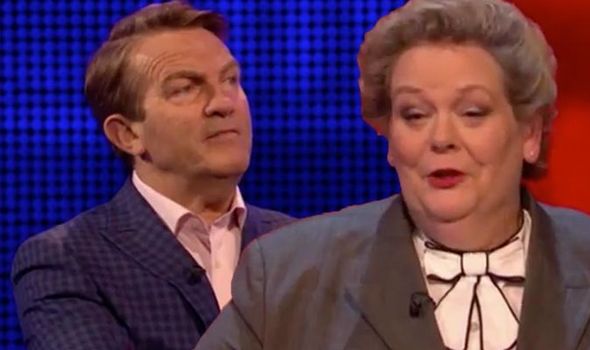 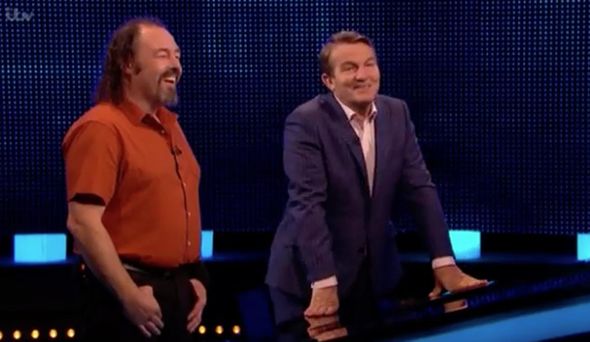 “Goes wrong with Marie Curie,” he exclaimed as Anne told him: “I don’t know anything today Brad, sorry!”

“Have you put your brain in a box somewhere? Have you left it on the train?”

“Possibly,” Anne giggled as Bradley moved on: “Here’s the next question.” 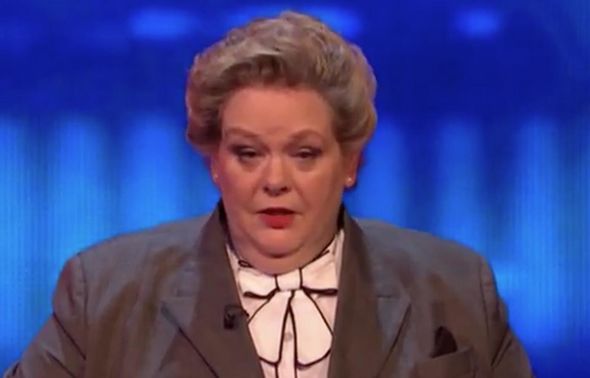 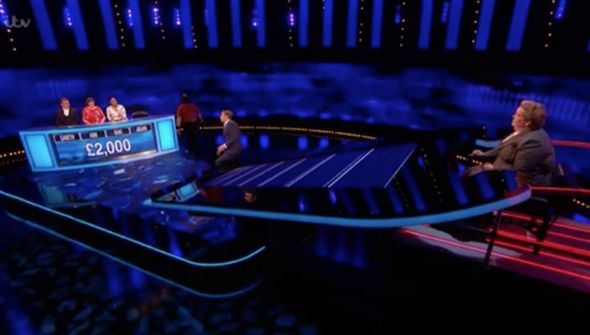 It wasn’t the only time Anne struggled during the head to head with Jolian.

As the round came to an end, Bradley questioned whether Anne was feeling up to the challenge today.

“Very well played Jolian, I’m now going to go backstage and see if I left my brain back there,” Anne told the players.

Bradley smiled: “Yes, we’ll help you look for it.”

The Chase fans were quick to comment on Anne’s performance on Twitter with one remarking: “Anne! What’s happening? Don’t give them the idea that they can beat you!”

“Shocking start for Anne. Seat 2 gotta be looking to go high after that performance #TheChase,” another added.

A third shared: “Chaser @anne_hegerty suffers major brain fart in the 1st Head-to-head on tonight’s #TheChase This must be the only time I wish I was on the show.”

Fortunately, Anne came back after the first round fighting fit as she easily knocked second contestant Raki out of the competition.

In fact, all three remaining players were booted out leaving Jolian to take on Anne by himself in the Final Chase.

Despite trying his best, Jolian failed to answer enough questions correctly meaning Anne easily caught up with him.

Bradley Walsh will return tomorrow night for the final instalment of the week of The Chase.

The Chase airs weeknights on ITV at 5pm.