The Chase was back with four new players this evening, as they hoped to beat Anne Hegerty to win a cash prize. Tonight, only two of the contestants managed to make it through to the Final Chase, as viewers noticed the ‘horrible’ questions given to one contestant.

In today’s episode, Stuart, Peter, Georgia and Jenny took on The Chaser, but only the first two made it through to the Final Chase, as one in particular seemed to be dealt some hard questions.

First up tonight was former bank-manager Peter, who had an impressive cash-builder of £6,000 and easily made it through to the last round.

Next up was Jenny, who failed to make it through, with former boxer Stuart taking through £4,000 to the final.

Hoping to make it through was drama student Georgia, but viewers tonight felt she’d been dealt some particularly hard questions. 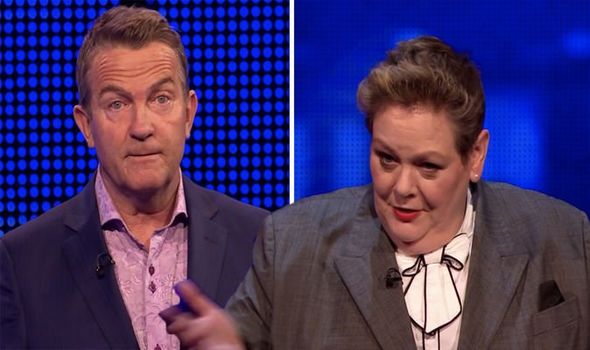 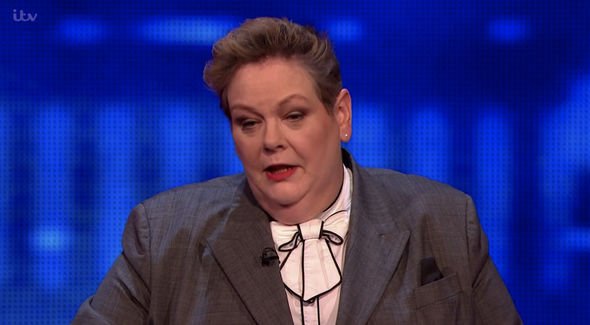 She only managed to get three questions right in her cash builder, and Anne gave her a harsh lower offer of -£1000, which she refused to take.

However, as she went to face The Governess, viewers on Twitter were quick to remark on the difficulty of the 19-year-old’s questions.

One shared: “Horrible questions for this poor girl #TheChase.”

Another agreed, saying: “This chick’s getting a run of hard questions, poor lass #TheChase” 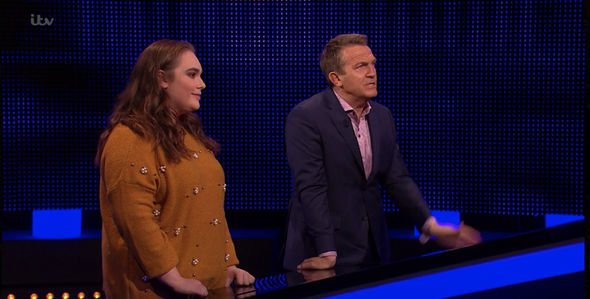 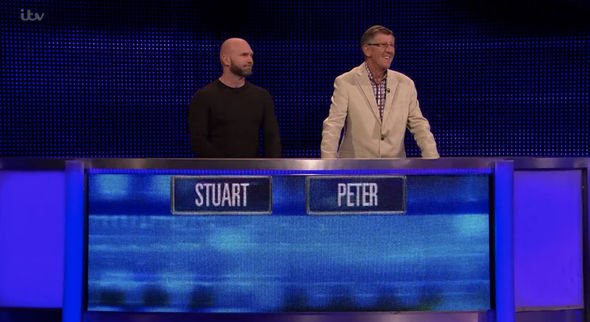 “She’s got no chance on these questions #TheChase,” remarked a third.

Another fan joked that: “She has p**** someone off before the show #TheChase.”

Unfortunately, Georgia was quickly knocked out the competition, and failed to make it through to the final round.

“I’ve got rid of a young player and both the women… the less diverse a team the better for me,” Anne joked after the youngster was beaten.

“If you took the minus I wouldn’t be worried,” Stuart told her.

However, she decided to go with the £3,000 that she achieved in her cash-builder, which cost her a place in the Final Chase.

As Stuart and Peter went through to the Final Chase, the pair did better than expected and managed to get a respectable 18 steps between them.

Anne came back out to take on the Final Chase, telling the pair: “That’s a very decent target, more than I predicted.”

The result was close, however ultimately they were beaten with just eight seconds to spare.

Bradley concluded: “Two attempts to pushback, caught with eight seconds remaining, the damage was done when the other players were knocked out.”

It was also revealed that The Chase would be replaced in a scheduling shake up for the next three weeks, which fans of the daily quiz show were outraged by.

Quiz show Cash Trapped, also hosted by Bradley Walsh, will return for its third series in the time slot that usually hosts The Chase.

“No, I’m not thrilled to know #CashTrapped returns #The Chase,” said one upset fan.

“I’m very disappointed #TheChase is being replaced by #CashTrapped next week, I thought we’d got rid of that dreadful show for good,” shared another.

As The Chase returns tomorrow for its penultimate episode for the time being, will the contestants manage to take home the jackpot as they face one of Britain’s finest quiz brains?

The Chase returns tomorrow at 5pm on ITV