The Family Chase welcomed the Lawrence-Harish family on to the ITV quiz show to try and win the big bucks.

However, the Dark Destroyer himself was standing in their way of the jackpot.

But there was one on hand to help put The Chaser, Shaun Wallace, off his game: Bradley Walsh.

The Chase host was on fine form this evening and set about cracking some hilarious jokes.

One star of the family was asked which author said that the “pen is mightier than the sword”.

Quizzers will be aware the phrase was coined by Edward Bulwer-Lytton in 1839.

However, the quote peaked Bradley’s interest as he wondered how useful a pen would really be in a battle.

He began to sketch out how a soldier would write commands down to his team and it seemed Kerrie was loving the sketch.

But Shaun didn’t appear to be loving it quite as much and remained straight-faced throughout. 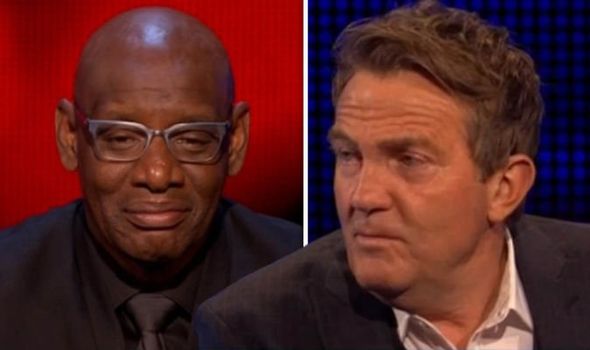 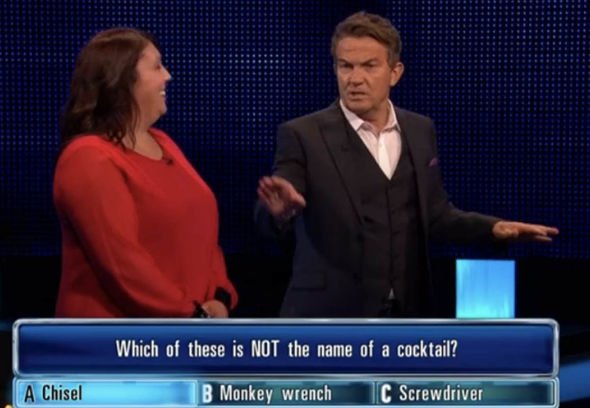 Bradley yelled at The Chaser to “cheer up” but his efforts didn’t seem to work.

The Lawrence-Harish family were certainly up against it tonight and struggled to get past Shaun, who was on fine form.

Mother Dawn was sadly knocked out of the competition first after she struggled to get her winnings home.

It was better news for Kerrie, who stormed through with her £500. 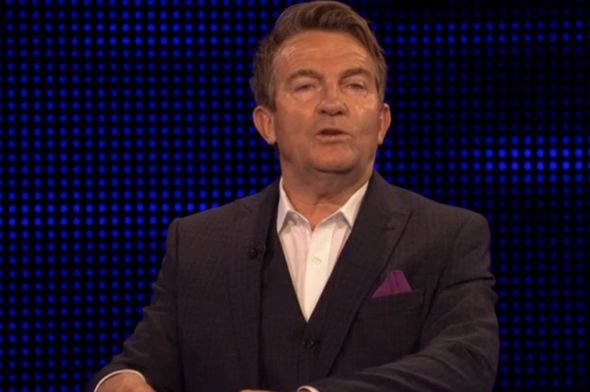 Earlier in the week, fellow Chaser Mark Labbett dropped a behind-the-scenes secret which left everyone stunned.

During a celebrity special, The Beast knocked out the plucky team but decided to share some advice with them.

He said: “I think what happened to you guys was you struggled to keep focused. That’s our one edge.

“It’s because you guys get stressed from the concentration, whereas we’re trained to do this all the time.”

The Chase airs weekdays on ITV at 5pm.