THE Chase fans were left in hysterics last night when Bradley Walsh asked a cheeky question about "Kimberley’s Big Hole" and Uranus.

Kimberley’s Big Hole is a diamond mine in South Africa – but many of The Chase viewers didn't know that and they got a shock when they heard the bizarre question. 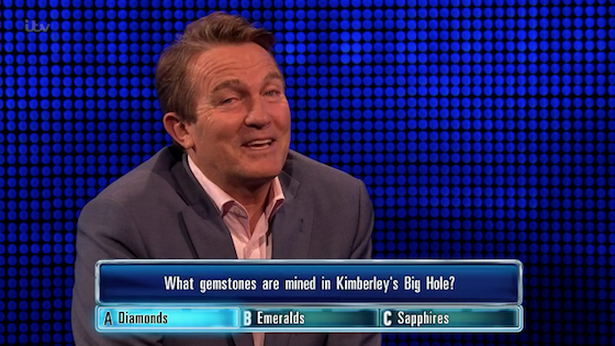 It didn't help that Bradley burst out laughing when he saw the question crop up.

And one viewer tweeted: "Kimberleys big hole ya what 😹😹".

While the memes came pouring in on Twitter, with Carry On star Kenneth Williams's pulling a surprised face. 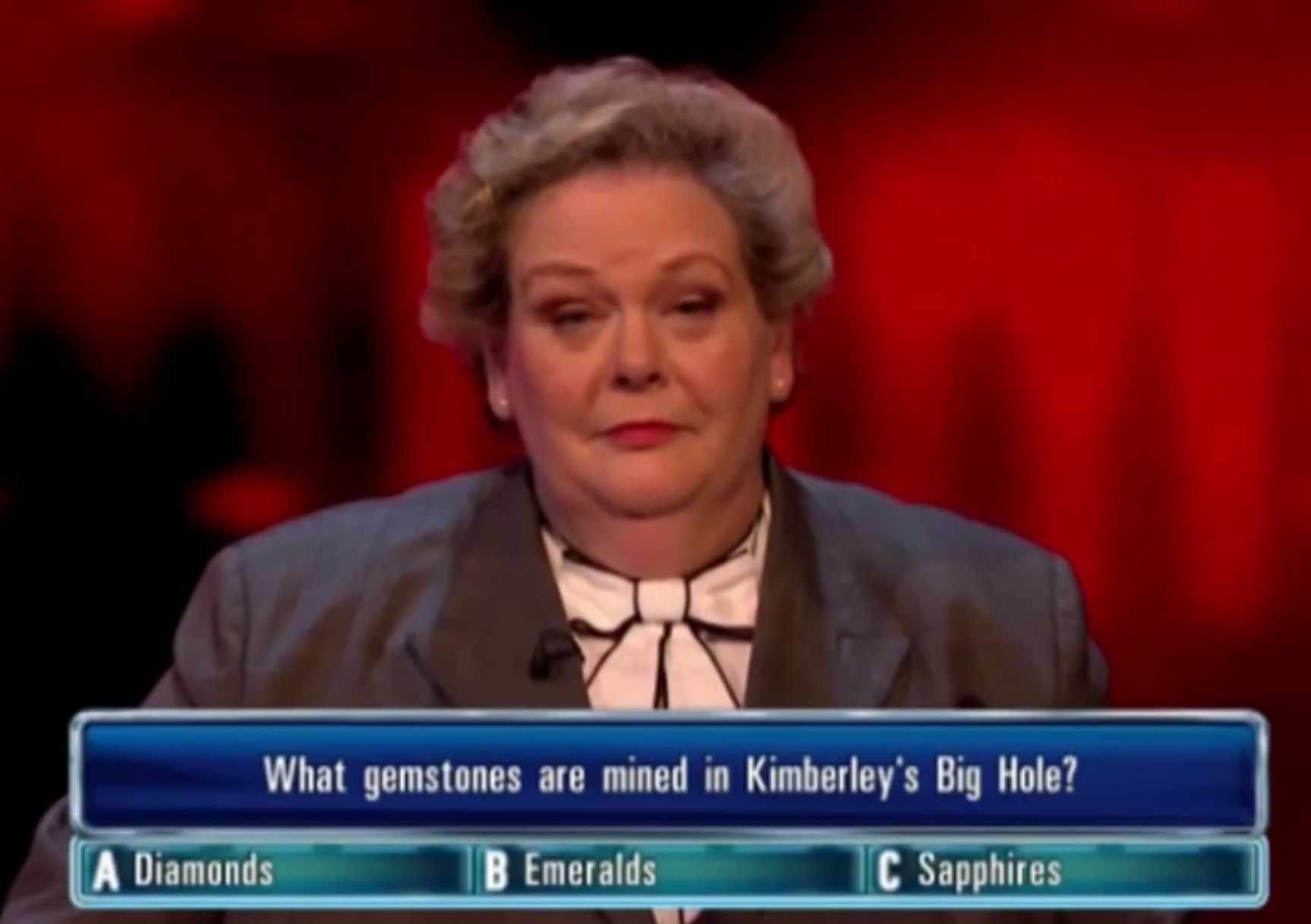 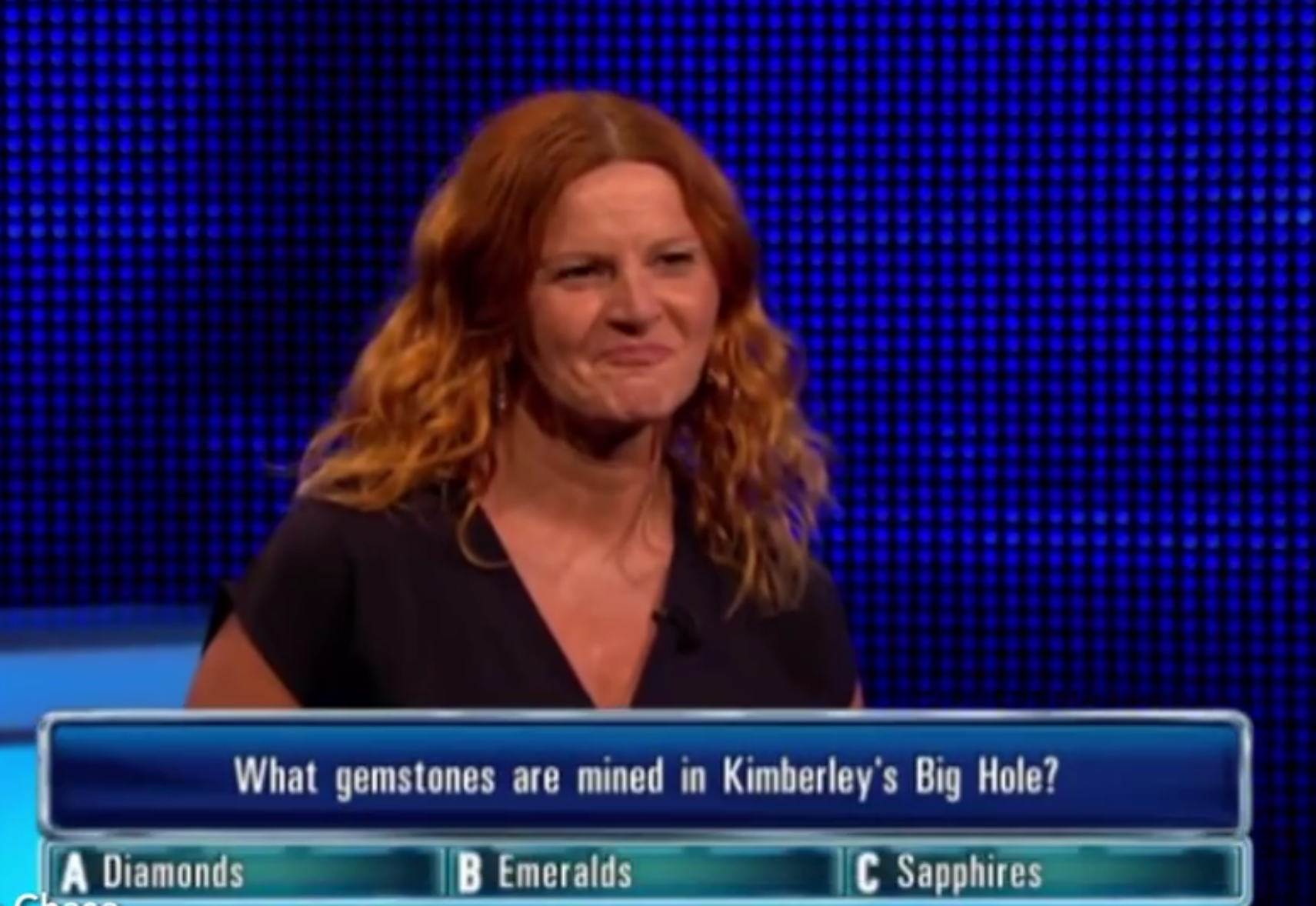 Before contestant Nikki could answer the question, Bradley laughed again and said: "Poor old Kimberley! That's all I can say."

And smirking, Anne Hegarty replied: "It's a place! In South Africa."

They were left howling at home again when Bradley asked: "What is the diameter of Uranus?"

It was too much for many to bear, as one tickled fan tweeted: "I'm supposed to be mature but Uranus cracks me up every time"

Last month a question the family-friendly quiz made jokes about "golden showers" and "moist curtains".

Some viewers even insisted the show should be pushed back to 9pm – the traditional 'watershed' for adult material on telly – following the cheeky comments.

Elsewhere, the show often makes the headlines, most recently for one 'yummy mummy' contestant.