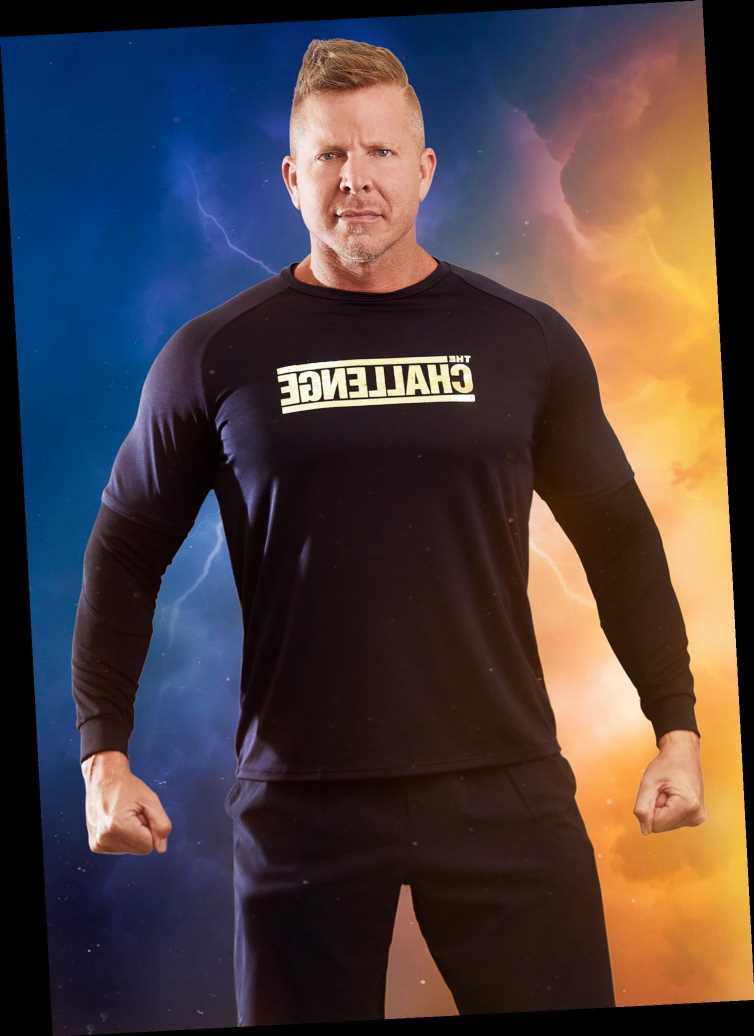 If you think The Challenge: All Stars is going to take it easy on some of the players returning to the game for the first time in more than a decade, think again.

The new series, featuring fan-favorite competitors like Mark Long, Derrick Kosinski, Ruthie Alcaide and Katie Doyle and premiering Thursday on Paramount+ (but you can watch the first five minutes right now, above!), is setting out to prove that the old guard of Challenge regulars are still ready to battle it out in mental and physical competitions — especially when $500,000 is on the line.

"I wouldn't want them to go easy on us just because we're considered older cats," Mark tells PEOPLE. "Everyone was there to compete."

For Mark, 49, seeing All Stars come to fruition was a very pleasant surprise. In fact, he's a big part of the reason it happened at all. In July 2020, the original Road Rules star began the #WeWantOGs hashtag on Twitter, which ultimately became a movement among The Challenge's diehard fans (and, after 36 seasons on MTV, the show has ample diehard fans).

"I'm pinching myself every day," he says. "It's pretty crazy. And I think that just shows you how relevant the genre is and how people are just yearning for that nostalgia. We had a bad year last year and I think, when you watch programs like this, that you've identified with and you've grown up with the cast members, it brings you back to the time when you just felt so good about things and life was easier and the music makes you smile."

"I think I'll smile the whole way through the first episode," he adds. "Just because we pulled it off so quickly with such amazing personalities." Below, Mark shares a bit more of what people can expect from All Stars — and gives his take on one of the most controversial players currently still competing on The Challenge: Double Agents.

PEOPLE: Who were you most surprised said yes to doing the show?

MARK LONG: There's Kendal [Sheppard] that's a mother of three. There's Yes [Duffy], who's a father of two. Even Darrell [Taylor] getting the lead again, who just came back from doing [Double Agents]. But I don't think I was surprised, because when I was reaching out to folks initially, no one really gave me a hard no. Everyone that I reached out to, including the moms and dads were like, "Look, if this thing is a two or three-week shooting schedule, count me in."

Who was the one that got away, that wasn't able to do this season and you hope will do the next if it happens?

Rachel [Robinson] was signed on for a while and then, because she's a mother as well and has her business at home, once the quarantine was initiated and we actually quarantined for 10 days, she just couldn't pull it off. So she actually has reached out to me since and said, if that quarantine gets eliminated or shrinks, count her in for season 2. Coral [Smith] was another one. Whose performance is going to surprise fans?

Jisela [Delgado] and Big Easy [a.k.a. Eric Banks]. On paper, and they'll admit it, they're not the fittest, they're not going to run the fastest or jump rope the longest. But when it comes to being clever, in terms of strategy and being able to be physical when they need to be? I was really surprised — in a great way.

Any rivalries or clashes to look out for?

Trishelle [Cannatella] and Katie, as you've seen in the preview. I didn't see that coming. Ruthie has a little problem with Aneesa [Ferreira] and Nehemiah [Clark] as we move forward, that's going to be uncovered. There's always a friendly rivalry between Derrick and Nehemiah, because Derrick always thinks he's the badass, which he is, and then Nehemiah is trying to get that role. So there's some moments when they're chirping back and forth.

Because you are The Godfather, I think fans would love to hear your take on the big rivalry on Double Agents right now, Fessy Shafaat and CT Tamburello.

I couldn't say it more clearly: I judge people on resumes, and CT's resume is about 18 pages longer than Fessy's. Everyone can win a daily challenge here or there, but until you win a final and put on that championship belt, you should keep your big mouth shut. It's easy to beat a guy that's half your size, in a Hall Brawl. I'd love to see what happens if CT got in there against him. I bet you he wouldn't be so mouthy.

The Challenge: All Stars premieres Thursday on Paramount+.