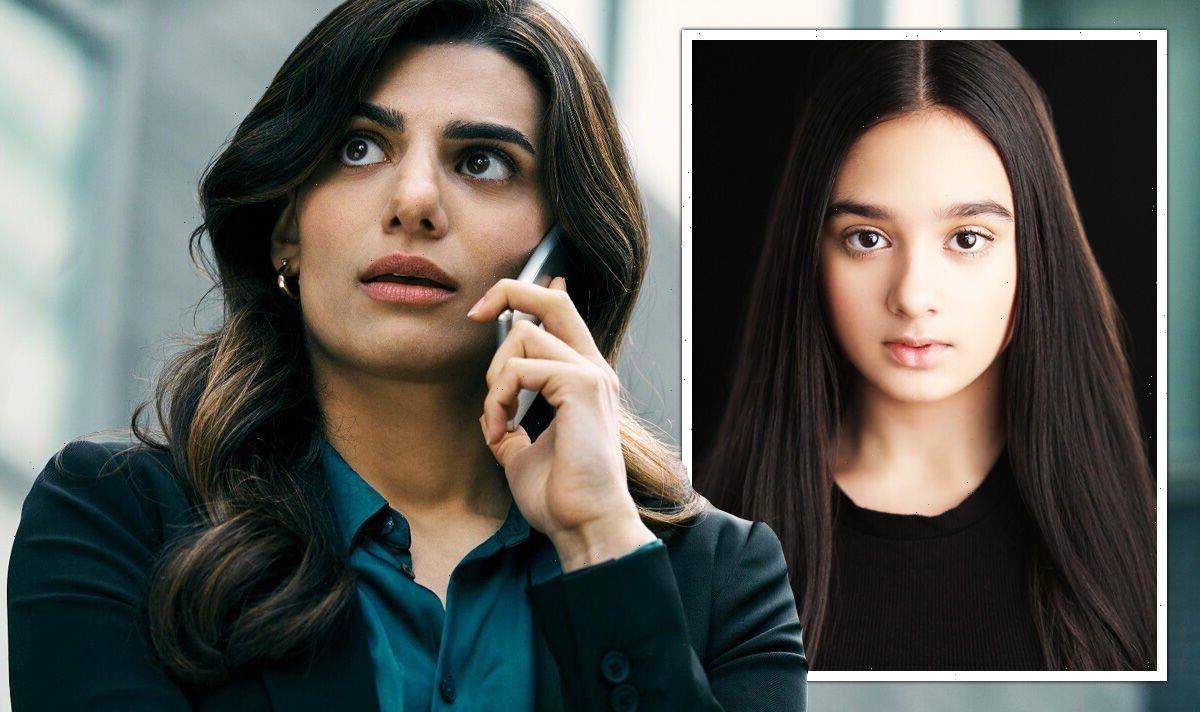 The cast of The Boys continues to expand in the Amazon Prime Video drama’s third season. Not only has Supernatural star Jensen Ackles joined the throng as Supe-out-of-time Soldier Boy, but viewers have also gained some valuable insight into the personal life of Victoria Neuman (played by Claudia Doumit). Series regular Claudia has now spoken exclusively to Express.co.uk about her experience working with young actress Olivia Morandin.

Claudia, best known as The Boys’ congressman Victoria Neuman, has paid tribute to the young newcomer who portrays her daughter Zoe in the Prime Video drama’s latest season.

Victoria’s daughter was initially introduced as a nameless young girl portrayed by Malia Singh in the second season.

Now confirmed to be named Zoe, Victoria’s daughter has featured in some pivotal scenes during the first four episodes of The Boys season three.

“The young actress who plays my daughter was absolutely phenomenal,” she told Express.co.uk. “I love her so much.”

After an intimidating visit from the unpredictable leader of the Seven, Homelander (Antony Starr), Victoria takes drastic action to protect her daughter from the threat of the Supes.

She consoles a frightened Zoe: “When I was little, they did the same thing to me.

“And I’m all right. We have to. It’s gonna make you so strong and safe. Forever.”

Victoria then produces a vial of Compound V, injecting her daughter to eventually develop superpowers of her own to give her a fighting chance if her mother is compromised.

Claudia recalled: “We actually had a blast on set that day, and in-between takes we were very much laughing and giggling and having a great time.

“But she was absolutely wonderful, and a pleasure to work with.

“And I really like how that scene turned out, so it was a wonderful experience.”

The emotional mother-daughter sequence was certainly one of the most intense scenes in what has already been an emotional third outing for Billy Butcher (Karl Urban) and The Boys.

Addressing the rest of the cast, Claudia continued with another tribute to her regular co-star Giancarlo Esposito.

The Better Call Saul star has portrayed Stan Edgar, the corrupt CEO of Vought, the shadowy company behind the world’s superheroes, since the second season.

He acts opposite Claudia in many of her scenes as they battle it out to mediate the Seven’s iron-clad grip on the American government.

“Giancarlo Esposito… what can I say?” Claudia began.

“Absolutely amazing, what an insane legend. Nothing but praise.

“Absolutely a delight to work with. I enjoyed every second of it.”

Giancarlo was previously balancing his duties with The Boys with major roles in the Breaking Bad prequel as well as his turn as Moff Gideon in Star Wars spin-off The Mandalorian.

Now Better Call Saul has come to an end, he could be returning to play an even bigger part in the newly confirmed fourth season of The Boys, along with the rest of the main cast.