The Bachelorette’s upcoming season appears to be one of the most anticipated in the show’s history. All thanks to the shocking exit of Clare Crawley just days into filming. Rumor has it that Clare fell in love with contestant Dale Moss and quit the show, and ABC replaced her with Tayshia Adams. Now, Clare and Dale are reportedly laying low in a “private home” together until season 16 hits the airwaves. 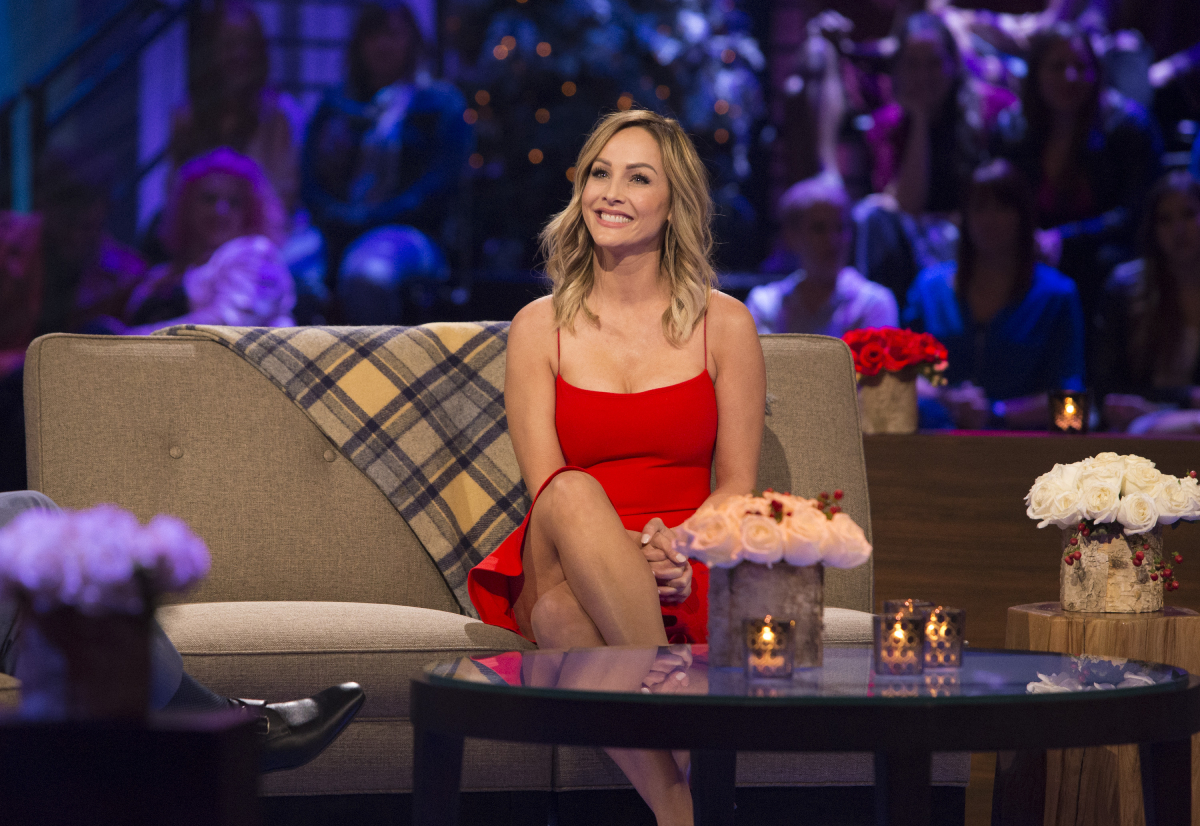 ‘The Bachelorette’ had immediate ‘problems’ with Clare

According to Cosmopolitan, the sites spilling the most season 16 behind-the-scenes secrets are Reality Steve and Reddit. On July 30, it was Reality Steve who revealed that Clare gave her first impression rose to Dale.

The next day, a Reddit post claimed that production was having “problems” with Clare, so they brought in Tayshia as a replacement.

“On Monday, I got some messages saying that production is having a lot of problems with Clare during filming. Among other things, she canceled everything that was supposed to happen that Saturday before, and they called in a new bachelorette. They are recasting her with Tayshia,” claimed the Reddit post.

It went on to say that Tayshia was already quarantining at the hotel. And, the plan was to call back some of the guys who had already been eliminated.

According to Life & Style Clare and Dale are even engaged. She reportedly told The Bachelorette producers after just 12 days that she didn’t want to participate in the show any longer because she had “already fallen in love.”

Production insiders say that the 31-year-old former NFL star has already popped the question to his 39-year-old future bride.

Clare has become a popular part of Bachelor Nation in recent years after making it to the final two during Juan Pablo Galavis’ season of The Bachelor. She also got engaged to Benoit Beauséjour-Savard during The Bachelor Winter Games reunion special in February 2018. But, they called it quits just two months later.

Staying silent for the cash

Even if Tayshia did replace Clare as The Bachelorette for season 16, Clare can reportedly still earn a paycheck from the show if she stays quiet. An insider recently revealed that the reason no one has heard from Clare in the last few weeks is that she is following the show’s strict rules.

“Dale and Clare have been whisked away to a private home where they will stay until the show debuts. So far, everything is being kept a mystery. Which is why we haven’t seen or heard from Clare for weeks,” dished the source.

The insider added that The Bachelorette “doesn’t mess about.” If Clare Crawley wants to get her $250,000 fee and appear on Dancing With the Stars, she has to “play by the ABC rules.” What that means is “zip it,” explained the source.

ABC has not revealed a premiere date for season 16 of The Bachelorette.