After criticism, The Bachelor has its first Black lead. One of the most outspoken people saying the franchise needs to improve its diversity is Rachel Lindsay. She shared her reaction to the casting news and reminded people that there needs to be more change.

Rachel Lindsay called for ‘The Bachelor’ to change 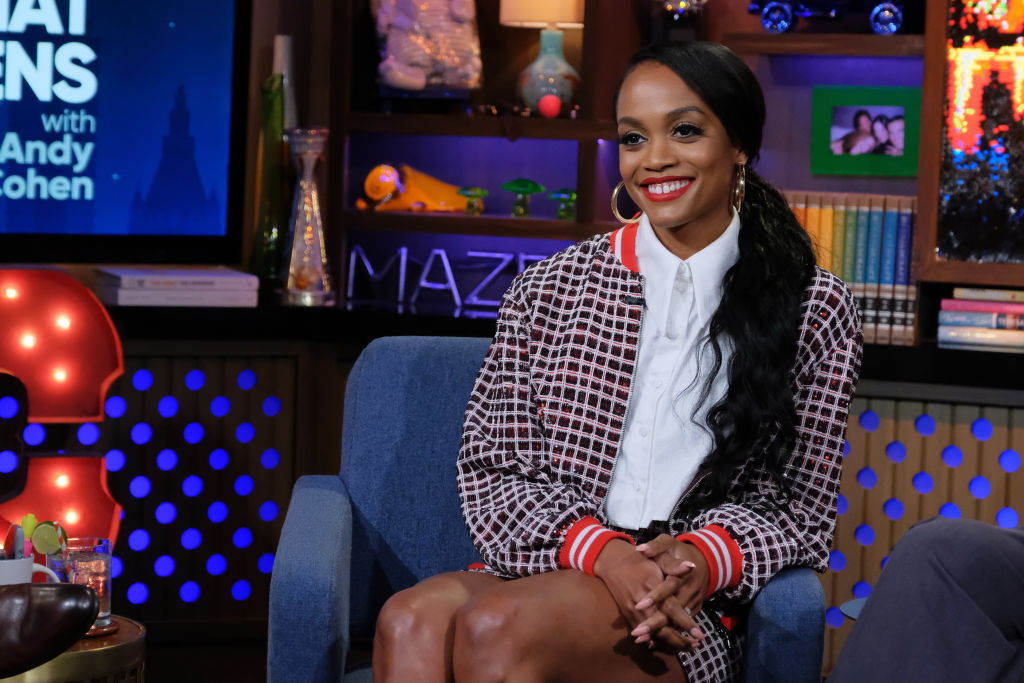 RELATED: ‘The Bachelor’: Matt James Hopes for a Diverse Cast With ‘all Shapes, Sizes, and Races’ for Season 25

The former bachelorette talked to AfterBuzz about how the franchise hasn’t changed since she was the star in 2017. She talked about where things are heading if it didn’t change course.

“In 40 seasons of [The Bachelor], you’ve had one Black lead,” she said. “We are on 45 presidents. And in 45 presidents there’s been one Black president. You are almost on par to say you’re more likely to become the president of the United States than you are a Black lead in this franchise. That’s insane. That’s ridiculous.”

Lindsay said she would quit aligning herself with the franchise if things didn’t change. “It’s been asked of me, will I continue in this franchise if it continues in this way,” she said. “I can’t. I have to see some type of change. It’s ridiculous. It’s embarrassing. At this point, it’s embarrassing to be affiliated with it.”

Matt James was chosen to be the star of ‘The Bachelor’

RELATED: ‘The Bachelorette’: Tyler Cameron Wants Matt James and Clare Crawley to ‘Have a Conversation’ After Drama

Clare Crawley’s season of The Bachelorette was postponed because of the pandemic. James was cast to be on his season and fans were looking forward to it since he’s friends with Tyler Cameron.

Rob Mills, ABC’s top unscripted executive, did an interview with Variety about the decision. He reacted to Lindsay calling out the franchise.

“It is hard not to feel bad because everybody within the show and at the network loves Rachel. We don’t want her to be upset or to feel like more can be done. The best thing to do is listen to her, and take this seriously,” Mills said. “As she said in Women Tell All [last season], she looks around and she’s the only person that looks like her. She is the one that everybody goes to for comment and she is the one teaching everyone.”

She reacted to the big announcement

“With the new day comes new strength and new thoughts.” And I definitely have some new thoughts up right now on #honestlyrach 📝💛. I’m back talking about strength, loss, and career crossroads. Check out my stories and tag someone who may need to read this 🙋🏾‍♀️ (LINK IN BIO)

Lindsay took to Twitter to react to the big news on June 12. She tweeted, “Congrats to Matt James. I am happy to see that a black man was cast after 18 years and 40 seasons. I believe it is a step in the right direction.”

The former star then wrote, “I would be remiss to not point out that based on the current climate, it feels like a knee-jerk reaction and a result of societal pressure. This announcement, without any further commitments regarding diversity, sweepingly brushes deeper issues under the rug.” She added, “Until we see action to address the systemic racism within the franchise, the casting news today is equivalent to the trend of posting a black box on your social media account without other steps taken to dismantle the systems of injustice.”

Lindsay ended things with, “I look forward to hearing more about the additional efforts the franchise plans to make towards change.” Many involved with the show have described James being cast as a start. Time will tell if and how the franchise will change further.