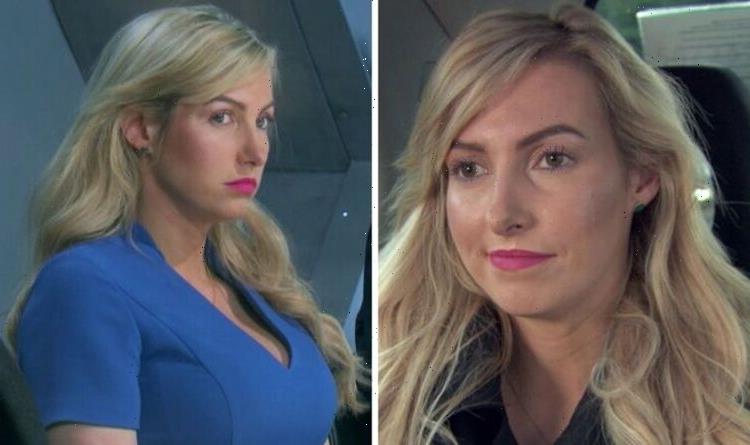 Sophie was the latest to be eliminated after a heated debate in the boardroom in the latest task, for which she was the project leader. Last week’s The Apprentice saw Sophie face a disastrous loss after a miscommunication between her and her team while designing electric driverless pods. After her team’s efforts were deemed “tacky”, Sophie’s decision to go with a party theme was put under question, and she was fired by Lord Sugar. Speaking to media, she accused some of her co-stars of being in the show for the wrong reasons as she labeled them fame-hungry.

Speaking to Express.co.uk and other media about what went wrong, the 32-year-old opened up on the goings-on behind the scenes of the BBC show.

“For me, I feel I went into the process for the correct reasons,” she explained.

“Like, I genuinely was reserved and thought about everything I spoke about before I opened my mouth.

“I did want to be viewed as a professional, I’ve had a career for 11 years and wanted to hopefully get Lord Sugar’s help.

“For me, I was going on it wanting the investment.

“I’ve invested hundreds of thousands into my bar currently, I’ve put blood, sweat and tears into it.

“It’s doing really well and I then wanted to go in and be mentored by Lord Sugar, to expand quickly and to learn as well.

“I learned everything myself and I want to learn more when I can.”

Speaking about how her attitude differed to fellow candidates, she continued: “With me, I feel I went in with the correct intentions but I don’t know whether if everyone was like myself it would be a less entertaining show.

“I think you do need a mix of individuals and some of those individuals aren’t actually in it for the correct reasons, they are in it for fame or they’re in for entertainment.

“And that’s why you get laughs and it is an entertainment show.”

The cocktail bar owner was dismissed by business tycoon Sugar after a row escalated in the boardroom.

Addressing the other candidates Sophie had chosen to be grilled in the boardroom, he continued: “Akshay [Thakrar], branding was poor.

“But I think it was poor simply because the goalposts were changing all the time.”

“I agree,” the contestant replied, before Alan assured him he wouldn’t be leaving the process.

“You’re not going, you’re staying, because what I see you doing is defending trying to sell blunt razors to a barber.”

He went on: “Sophie, you’re the project manager, and you’ve created a useless product which is hard to sell.”

He decided it was Sophie’s time to leave as week seven of the series concluded.

The Apprentice continues on Thursday at 9pm on BBC One.