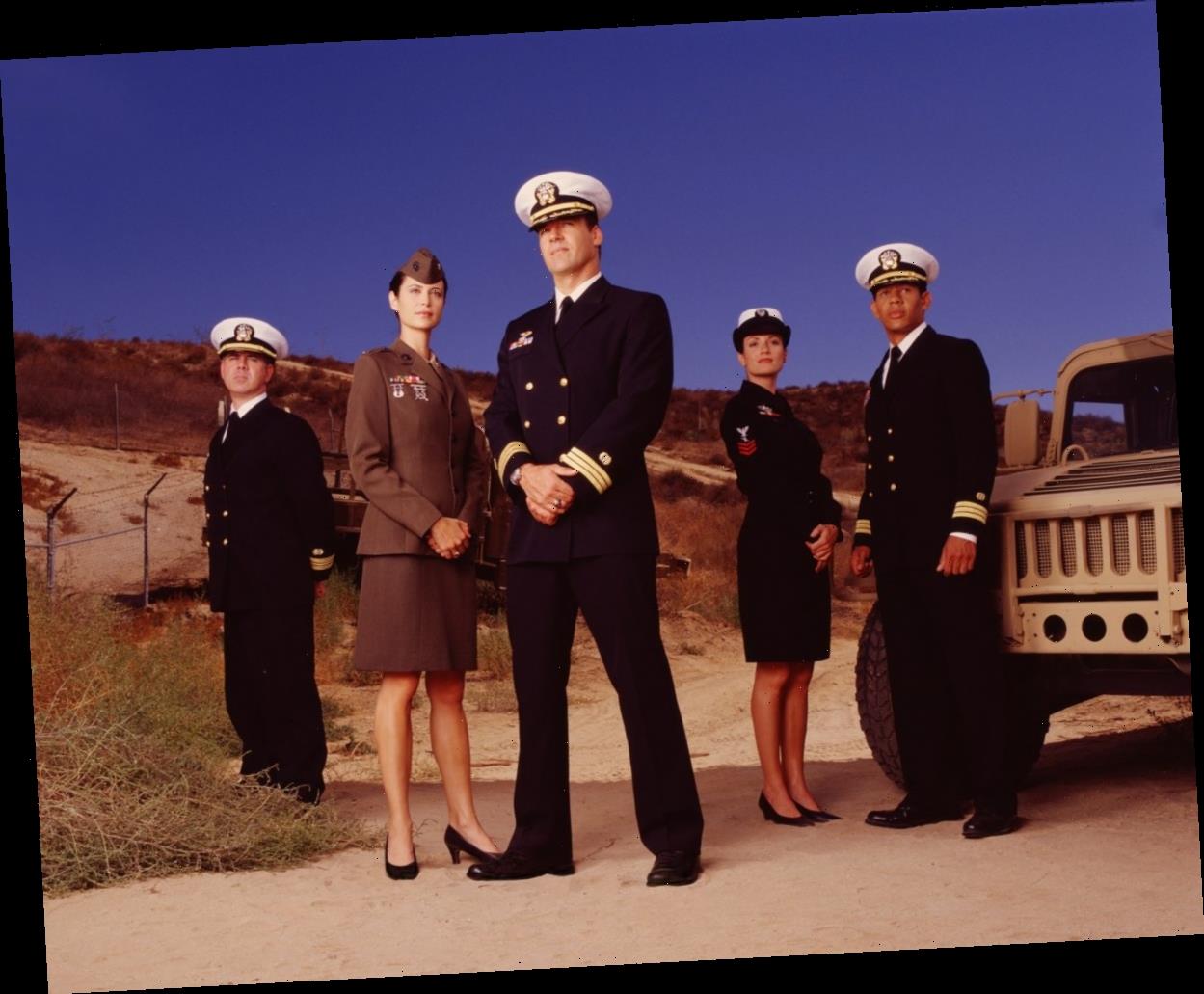 These days, the legal drama JAG is best remembered as a precursor to the wildly popular CBS series NCIS. But the show — which ran for 10 seasons from 1995 to 2005 — is more than just the parent to the NCIS franchise (which now also consists of NCIS: Los Angeles and NCIS: New Orleans). Originally billed as “Top Gun meets A Few Good Men,” JAG produced plenty of memorable moments of its own, including these 7 episodes, which IMDb users ranked as the show’s best.

In JAG’s Season 10 opener, Sturgis (Scott Lawrence) is now the acting JAG. Meanwhile, Mac (Catherine Bell) refuses to believe Clayton Webb (Steven Culp) is dead, teaming up with Harm (David James Elliott) to track him down. IMDb users gave this episode a rating of 8.5 out of 10.

In this season 7 episode, Mac has to confront her feelings for Harm, who is defending a Major accused of negligent homicide. IMBb users gave “Measure of Men” an 8.5 out of 10 rating.

The JAG Season 3 finale earned an 8.5 out of 10 rating from IMDb users. In the first half of a two-part episode, Harm receives a photo that suggests his missing father might be in Siberia. The episode ends in a cliffhanger that is resolved in the season 4 premiere.

JAG seemingly took a cue from The X-Files in the season 3 episode “Vanished,” which concerns a F-14 Tomcat fighter that mysteriously vanishes inside the Bermuda Triangle. IMDb users rated the episode 8.5 out of 10.

This holiday-themed JAG episode sees Bud (Patrick Labyorteaux) and Harriet (Karri Turner) inviting the entire JAG crew to a Christmas party in their new home. Everyone runs into trouble as they try to make their way to the celebration in this episode, which earned an 8.6 out of 10 rating on IMDb.

JAG’s Season 8 premiere featured plenty of drama, including Bud losing his leg when he steps on a landmine in Afghanistan and Chegwidden (John M. Jackson) and Singer (Nanci Chambers) having to testify before a Senate committee about the dirty bomb attack that occurred during the season 7 finale. IMDb users rated this episode 8.6 out of 10.

After a decade on the air, JAG’s finally signed off in 2005. The show’s last episode, “Fair Winds and Whispering Seas,” was also a fan favorite, with IMDb users rating 9.1 out of 10. In the episode, Harm and Mac both get transfer orders (him, to London and her to San Diego), which means they have to sort out their relationship, fast. The episode memorably ended with a coin toss to decide who would leave the service so they could be together. Fans finally learned the results of that coin flip in a 2019 NCIS:LA-JAG crossover episode.