THERE'S always a mainstream Netflix series on the lips of just about everyone.

However, the animated series and movies aren't to be forgotten – here are our favourite picks. 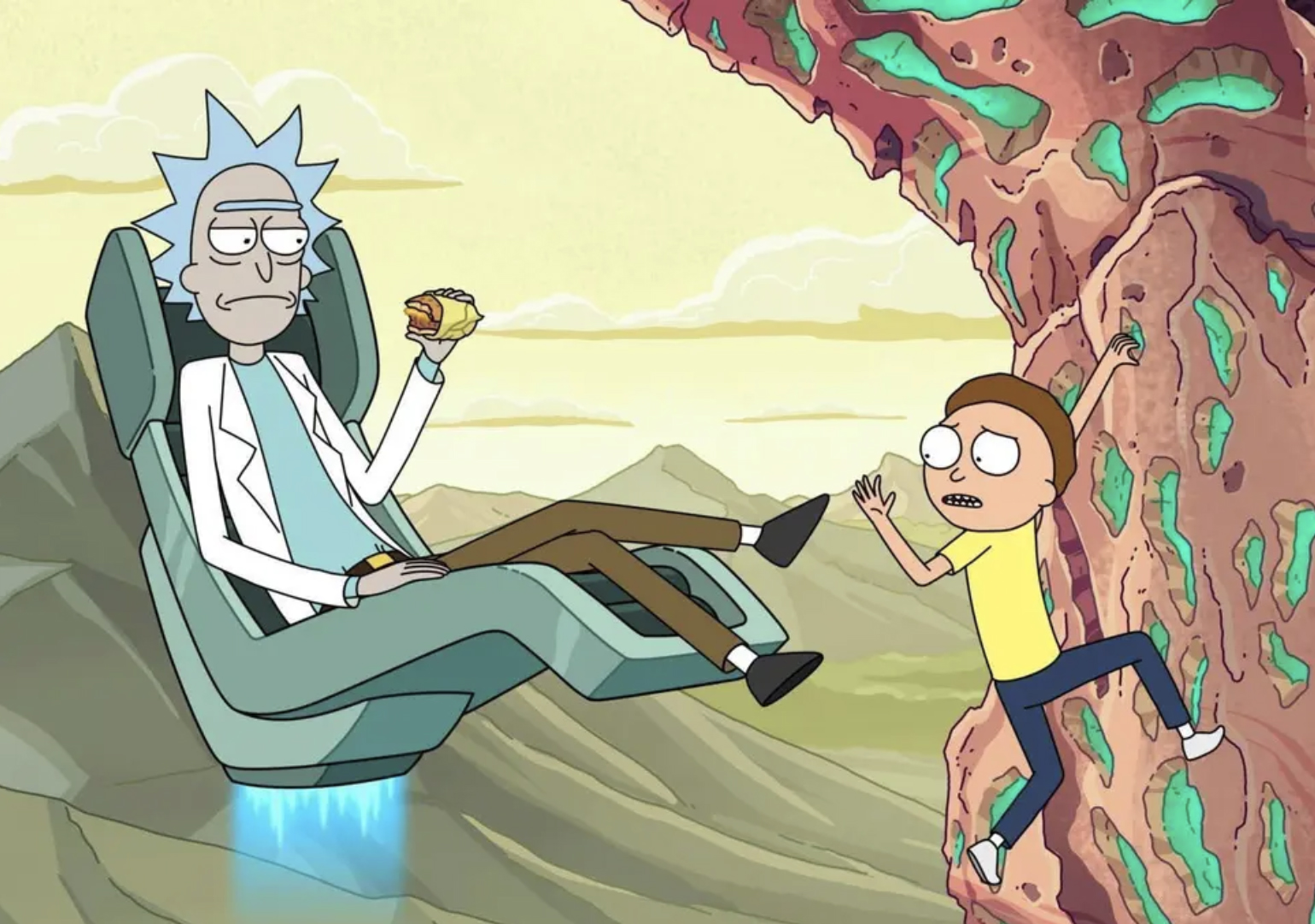 Animations aren't just for kids, as Rick and Morty proves.

The otherworldly series takes references from our world, such as the sinking of the Titanic.

Series one is available to stream now and has 11 episodes – it's one you can quickly sit through once hooked.

It mocks family life over four seasons, all of which are available to watch.

The show takes inspiration from the real-life of stand-up comic Bill Burr, who helped create the series.

A classic for children, but one that lots of adults enjoy too.

Laugh and cringe at the adventures of Spongebob, Patrick and Squidward as they work and live together under the sea.

There's a reason this show has endured after so many years.

A PG rated series that will captivate the minds of many children and young teenagers.

Aang has air bending powers, while the other characters have powers relating to the different elements.

The show follows Aang as he grows and learns more about his power, particularly as the last air bender.

The notorious raunchy comedy is worth watching if just for a laugh alone.

This is definitely not one for children!

Sausages discover what life is like after being sold at the supermarket.

Minecraft started as game for people to play, either on peaceful mode so it's calming, or with villains.

Now it's been adapted to be a series for children with interactive elements.

The decision-based narrative is likely to keep children entertained.

The sci-fi series follows a rebellious Princess, who according to Netflix, "would rather be drinking".

There are two series currently available to stream.

This isn't your classic princess or royalty story – there are demons and other strange characters involved.

This critically acclaimed film is regarded as one of Studio Ghibli films.

Netflix accompany the synopsis with this note: "Director Hayao Miyazaki won an Oscar for his supernatural adventure – the highest grossing film in Japanese history."

Even if anime isn't your kind of film, this is considered one to give a try.

BoJack Horseman is almost a black comedy, as it look at a failed and forgotten actor from the 90s.

In attempting to make a comeback, he has to ditch the booze.

Watch him attempt to break into Hollywood again – with many hiccups along the way.

This is a teen crime film that sees a psychotherapist get the help of thieves to steal paintings that keep appearing in his dreams.

The style of this animation is unlike the others listed here – it's artsy, just like the stolen paintings.

It adds a whole new meaning to the word 'collector'.

What’s on Netflix and Amazon Prime?

Currently listed as a popular watch on Netflix, this is a movie version of an original web series.

A girl with an interest in AI technology uses it to better her world, by making her friends become super heroes.

The Saudi animation did well in the Middle East, so was brought overseas.

Rated 15, this animated comedy follows two 30 year old animal friends as they navigate the roller coaster that is life.

Tuca is a toucan and Bertie is a song thrush, and their personalities are opposite.

Their friendship has survived living together, but now they have to move out as Bertie has a new person move in.

Definitely not one for children with its 18 rating, Big Mouth is a shameless comedy looking at puberty.

It's been created by genuine friends Nick Kroll and Andrew Goldberg.

The series has been Emmy nominated.

One for your youngest to enjoy, as characters earn badges when they learn a new skill.

Duggee leads a class of children at the Squirrel club.

The bitesize episodes are only 7 minutes long, so even the most restless children in your life should be able to engage.

Set in China, this Japanese film looks at the innocent first love between two characters.

There are two other stories looked at in the film, both set in different Chinese cities.

For those wanting something more heartfelt, this is one to go for.