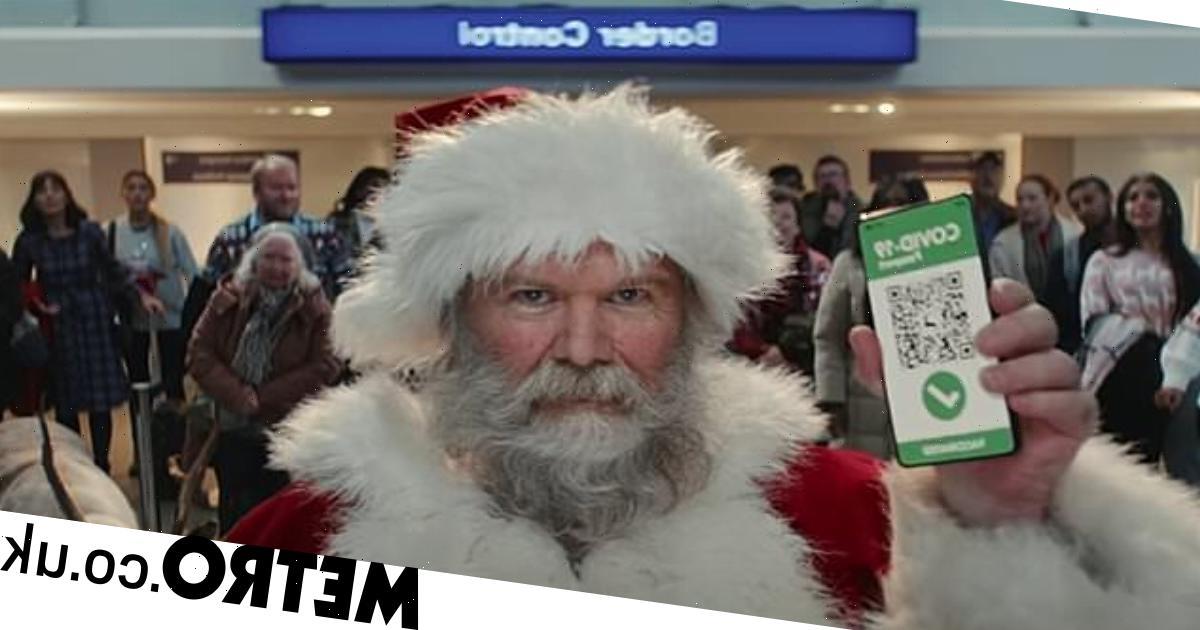 Tesco’s Christmas advert has become the most complained about commercial this year after backlash over the inclusion of a Covid vaccine pass.

The supermarket giant launched its festive offering, titled This Christmas, Nothing’s Stopping Us, on Saturday during ITV’s Celebrity Chase Special.

Set to Queen’s Don’t Stop Me Now, the 90-second ad sees the public hellbent on celebrating Christmas with their loved ones after lockdown restrictions prevented gatherings last year.

One scene has triggered contention though: Santa being threatened with the prospect of quarantine.

Luckily, he shows a Covid pass to a border guard at the airport, meaning he can keep going with his travel plans and deliver presents around the world.

This part of the advert was met with fierce criticism with some going as far as launching a #BoycottTesco campaign on social media in response to the yuletide clip. 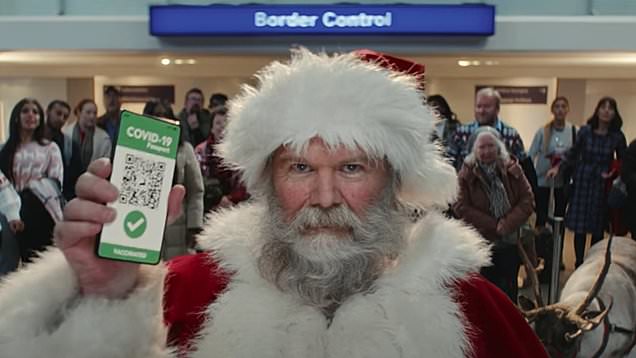 Gillian McKeith was among those who slammed Tesco, writing on Twitter: ‘#Tesco has a new Christmas advert that celebrates #discrimination & #segregation via a fully jabbed Santa who shows his medical status!’

She added: ‘Who in their right mind in management thought this was a good idea? If you don’t #BoycottTesco then you are #complicit.’

The Advertising Standards Authority, which enforces the UK advertising code, has confirmed that over 1,500 complaints have been made regarding the advert.

The watchdog added that it is reviewing the complaints to see whether an investigation needs to be launched.

‘We’ve currently received over 1,500 complaints regarding this ad,’ a spokesperson said.

‘The large majority of complaints assert that the ad is coercive, and encourages medical discrimination based on vaccine status.

‘We are currently carefully reviewing these complaints to determine whether there are any grounds for further action.’