Building a show around a pair of siblings has its challenges. Especially in the case of “Teenage Bounty Hunters” — which finds fraternal twins Sterling (Maddie Phillips) and Blair (Anjelica Bette Fellini) juggling the demands of high school and a part-time gig apprehending criminals. A central relationship around a close family bond needs a certain kind of calibration. Make the two too trusting of each other and you lose any sense of tension. Have them at each other’s throats all the time and it becomes repetitive.

But with Phillips and Fellini as anchors, “Teenage Bounty Hunters” avoids that problem altogether. Whether it’s in the pair’s occasional twin telepathy side conversations or in the regular day-in-review chatter, having these sisters who clearly care about each other is worth recommending the show all on its own. That persists whether they’re trying to navigate the tricky waters of high-school crushes or fledgling undercover detective work. Despite the concise way that the title brings those ideas together (and slightly edited from its original name, no less), the show is not quite as successful at getting all of Blair and Sterling’s exploits to gel as a series. But with this pair at the center, it’s still eminently watchable.

Almost from the outset, creator and writer Rebecca Jordan zeroes in on the dynamic between Blair and Sterling as the show’s strongest suit. There’s plenty the two disagree on: music choices, the attractiveness of their classmates, their approach to school uniforms. Those differences turn out to be assets for both them and the show when Blair and Sterling are thrust into the same unexpected side hustle. One fateful run-in brings them face to face with Bowser (Kadeem Hardison), who splits his time between pursuing suspects on the loose and managing a local fro-yo shop. After showing their resolve under pressure (and a proficiency in various firearms), Bowser reluctantly takes both sisters under his wing as cashiers and trackers.

When the sisters see what Bowser’s job truly entails, they’re both excited to contribute and understandably reticent on other levels. Like the way the show follows them through life at their religious private school or their family’s well-to-do Georgian social circle, “Teenage Bounty Hunters” doesn’t quite revel in those worlds as much as use them as chances for Blair and Sterling to see the inherent disconnect within them. The two love their family, but recognize how they help uphold the not-explicitly-exclusionary nature of their social club. They understand how some people draw strength from faith but are also presented with the structural ways that some use those same beliefs to restrict behavior.

Even over the course of the 10-episode season, those ideas are closer to regular observations than a core pillar of the show. Instead, the structure of “Teenage Bounty Hunters” coalesces around a Perp of the Week approach, with Bowser, Sterling, and Blair using their combined wherewithal to track down wanted criminals. As a team, these three are efficient in all the ways that the show needs them to be. The pair’s chemistry with Bowser has enough of the begrudging mentor/mentee spirit while still leaving enough room for all three to learn about each other over time. Sometimes their assignments don’t turn out as originally promised — seeing them adjust on the fly helps underline what each values out of this unusual business arrangement. 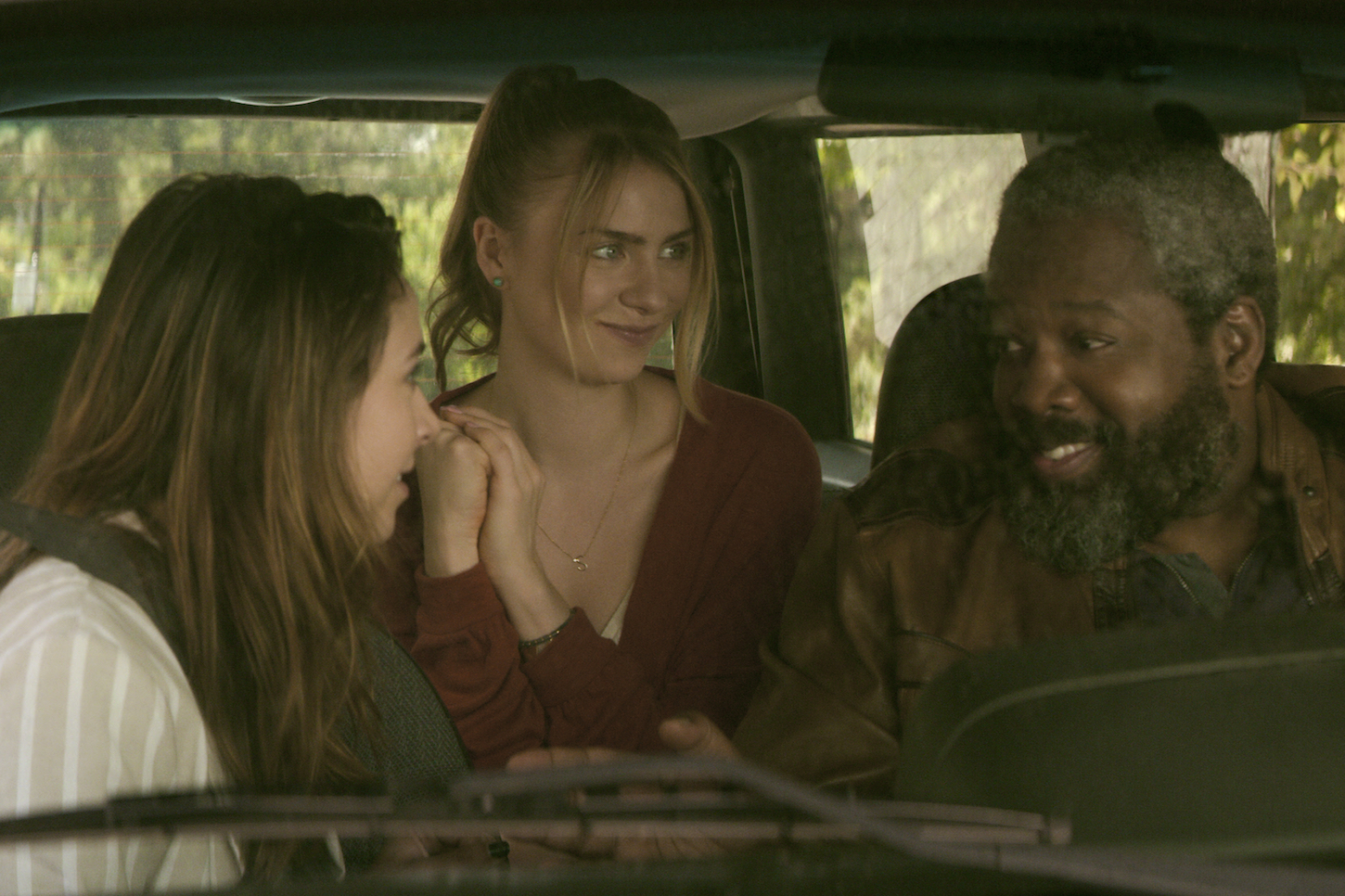 Given how much Sterling and Blair’s new after-school job upends their perceptions of each other and the life they share, on some level it does make sense that at times “Teenage Bounty Hunters” feels a bit disjointed. Past a certain point, the relative importance of riding shotgun with Bowser recedes as more traditional high-school concerns take over. When Sterling and Blair’s respective priorities shift from episode to episode, it gets harder for the show to give proportional weight to the bounty-hunting element that gives the premise (and title) its hook.

And as much as Bowser works well as part of this unlikely venture, “Teenage Bounty Hunters” is less successful when the focus shifts to his life outside of the “office.” Even with the presence of one impeccably cast guest star, Hardison playing Bowser’s dejected realization of a misspent romantic life can only carry that part of the show so far. (Still, in a comedy that tees up its punchlines so well, Hardison’s deadpan exasperation is one of the show’s bright spots, no matter who he’s talking to.)

Like “Booksmart,” a film this show shares some spiritual DNA with, there’s plenty of energy that comes with discovery. Blair and Sterling breaking from their sheltered sisterly pod and asserting themselves as individuals gives the show plenty of ongoing promise. With a writing team led by Jordan and a director roster dotted with comedy vets, “Teenage Bounty Hunters” sizzles when it steps back and lets their interactions flourish. That includes a handful of sequences with their school’s youth group leader Ellen (Wynn Everett), one of the running threads the show has the strongest tonal handle on.

The legal entanglements feel less potent or necessary over time when there’s enough intrigue and easy banter between Sterling and Blair and everyone in their respective circles. As both sisters start to explore the assumptions they’ve been handed about who’s worthy of respect and how they should act on their impulses, the piecemeal approach to nabbing people who’ve skipped out on bail doesn’t quite hold the same weight. Yet in those moments when all these disparate elements do click into place, there’s more than enough onscreen energy to want to see where Blair and Sterling’s stories head next.

“Teenage Bounty Hunters” is now available to stream on Netflix.