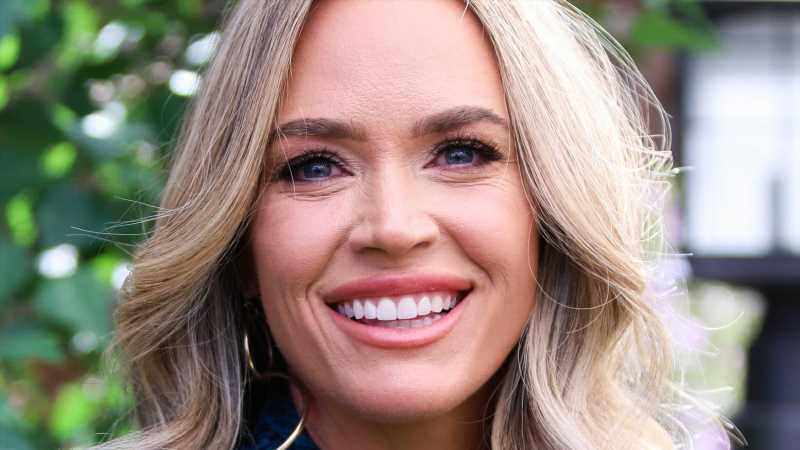 Nutrition and wellness coach Teddi Mellencamp took to Instagram back in September 2020 to not only announce her departure from “Real Housewives of Beverly Hills,” but to give the real reason why. She said in a video, “I recently found out that my contract as a Housewife is not being renewed. Of course, I could give you the standard response of ‘Oh, we both came to the decision that it would be best …’ Nah, I’m not gonna do that.” Teddi continued, “It feels like a breakup almost because you develop such strong relationships with the cast, with the crew, and you get to do incredible things.”

John Mellencamp’s daughter joined the show during Season 8 and seems to have no regrets. She told the “Getting Real with the Housewives” podcast (via Us Weekly), “In the big scheme of things, I came out unscathed. My kids are healthy and happy and my marriage is good and my friendships are good.” She even added that her departure may have been a blessing in disguise, saying, “I think that especially what we’re going through right now in the pandemic and all of these things, I feel like maybe I was, like, being looked out for in some way.” While Teddi may have come to terms with being off the show, it appears her costars had other plans in mind.

It 'took convincing' to get Teddi Mellencamp to appear on RHOBH

Former reality TV star Teddi Mellencamp appears to still have a future on “Real Housewives of Beverly Hills” despite leaving the show last season. During an episode of her podcast, “Teddi Tea Pod with Teddi Mellencamp,” Teddi discussed her return with her former “RHOBH” costar Kyle Richards. When the topic came up, Kyle said (via Us Weekly), “Yes, well obviously,” adding, “I mean, I had to drag you, but you did.” Kyle elaborated saying, “it took some convincing” to get Teddi to film her appearance.

As for Mellencamp, she didn’t give too much away, saying a vague “You’ll have to see.” While her return appearance may be surprising to some, Teddi has remained close to her former costars. After leaving the show, she revealed on the “Getting Real with the Housewives” podcast, “I’m still friends with a lot of the women on the show and I wish everybody a ton of success.”

The All In founder even continued to root for the show and posted about its newest season despite not being asked to renew her contract. Teddi recently shared a photo of her hugging “RHOBH” stars Lisa Rinna, Dorit Kemsley, Erika Jayne, and, of course, Kyle where she captioned it in part, “Love ya’ll and I needed those laughs tonight.” While Teddi may have had to be convinced to make an appearance on “RHOBH,” it seems she’s happy to be reunited with her friends and fellow Housewives.