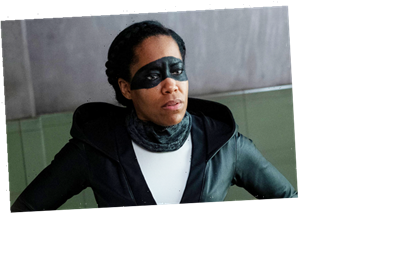 Lila Byock, who served as a writer and producer on Damon Lindelof’s Emmy-winning “Watchmen” limited series, has a question for Ted Cruz: “What the fuck are you talking about?” Byock was one of many social media users ripping Cruz after the senator evoked “Watchmen” and “Avengers: Endgame” to criticize the left for thinking “people are a disease.” Cruz made the argument on the most recent episode of his “The Verdict” podcast, a video excerpt from which circulated Twitter and earned over one million views in less than 24 hours.

“You talked about inevitable,” Cruz tells co-host Michael Knowles. “I have to say it brought to mind ‘Avengers: Endgame’… what is interesting, and ‘Endgame’ is curious. Have you noticed in many movies how often rabid environmentalists are the bad guys? Whether it’s Thanos, or go to ‘Watchmen’…the view of the left is people are a disease. They buy into the Malthusian line that there are too many people in the world, people are bad and everything would be better if we had fewer people. Thanos wanted to eliminate 50 percent of the life forms in the universe with one finger snapping.”

Byock responded, “Hi, Ted Cruz, ‘Watchmen’ writer/producer here. Literally what the fuck are you talking about?”

“Doctor Strange” screenwriter C. Robert Cargill responded, “My favorite part is when he mentions ‘Watchmen,’ clearly means the show, and realizes he’s about to say the quiet part loud again,” while Media Matters editor at large Parker Molloy wrote, “This…doesn’t even make sense? Setting aside that ‘Watchmen’ has nothing to do with environmentalism, if the view of ‘the left’ was that ‘people are a disease,’ then…wouldn’t those be the protagonists?”

It’s hardly the first time Cruz has been mocked for citing “Watchmen.” Back in 2015 when Cruz was a Republican presidential nominee, the senator named “Watchmen” character Rorschach as one of his top five superheroes. Given that Rorschach is an agent of chaos, many social media users were quick to call out Cruz’s selection.