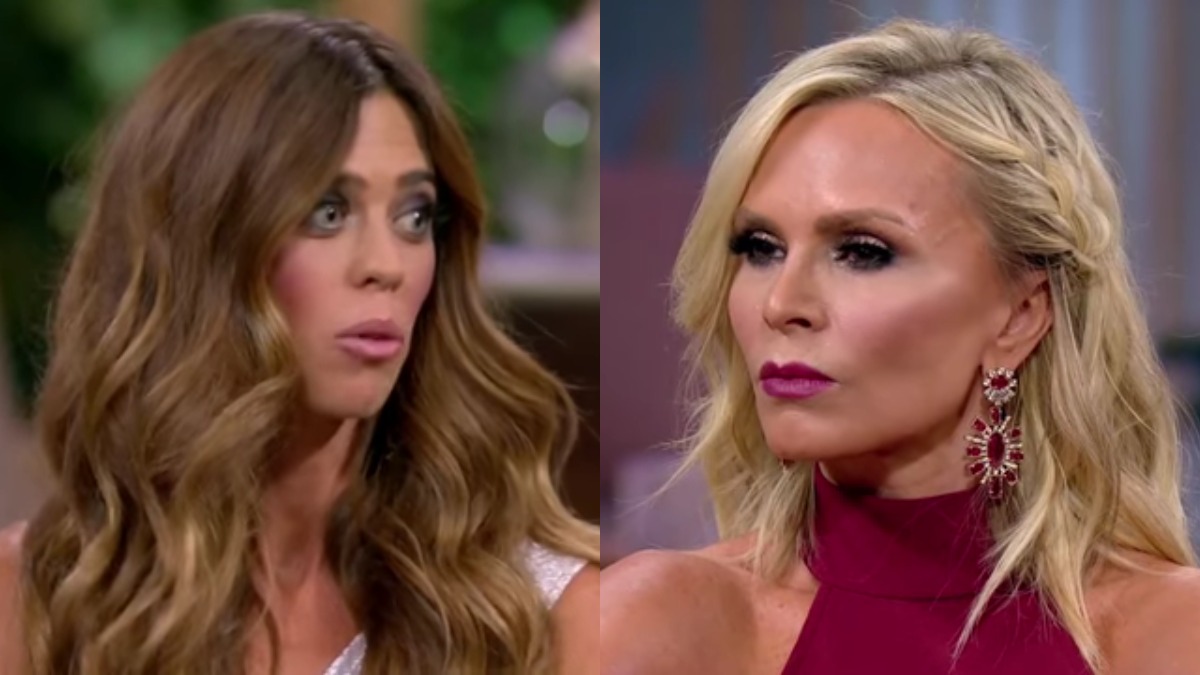 Tamra Judge and Lydia McLaughlin are trading jabs ahead of The Real Housewives of Orange County Season 15 premiere.

The former housewives appear to be feuding about their former job. Tamra isn’t returning this season after declining a limited role and Lydia hasn’t been part of the show since 2018.

What started the Tamra Judge and Lydia McLaughlin feud?

Over the weekend, Lydia McLaughlin sat down with BravoTV and talked about what she has been up to, including working on the new Bravo series, Glitter Town. She was asked about Vicki Gunvalson and Tamra Judge not returning for Season 15 of The Real Housewives of Orange County.

Lydia was generous in her comments about Vicki, noting that she is busy with family life and planning the rest of her life with fiance, Steve Lodge. When it came to Tamra, she wasn’t nearly as gracious. Lydia revealed that she thinks Tamra’s need to talk about Season 15 is “pathetic” and she should move on.

Those were fighting words, and it didn’t take long for Tamra Judge to find out what Lydia McLaughlin said and for her to fire back.

What did Tamra Judge say about Lydia McLaughlin?

In an Instagram post that is now deleted, Tamra Judge went off about Lydia McLaughlin’s comments on her status. It wasn’t up long, but her post was captured and shared for everyone to see even after she deleted it from her page.

She said, in part, “Please Don’t feel sorry for me sweet Christian girl I’m doing just fine.” Tamra went on to elaborate that she has two businesses now and chose not to partake in a limited role due to some health issues that they are facing as a family. She wanted to be there for her kids as her ex-husband, Simon Barney, has cancer.

Guess it’s not all glitter and rainbows. #CommentsByCelebs #RHOC

Guess it’s not all glitter and rainbows. #CommentsByCelebs #RHOC

There is also the snark about the TV show. Tamra revealed she is working on something else and said it won’t be an online series like Lydia McLaughlin’s. She also revealed that she had to pay for Glitter Town and she isn’t paying for her new show to be in production. The shade between these two was intense.

It doesn’t appear these two will reconcile anytime soon. Lydia revealed that both Tamra Judge and Shannon Beador had her blocked on social media.

These ladies are more invested in the next season of RHOC than some of the other former housewives who are actually appearing on the show.

The Real Housewives of Orange County returns Wednesday, October 7 at 9/8c on Bravo.