Susanna Reid was putty in Jason Derulo's hands on today's Good Morning Britain as she met her celebrity crush for the first time.

Her co-star Piers Morgan relentlessly teased her throughout the interview, telling the hunky American singer: "I've never seen her more trembling with excitement as she is this morning." 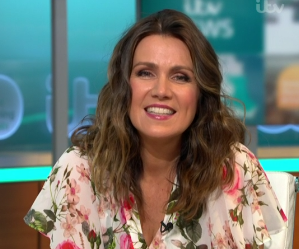 While she was thrilled to speak to Jason, Susanna was disappointed not to get a glimpse of his LA mansion.

Instead, Savage Love singer Jason was seated in front of a plain black curtain for the chat. 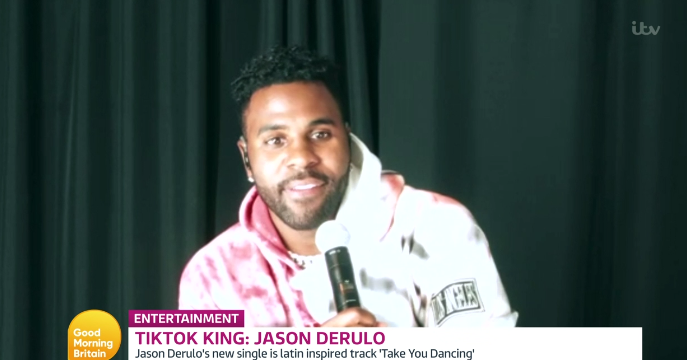 The GMB duo asked if Jason was concerned social media app Tik Tok will be shut down by President Trump over privacy concerns.

He didn't want to be drawn on politics but did say he can't see the app going anywhere.

The more Jason talked, them more Piers complimented his voice, saying: "I can immediately feel the seductive effect it's having on Susanna 6,000 miles away."