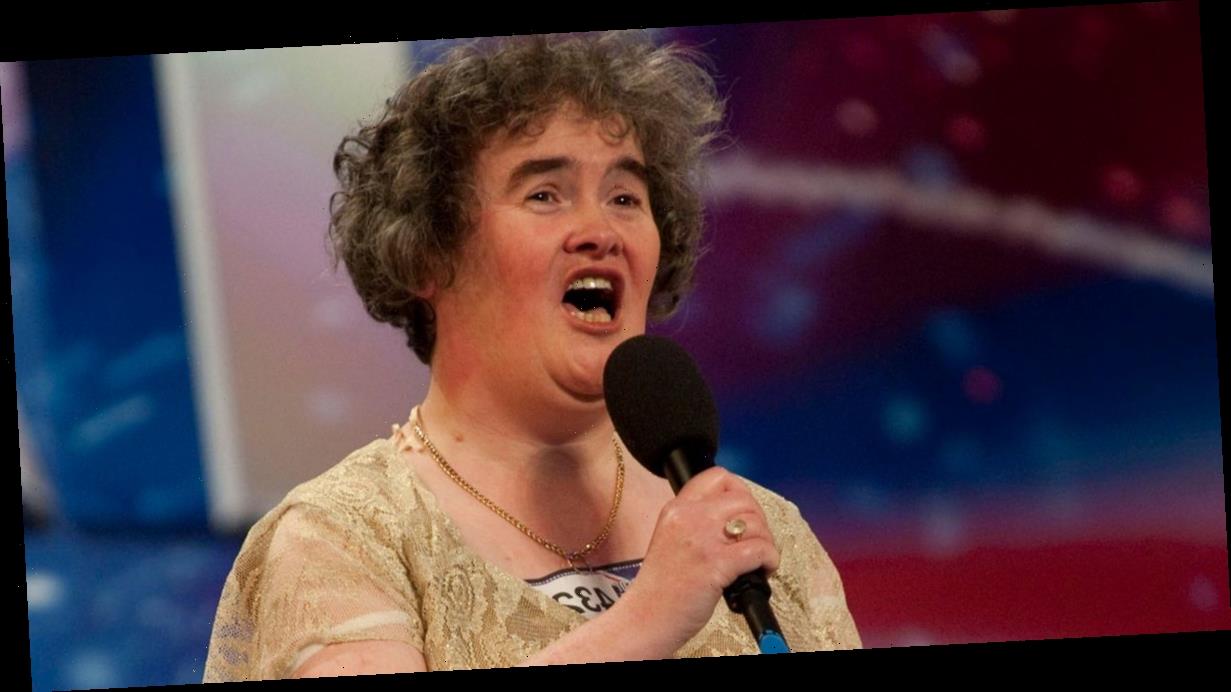 It’s been more than 10 years since singer Susan Boyle shocked the nation with her Britain’s Got Talent audition.

She blew viewers away with a touching performance of I Dreamed A Dream from hit musical Les Miserables, shocking everyone with her normal appearance but show-stopping voice.

The singer came runner up to dance troupe Diversity in series 3 of the talent show in 2009.

And on the dark horse’s 60th birthday, where have the other acts ended up now? From political controversies to arrests – we're taking a look at the BGT finalists from one of the most prolific series of all time.

This dance troupe needs no introduction. Diversity made waves with their innovative street dance style, and have toured the nation bringing their iconic dancing to fans.

Their latest arena tour, Genesis, took place in 2017, just before the group made their pantomime debut in Dick Whittington at the London Palladium.

Since then, leader and choreographer Ashley Banjo has appeared as a judge on both ITV’s Dancing on Ice and Strictly rival Dance Dance Dance, while his brother Jordan starred in series 16 of I’m a Celeb.

The group attracted over 27,000 Ofcom complaints last year for their sensational Black Lives Matter dance on the Britain’s Got Talent semi-final.

The dance included criticism over police brutality and racism, while the soundtrack repeated: “I can’t breathe” in reference to George Floyd’s death.

Ashley Banjo hit back at viewers who said the dance was “too political”, and said: “We wanted to use the platform we’ve been given to make our voices heard, express how the events of this year have made us feel and think about how we might look back on them in the future.”

Diversity has also had their fair share of tragedy.as troupe member Robert Anker was tragically killed in a car crash in Canada back in 2017, when he was just 27 years old.

Scottish singer Susan Boyle has had an impressive music career since finishing as runner-up on BGT.

She’s been nominated for two Grammys and two Billboard Music Awards, along with winning the World’s Best Selling British Artist Award at the World Music Awards in 2010.

She’s produced seven studio albums and one compilation album, the most recent of which was Ten in 2019.

Susan even holds a whopping six Guinness World Records, including one for Fastest Selling Album for a UK Female.

SuBo is a legend in the music world, but she’s also made waves on the stage. Stage musical I Dreamed a Dream opened in Newcastle before going on to a UK tour, with Elaine C. Smith starring as Susan – though the star herself popped in for a cameo appearance.

Fox was in talks to produce a film version of the musical.

Saxophonist Julian Smith came third in series three of BGT, winning a standing ovation for his performance of Somewhere, from the musical West Side Story.

However, he failed to land a major record deal when the show wrapped.

Instead, he released the album Somewhere with Big Bear Records in 2010, which included saxophone covers of classic songs including Yesterday and Bring Me To Life.

Also known by his stage name Joolz Gianni, Julian has now released seven albums in total, with his latest being Wonderful World in 2015.

He now offers private gigs, and even got to perform at the Royal Albert Hall alongside his hero Kenny G.

The father and son dance duo Stavros Flatley were perhaps one of the most surprising acts to take on Britain’s Got Talent.

The British-Cypriot duo is made up of Demetrios and Michalakis ‘Lagi’ Andreas, and placed fourth on BGT with their blend of Irish and Greek dancing.

Demetrios originally owned a Greek restaurant in North London, where the food was “notoriously bad” but the cabaret performances went down a treat.

In 2017, Lagi made headlines after it emerged he was arrested for a £56,000 cannabis farm in his London flat – however, he maintained that he was not living in the property at the time.

The pair split in 2019 as son Lagi, now 24, wanted to concentrate on his Cyprus barber shop.

They revealed the news just days before the final of Britain’s Got Talent: The Champions, on which they appeared – but Demetrios vowed to continue the act with his nephew Samson.

Son Lagi told The Sun: “We’ve done this for 10 years for a joke.

Street dancer and rapper Aidan Davis placed fifth overall on series three of BGT aged just 12 – but Aidan wasn’t ready to hang up his dancing shoes when the show ended.

Instead, he performed at a Michael Jackson dance tribute show in 2009, along with other BGT dance stars including Diversity and George Sampson.

He also appeared at the 2009 event Rock with Laughter alongside acts like Peter Andre, Alesha Dixon and Alan Carr.

Since then, he’s appeared on various TV shows including the CBBC programme Friday Download in 2011 and The Dog Ate My Homework in 2015.

He has also been releasing music, with his latest song Open coming out in 2017.

Welsh actor and singer Shaheen Jafargholi was also just 12 when he stormed onto the BGT stage with a cover of Amy Winehouse’s Valerie.

But the ITV talent show isn’t his only claim to fame – in 2009, he appeared in TV shows like Torchwood and Casualty, as well as touring with the stage show Thriller – Live as a young Michael Jackson.

He placed sixth in Britain’s Got Talent, but that didn’t stop him from achieving his lofty goals – after the show, Shaheen performed at the 2009 MOBO awards, and appeared on both The Ellen DeGeneres Show and BBC Children in Need.

In 2010, Shaheen announced he would release his debut album. It was later delayed until 2011, but never actually got released, despite high-profile collaborations with top US producers Jerry Wonda and Igloo & TC.

Shaheen did reprise his acting career, however – he portrayed Shakil Kazemi in EastEnders for two years, and acted in Holby City until 2020. He was longlisted for two Inside Soap awards in 2016 and 2020.

At the tender age of 10, Hollie stunned the BGT audience with her shockingly strong singing voice – though she’s perhaps best remembered for suffering a panic attack onstage during the semi-finals.

Hollie joined the rest of the BGT cast in touring the UK in 2009, and recorded her debut album Hollie to be released in May 2010.

Since then, she has released three albums.

Hollie then turned to the stage, appearing as Louisa von Trapp in Andrew Lloyd Webber’s UK Sound of Music tour and then at The Lowry in Salford playing Holly in The Extraordinary Tale of Holly Christmas.

In 2018, Hollie embarked on a cruise ship career with Royal Caribbean, where she played Frenchy in musical Grease until the summer of 2019.

Street dance troupe Flawless might have been overshadowed by fellow dancers Diversity, but they have made their mark on the dance scene since.

After finishing BGT, they headed off on their Chase the Dream tour in 2010, and appeared in the feature film StreetDance 3D and its 2012 sequel StreetDance 2 alongside Diversity.

They have since made their pantomime debut in 2014/15, starring in Peter Pan at the Milton Keynes Theatre.

The group even collaborated with Kylie Minogue for the Queen’s Diamond Jubilee Concert.

They appeared on the CBBC show The Slammer until 2019.

Singer Shaun Smith performed U2’s With or Without You in his semi-final, and went on to the final where he performed Ain’t No Sunshine.

He embarked on the BGT UK tour after the programme aired, and sang in front of Prince Charles for a Prince’s Trust event at Clarence House.

Shaun has since taken his music on a nationwide tour, including performances in London, Wigan and various Butlins locations.

According to his LinkedIn page, he now covers big band and swing songs, and writes his own material.

Possibly the most tragic result from series three of BGT was the sad passing of John Neill, who made up one half of Doncaster duo 2 Grand alongside granddaughter Sallie Lax.

John had previously lost his wife to cancer just three days before appearing on the first Britain’s Got Talent auditions.

He passed away in September 2014 from cancer himself. John had continued to perform while he was receiving treatment.

Sallie, meanwhile, has continued to sing across the UK, and was part of The Voice in a Million Choir where she sang two solo songs at Liverpool arena and The O2 arena.