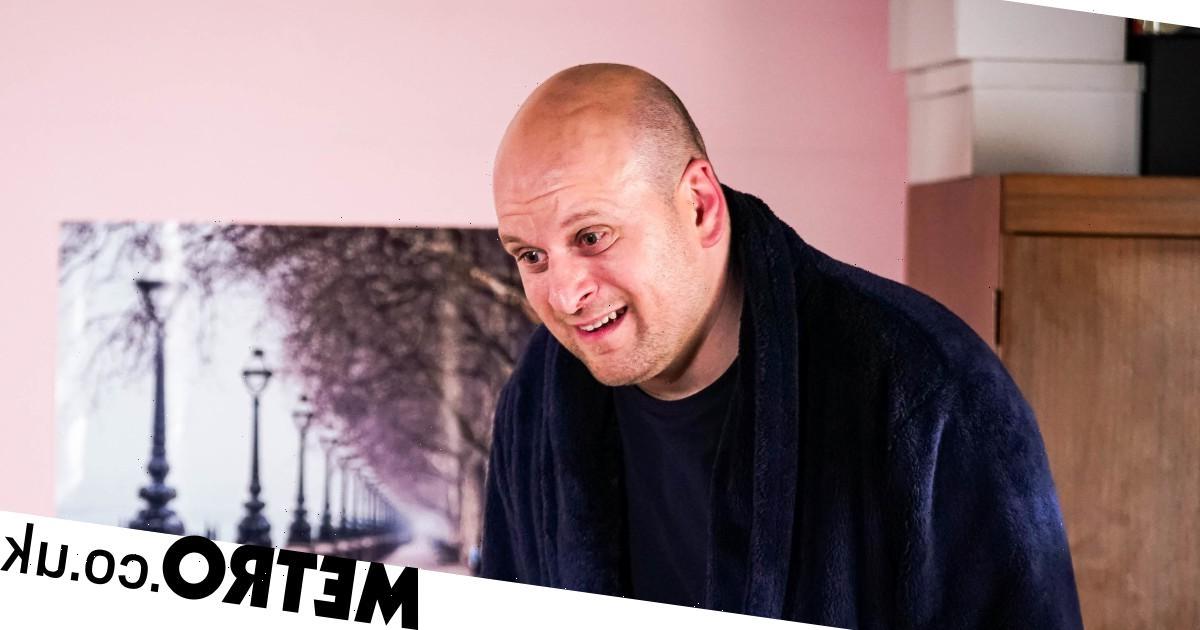 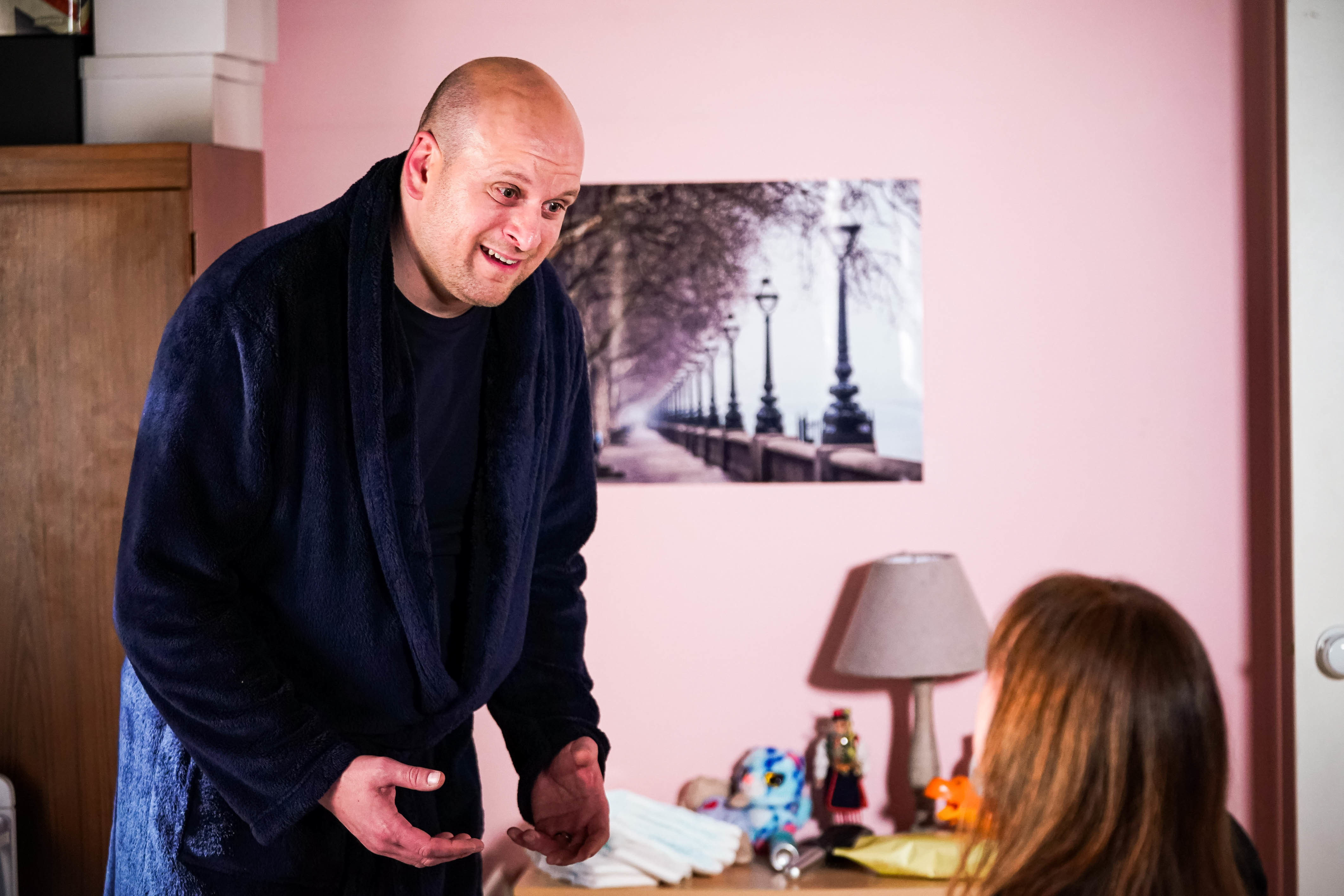 Stuart Highway (Ricky Champ) is finding it incredibly difficult to connect with baby Roland in EastEnders.

In a storyline that highlights male post-natal depression, Stuart has struggled to show love towards his baby son, and often makes excuses so he doesn’t have to look after him alone.

Away from Roland, Stuart is also recovering from a breast cancer operation and initially feared he’d become addicted to the pain medication.

Due to his previous addiction to drugs, Stuart decided he’d look at alternative treatments, convinced a dodgy bloke selling herbal remedies on the street would actually cure his cancer.

Rainie (Tanya Franks) is keeping an eye on Stu’s medication but remains unaware of his mental health issues.

Coming up, after finding some tablets in the bin, Rainie questions why Stuart would make her believe he’s addicted to drugs again.

Unable to find the words, Stu rushes out and attends a chemo appointment.

The next day, Stuart finally plucks up the courage to tell Rainie he has no feelings towards Roland.

But what will this do to their relationship?

Can their marriage survive this huge confession?