Tonight’s Strictly Come Dancing (November 10) was an emotional one for both Ashley Roberts and Shirley Ballas.

Ashley and her professional partner Pasha Kovalev performed a Couples’ Choice Contemporary dance to ‘Unsteady – Erich Lee Gravity Remix’ by X Ambassadors, which the singer dedicated to her late father.

In her pre-performance video, Ashley explained that her father was a musician and that she “grew up around music”.

She continued: “The story of the dance is about loss. I lost my dad earlier this year. My dad and I’s connection in life was music, was performing, was all of this.

“So to have this show come in at this time… I just feel like it is a gift in so many ways. 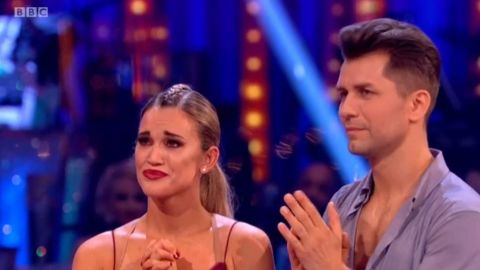 “Within the music and within the performing is where I know he is with me, and that means a lot to me. This number is for dad, for sure.”

Host Tess Daly called the couple’s routine “so moving”, adding that “the emotion was there for us all to see”.

Shirley most definitely agreed. Clutching a tissue in her hand, the Head Judge stood to congratulate the former Pussycat Doll. 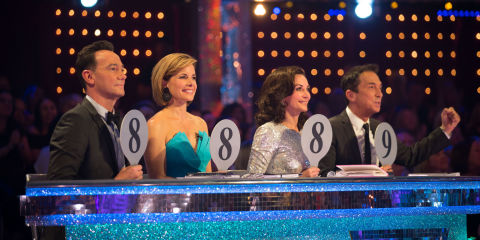 With her voice cracking, she told Ashley: “Well, I think today you spoke for everybody in the country who’s ever lost somebody that they love.

“This was from your heart, it was purely danced from a beautiful place. And I’m sad that your dad’s not here to see you but I know he’ll be proud of you.” 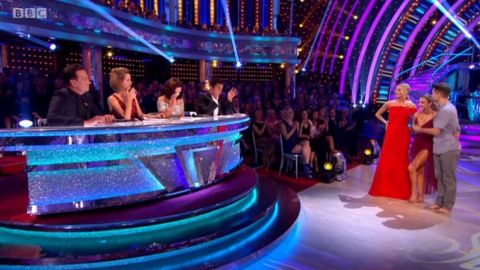 Shirley could be seen dabbing her eyes as she sat back down, while Ashley was also visibly teary.

Viewers were equally as touched. Tweets included: “Shirley just made the whole nation weep. Ashley was just amazing,” and: “Shirley’s got me in tears!”

Ashley and Pasha scored a total of 39, placing them at the top of the leaderboard.

We reckon that stands them in pretty good stead for tomorrow night’s (October 11) results show. Her dad certainly would be proud.

Strictly Come Dancing airs on BBC One on Saturdays and Sundays.