STRICTLY Come Dancing's Caroline Quentin has revealed that she and professional partner Johannes Radebe have "had their first barney" – confirming that the "honeymoon period is over".

The 60-year-old actress appeared on today's episode of This Morning as she and the pro took a break from rehearsals. 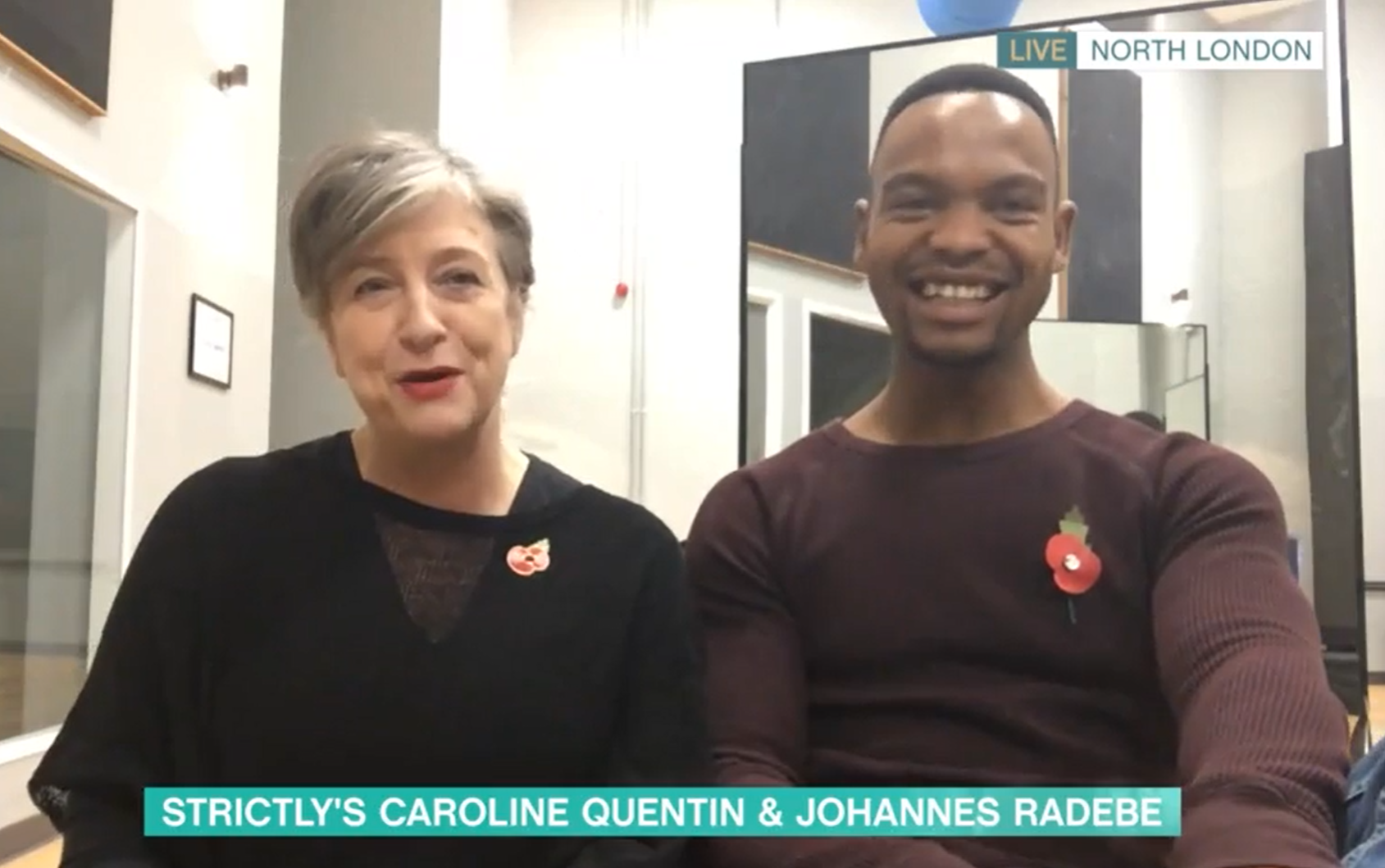 Speaking to hosts Holly Willoughby and Phillip Schofield, Caroline admitted that things had taken a turn after she got frustrated at the 33-year-old dancer "always being right".

Johannes had sung Caroline's praises, telling the hosts: "She's a very strong-headed woman but she takes direction so well, so I am really happy."

Sheepish Caroline then interjected: "That's very nice of Johannes to say that as we had our first barney yesterday and we are both still slightly ouchy about it."

Sharing some more details, the star continued: "It's quite hard sometimes to be told all the time by someone who is always genuinely right. 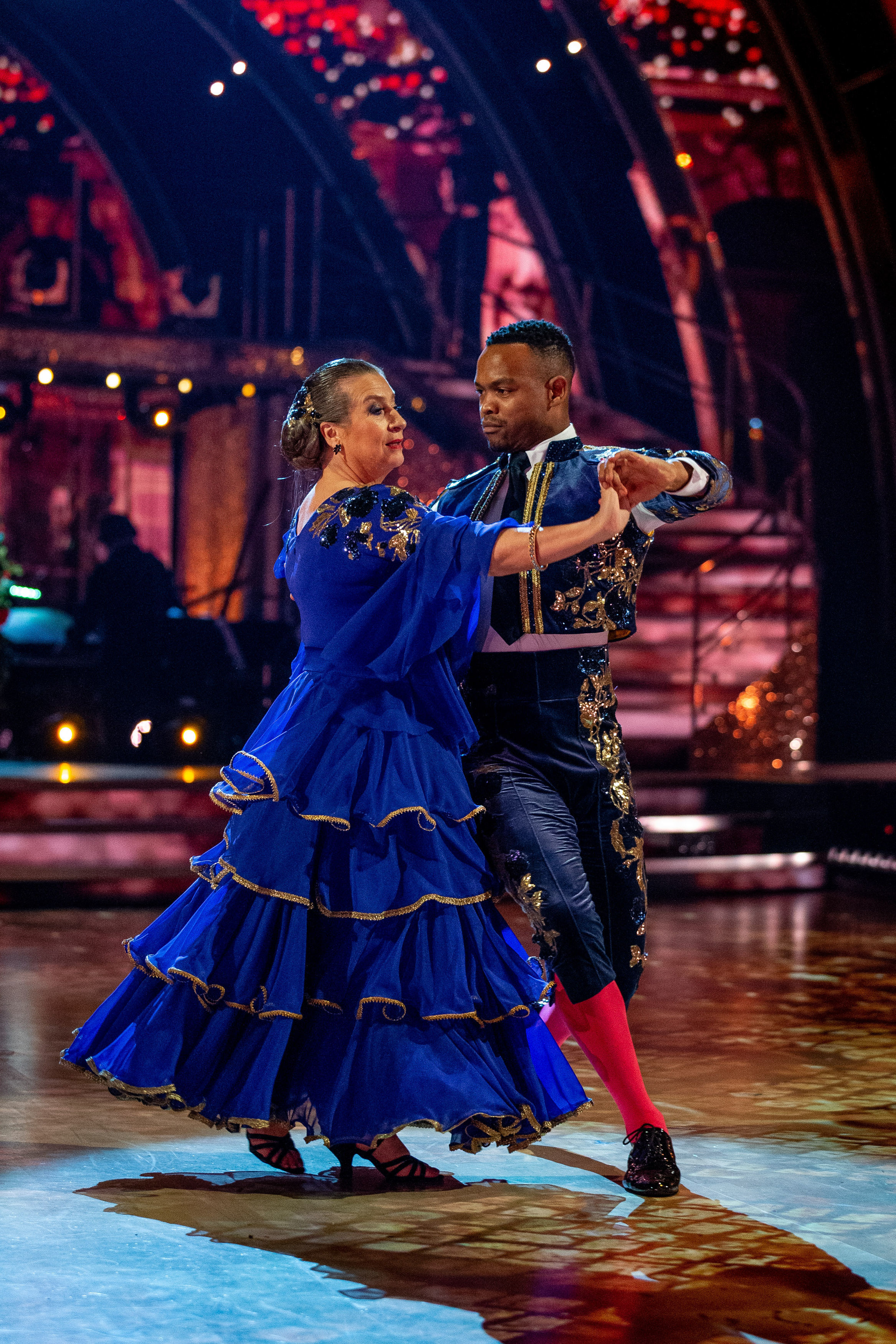 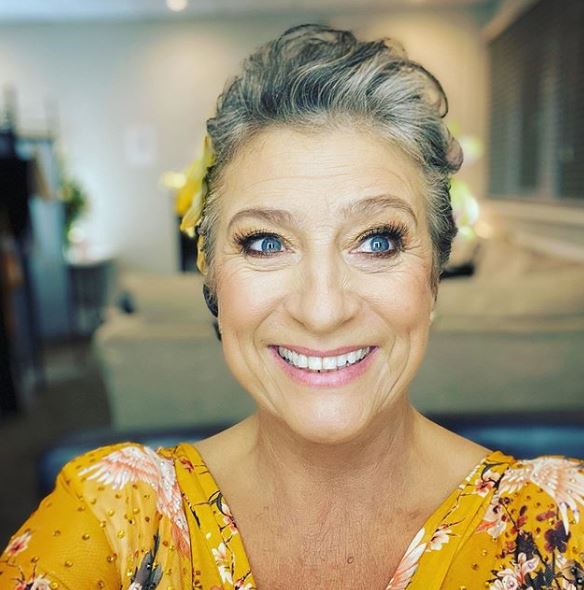 "It's quite frustrating; I offered an opinion about a dance step and I was entirely wrong but rather than back down gracefully I banged on about it and he just got annoyed with me.

"He was like: 'No' as I'm like: 'I am right about this!' Ten minutes later I suddenly realised I was entirely wrong.

"So I think our honeymoon period is over, but I am going to learn to be quiet and just butt out."

Despite the run-in, Caroline insisted that she couldn't be happier with her partner, and she'd made it no secret that she wanted to be teamed with Johannes before it was officially announced. 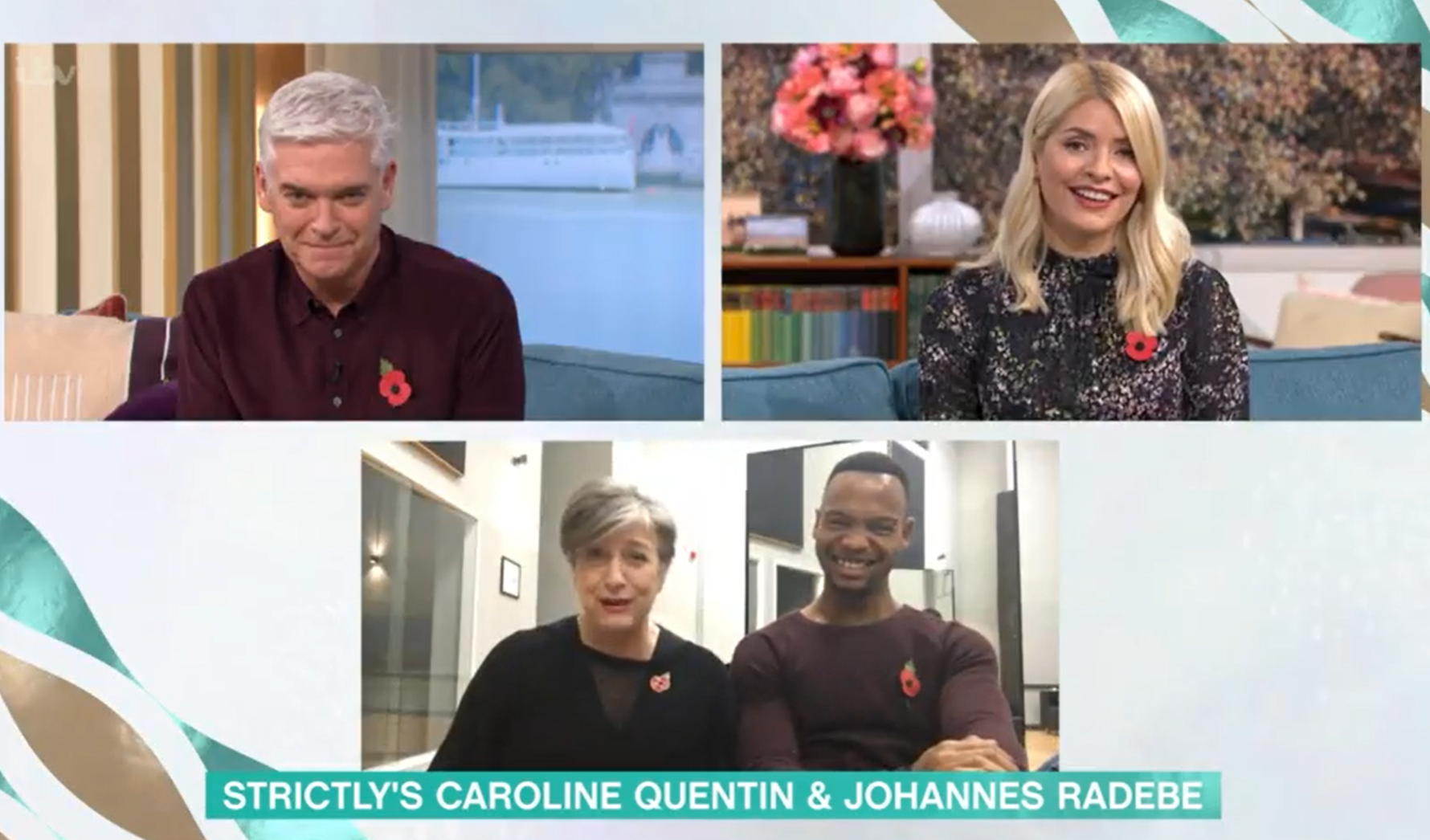 She told Holly and Phil: "I was right, my instincts were good because I simply worship him."

Phil then asked: "Even when you're telling him he's wrong?"

Seeing the funny side, Caroline chuckled: "I particularly worship him when I am telling him he's wrong!" 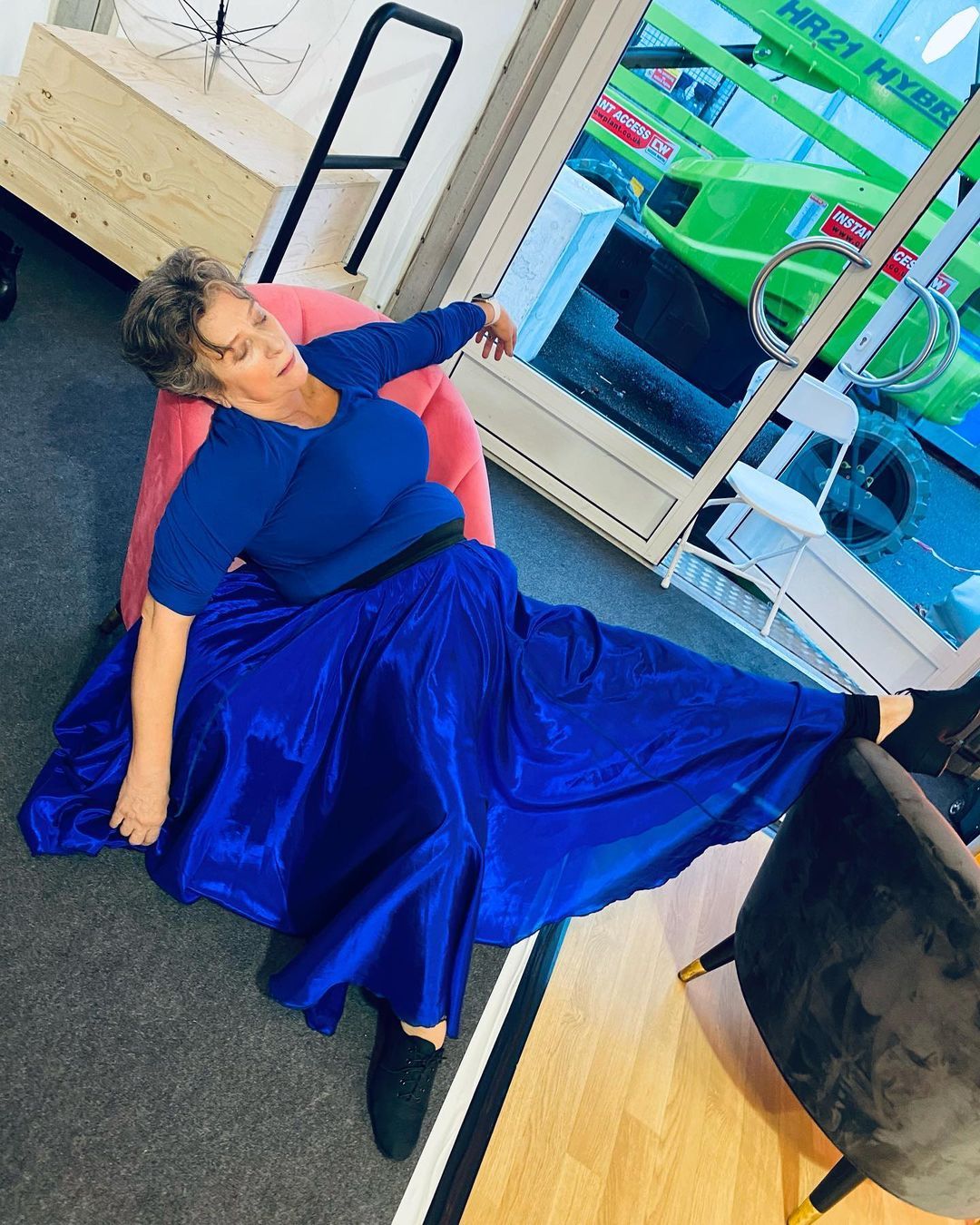 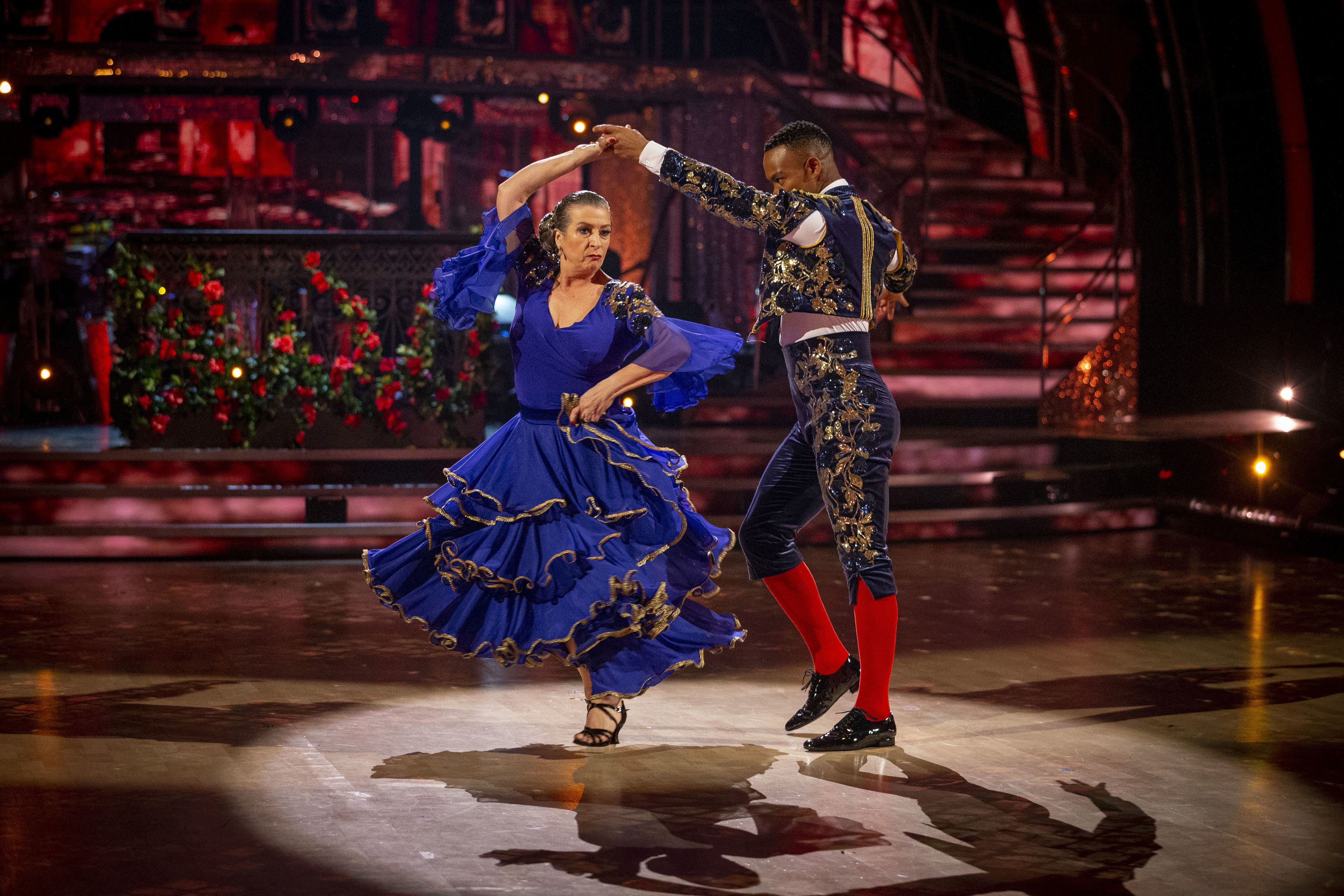 The Men Behaving Badly actress looked shattered after completing a full day of dance training ahead of her Paso Doble last Saturday.

Johannes shared a snap of the star sprawled out on a pink velvet chair enjoying a well-deserved nap.

However, the hard work paid off as the Strictly judges heaped praise on her performance and she and Johannes sailed through to week three of the competition.