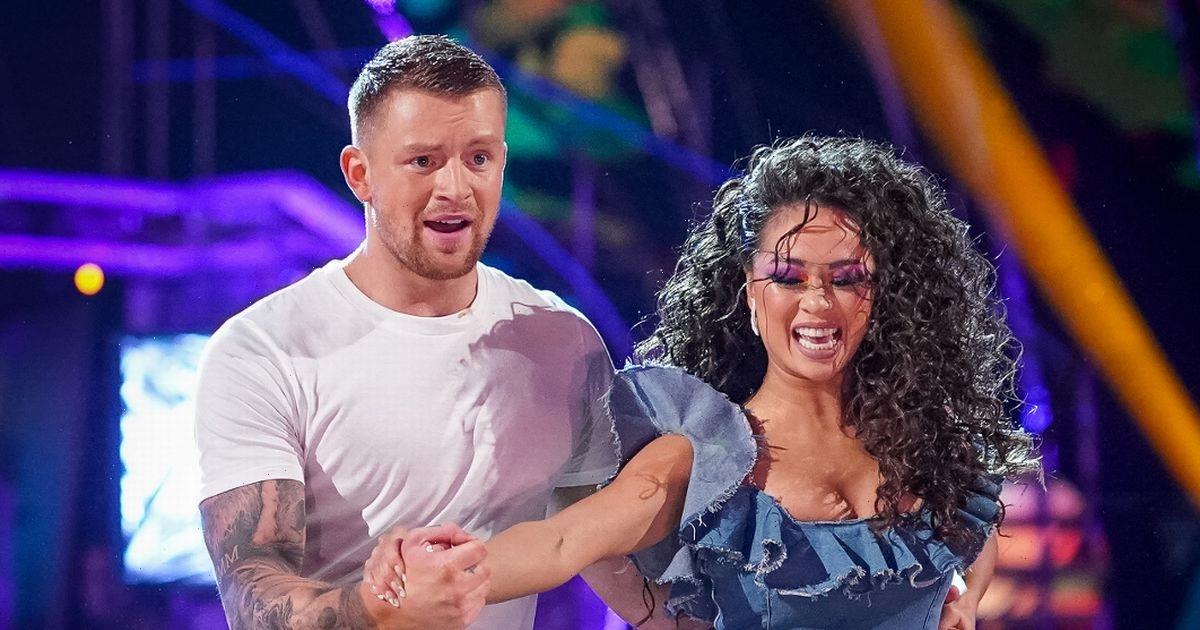 Strictly star Adam Peaty was shunned live on air after Katya Jones stopped him from eating sweets, claiming that he had "lost his abs".

The dancing couple appeared on Strictly: It Takes Two on Thursday, where host Janette Manrara grilled them about their rehearsals.

During the chat, Adam emphasised his love of Janette’s Strictly star husband, Aljaz Skorjanec, saying he was the inspiration behind his posture and energy.

Seeing as it was Halloween, Janette kindly surprised Adam with some fudge, which had Alijaz's face on the tub.

Adam cheered: “What a treat! Oh my God! Is that fudge?! Oh wow. My two favourite things.”

Pro dancer Katya then butted in to abruptly say: “However, not this week, his abs are going. His abs are not there, so no sweets.”

The Olympic athlete laughed off the comment and carried on with the rest of the segment.

This comes after Adam's girlfriend Eiri Munro broke her silence after his near 'kiss' with pro partner Katya Jones.

The 23-year-old artist and mother-of-one took to TikTok to express her thoughts and to explain to fans why she had not been as active on social media.

Eiri explained that she had taken a brief break from her social accounts due to the abusive comments she received after Adam’s close moment with Katya.

She uploaded a video to TikTok and said: “I have been receiving a lot of hate on the internet – people saying really horrible stuff. I am trying to lay it to rest now as I am tired.”

She also added how grateful she was to the fans who were supporting her.

Eiri added: “I want to say thank you to everyone. It makes me a bit emotional. To everyone that has been really nice to me. Because last week was a lot.

“Even when it’s a thousand nice comments and one mean one, it’s so easy to feel like the world is against you and it did feel like that for a while.

“I then had a reality check and I remembered that I am not that important.

She then jokingly added: “You saved my life.”