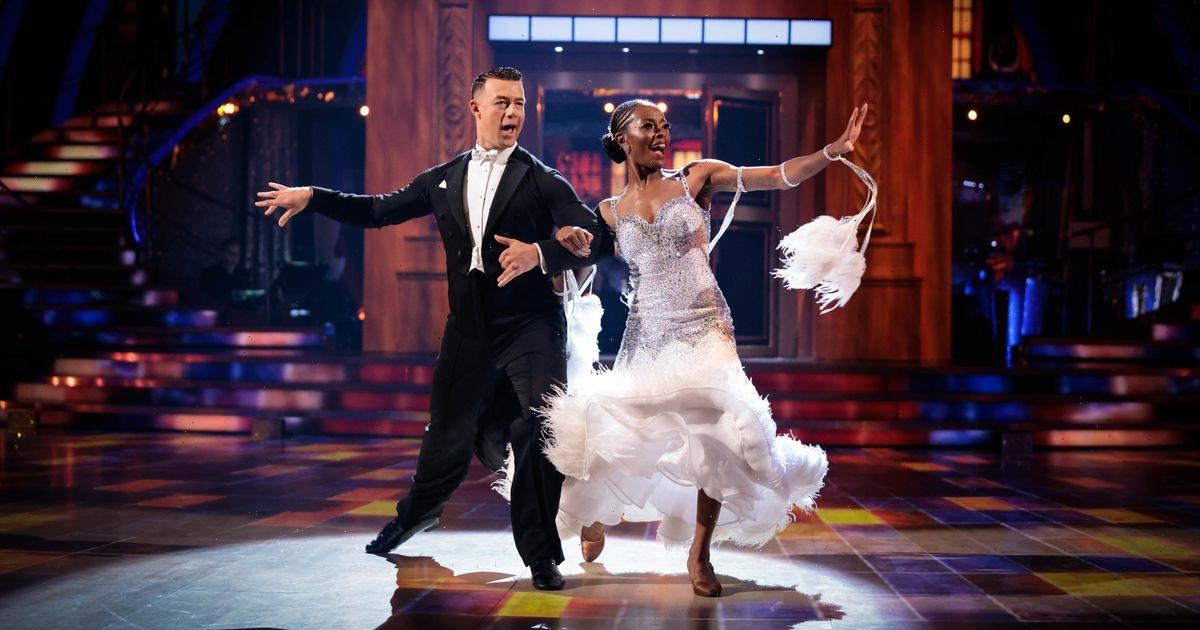 AJ Odudu has blown Strictly Come Dancing audiences away with her incredible dancing talent – and it’s easy to see why based on both her skills and chemistry with professional partner Kai Widdrington.

AJ has now been forced to withdraw from the BBC dance show after injuring a ligament in her foot, explaining: "I'm deeply upset that I am unable to perform in the Final due to a torn ligament in my right ankle.

"Learning to dance over the last 13 weeks has been an incredible honour and to do it alongside someone as special, patient and devoted as Kai is something I'll treasure forever.

"Thank you to the Strictly family for the experience, the medical team for trying to get me back on my feet and mostly, to everyone at home for watching and supporting. You've made this experience one to remember.

"Strictly Come Dancing has been a lifelong dream and I'm glad it came true."

The TV presenter has managed to scale the career ladder quickly, appearing on everything from Apocalypse Wow to Loose Women.

She originally shot to fame in 2013 as part of the presenting team for Big Brother’s Bit on the Side, along with It Takes Two host Rylan.

But AJ has been stretching her TV muscles recently and appearing on shows where she can challenge herself – including Strictly, Celebrity SAS: Who Dares Wins and Cooking with the Stars UK.

Though she won't be taking the Strictly crown this weekend after being placed as second favourite to win, AJ's success on the show will go down in BBC history.

The star suffered ligament damage to her foot while rehearsing for the final, which has left her unable to stand up.

Breaking down on It Takes Two this week, a tearful AJ explained she can’t walk properly without crutches, telling host Janette Manrara: "Oh I'm upset because I've suffered an injury. I don't know when it happened but essentially I’ve got issues with my joint.

"I’ve suffered a traumatic injury to my ligaments, there's a lot of inflammation and I can't pinpoint when it happened during training. In fact, I felt really positive after training."

AJ added that she is surrounded by a "really great medical team" and is still hoping to take part in the Strictly final with "three amazing dances".

Sadly, though, AJ followed in the footsteps of Robert Webb and withdrew from the contest due to medical issues.

Strictly hasn’t been the only difficult thing AJ has come through.

Speaking about her axe from Big Brother after just one ordinary series and one celebrity version, AJ admitted she "felt rotten" about losing the job she had loved.

AJ admitted on the Nobody Told Me podcast: "I remember people tweeting: ‘Who is that black girl with that dodgy accent?’ and ‘Why does she sound like that?’

"That made me feel so insecure. People were commenting on things I had no real control over.

"It didn’t help that someone internally said: ‘AJ, we think you should get some help with your voice. Maybe you can speak clearer and we could soften your accent.’

"All of my insecurities were being reinforced by the team that were meant to be supporting me. Then, when my contract wasn’t renewed, that was tough."

But despite that, AJ persevered in her television career with amazing results, and has captured the hearts of. the nation as part of the Strictly 2021 line-up.

And her net worth definitely reflects that.

Aged just 33, the star is said to be worth a whopping £1.5million according to ABTC, or $2million in US currency.

According to experts at OLBG, AJ could make more than £520 per Instagram post, with her 199,000 followers hanging on her every word – making her the eighth most influential Strictly celeb of the 2021 series.

She’s even helping to increase her pro partner Kai’s standing on social media. Kai has gained more than 139,000 followers since the first live show of the series – giving him an incredible 700% increase in Instagram followers.

That makes Kai the second most popular pro after Giovanni Pernice.