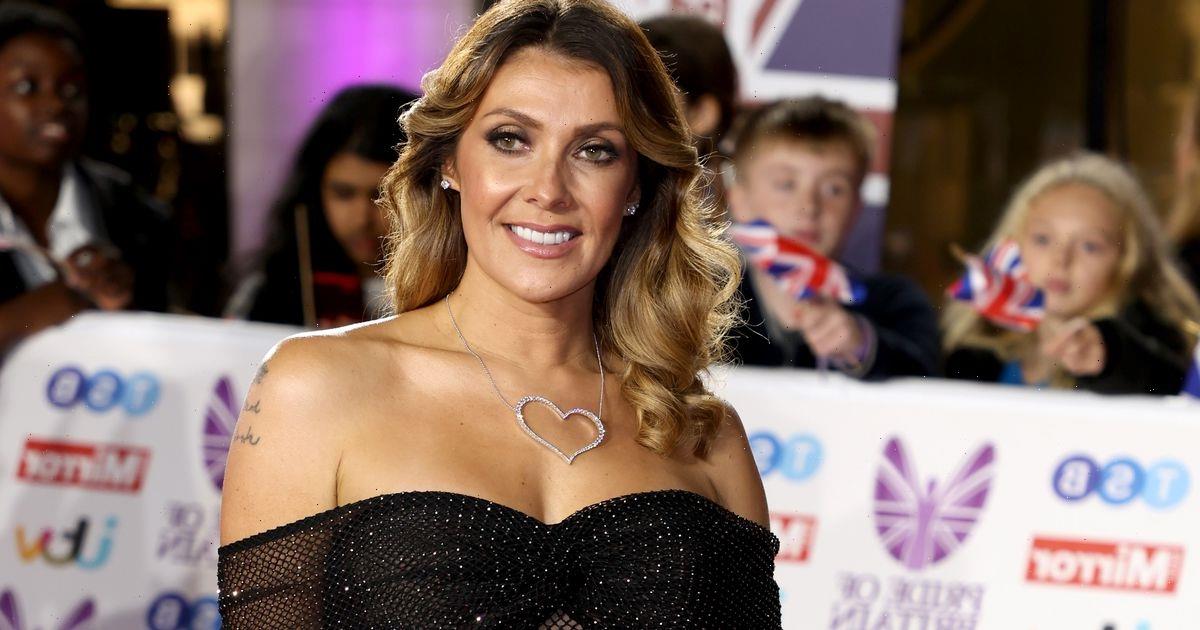 Strictly Come Dancing's Kym Marsh reportedly suffered from a panic attack and had to be comforted by cast and crew during a recent rehearsal.

The Coronation Street star, 46, is said to have been brought to tears during her and pro dance partner Graziano Pernice quickstep rehearsal to Sweet’s Ballroom Blitz, which they went on to perform in Strictly’s BBC-themed episode two weeks ago.

That week the couple ended up in the bottom two of the leaderboard, but were later saved by the public vote.

Speaking after their performance to Strictly host Claudia Winkleman, Kym thanked the cast for their support and admitted she’d had a difficult day.

She said: "I felt pretty confident going in… I've had a bit of a dodgy day when it comes to confidence, but the team and everyone here has just picked me up. I can't thank you all enough for that."

A source has now told The Sun hat earlier that day, Kym was "very upset, she just couldn’t stop crying and hyperventilating".

“In the end there was no choice but to stop rehearsals," they added.

A friend of Kim’s also told the publication: “Kym doesn’t mind admitting she suffers from anxiety and panic attacks.

“That sort of thing can catch her out.”

OK! has reached out to a rep for Kym Marsh for comment. A spokesperson for the BBC declined to comment.

Despite ending up in the bottom two that week, the following live show saw Kym and Graziano turn things around dramatically with their Halloween dance, landing themselves in the top three on the scoreboard.

While practicing for the dance show, Kym has also been hosting Morning Live on BBC One and acting in a revival of the school drama Waterloo Road, all while being a mother to four children.

Speaking about juggling her many jobs, Kym recently said: “It’s quite tricky. We train as much as we can. We put in as many hours as we can.

“There are some days when it becomes impossible when my schedule at Waterloo Road becomes too manic like we lost Tuesday (this) week.

“I was in every single scene, all day at Waterloo Road.

On being in the bottom rankings, Marsh added: “Someone has to go each week.

“I wasn’t like oh my goodness this is me and it doesn’t feel nice and it’s not a comfortable feeling.

"You are dancing off against someone who you like, (and you realise) it’s actually a competition and it’s uncomfortable."

She also said that her children have been encouraging her throughout, adding: “I got a text from my 11-year-old (on Friday morning) saying, ‘Good luck mum, I love you.’