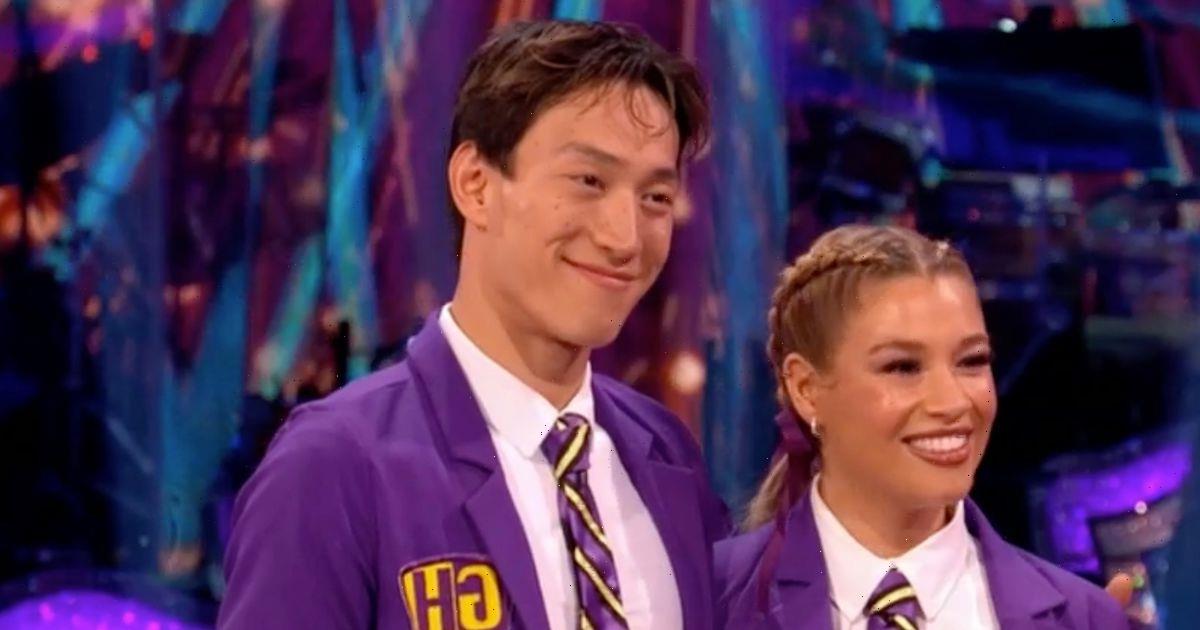 Strictly Come Dancing viewers were left fuming on Sunday night, after Molly Rainford was revealed to be one of the contestants facing the dreaded dance off, after she and partner Carlos Gu didn’t receive enough public votes to remain in the competition.

The pair had previously performed a couple’s choice dance set to the Grange Hill Theme Tune on Saturday’s show, earning a respectable score of 30, however the judges had argued the performance was very “safe” for the pair.

Yet in a shocking twist, the public didn’t seem to agree, with Carlos and Molly left to face the ballroom once more in order to try and secure their place in the competition.

Fans at home were not impressed with the news, with many taking to social media to vent their frustrations.

“Molly and Carlos are victims of the awful music they were forced to dance to. Way too good to be in the dance off,” wrote one fan.

Another also agreed, adding: “I’m absolutely stunned Molly is one of the best dancers all I can say is WOW.”

A third fan also weighed in, as they wrote: “Hate the fact Molly’s in the dance off, that wasn’t her best dance but she genuinely is one of the best there and has so much more to give.”

With a fourth echoing similar sentiments as they added: “Nah #strictly I’m sorry Molly and Carlos did not deserve to be in the bottom two. she is one of the best dancers there. I’m with Motsi, I'm really shocked.”

For week five of the competition, the couples were tasked with paying homage to the BBC by dancing to a series of iconic theme tunes, in celebration of the broadcaster’s 100th anniversary.

Kicking off the proceedings in true show-stopping style, on Saturday’s show, the professional dancers performed a special dance in honour of the BBC’s century long existence.

Dancing their way through a variety of sets, which included Eastenders, University Challenge and even Top Gear, the dancers even managed to enlist the help of a few famous faces as they celebrated the variety of programmes that make the BBC a pioneer for British television.

It was then, that the contestants themselves swapped their usual dance soundtracks for a dose of nostalgia, as the remaining 12 couples danced their way through everything from a Charleston to a Foxtrot, as they performed dances to a number of iconic theme tunes from shows including Casualty, The Apprentice, Grange Hill and even Doctor Who.

At the end of the night, there were two clear frontrunners at the top of the leaderboard as both Helen Skelton and Hamza Yassin had scored a very respectable 35/40 each.

Will Mellor, Fleur East and Tyler West were all hot on their heels too, with each star earning 32/40 with their professional partners.

However at the opposite end of the scale, things weren’t looking good for the lowest scorers in the competition as Tony Adams and partner Katya Jones once again found themselves at the very bottom of the table with a score of just 19/40.

Strictly Come Dancing returns on Saturday October 29 at 6.50pm for its Halloween Special, with the results show on Sunday October 30 at 7:20pm on BBC One.