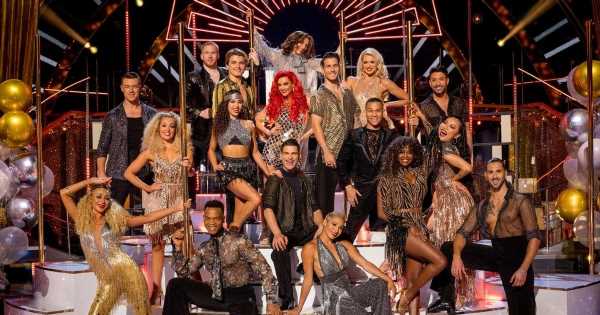 Strictly Come Dancing has been shaken by fresh drama just hours before tomorrow’s launch show as two of the professional dancers have refused to get the Covid jab, according to reports.

It has been reported that some celebrities have been hesitant to partner up with the pair who refused to get vaccinated as fans eagerly await to watch the coupling ceremony set to take place on Saturday evening.

The two pros are believed to be the only ones out of the 18 dancers on the hit BBC dance competition who are not vaccinated this series.

A source told The Sun how Beeb bosses are concerned the show could be ruined if there is an outbreak of the deadly disease on the show.

The insider claimed to the publication: “The dancers who won’t get vaccinated have been a topic of conversation among cast and crew for weeks – even before the positive test.

“There were vocal protests from celebrities that they didn’t want to be paired with them.

“It’s a headache for bosses but employers cannot force workers to get jabbed.”

This comes after a professional dancer was forced into isolation just days before the launch show when they tested positive for the virus earlier this week.

Due to the unforeseen illness, it is now likely the celeb originally partnered with the poorly professional will be assigned a new dance partner.

A BBC spokesman said: “We do not comment on speculation of somebody’s Covid vaccination status. Strictly Come Dancing production has, and will, continue to follow strict government guidelines to ensure the safety of all on the show.”

But this isn’t the only cast member who has been rushed to hospital in the lead-up to the show, after BBC Breakfast presenter Dan Walker was admitted when he hurt his head while training.

The TV presenter shared a snap of himself from the hospital room as he sat in a chair hooked up to blood pressure heart rate monitor.

The star revealed he had hit his head while training for the live show of Strictly Come Dancing which will start on September 25 and received a CT scan which thankfully came back clear.

He soon reassured fans that all was well after the scary incident as he posted a selfie with his medical consultant on Instagram that afternoon.

He captioned the post: “No blood on the brain but I have to rest for a few days. I'll be a bit behind but back at next week.

“The NHS is amazing & I can’t tell you who my pro is but I can say she waited for hours in the car park to check I was ok.

“Whatever happens on TV, she has a friend for life.”