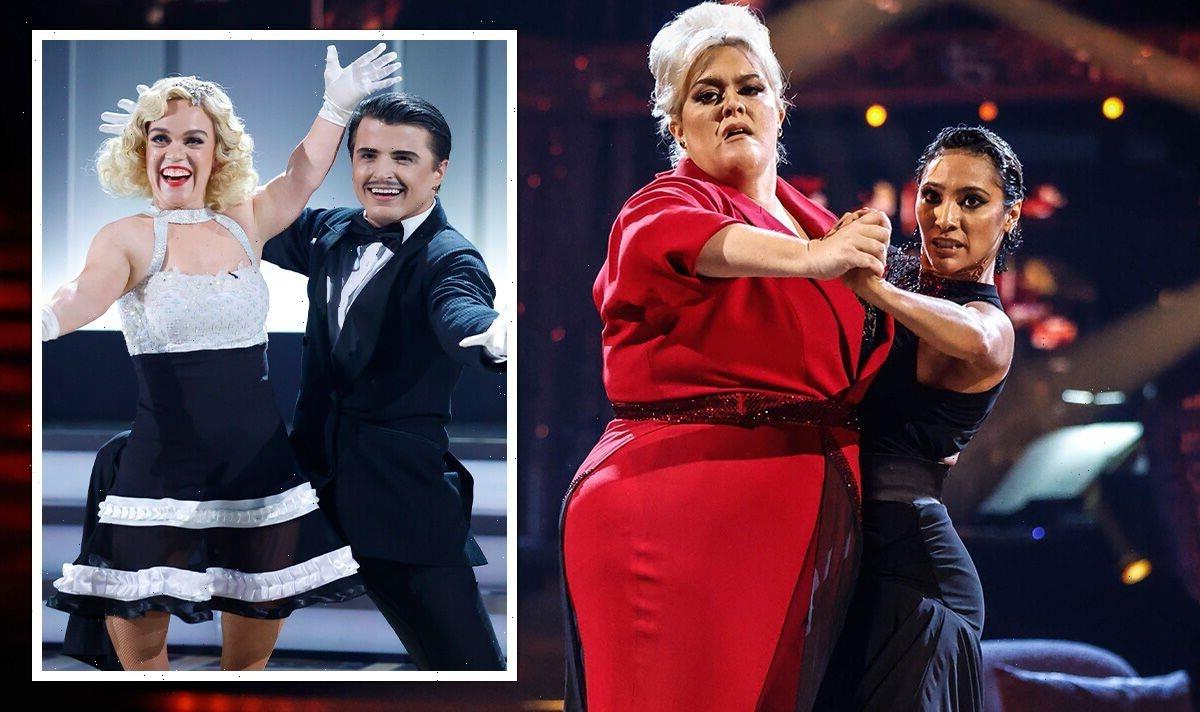 Anton du Beke, who returned to Strictly Come Dancing’s judging panel in September, has hit back at claims the ballroom dance competition has become a “box-ticking exercise”. It comes following reports criticising the BBC series for “politically correct box-ticking” with the 20th season’s line-up. This year, the competition includes two same-sex pairings as well as the first-ever contestant with dwarfism, former Paralympian Ellie Simmonds.

Former Strictly professional Anton has been part of the programme since it began back in 2004.

He has come amazingly close to winning the Glitterball Trophy over the years but has never won the competition.

He was initially stepping in for longtime Bruno Tonioli for the 19th series, but Anton has returned to the judging panel permanently.

The father-of-two responded to claims that Strictly has “turned woke” during a red carpet event.

He told The Daily Mail the programme is “simply keeping up with the times” rather than trying to be woke.

“The show is going from strength to strength and is a reflection of all the people who watch the show. It’s inclusive and everybody gets involved.”

Anton is not the only person who has defended the celebrity line-up for this series.

“Never in a million years did we think that we would need representation, but we do need it.”

He said it was important for viewers to see people of a similar age, sex, ethnicity and body size to themselves, adding: “If Hamza can do it, and he’s a big man, then maybe I can do it. That is what it’s all about.

Rose, who was the show’s first deaf contestant, said on social media: ‘Remember if you think TV is too ‘woke’, you have been living your life being privileged enough not to notice this. It is a huge deal for those from the minority.

“And please don’t compare me to Ellie [Simmonds], we both have completely different life experiences that are just not comparable.

“No disabled people are the same. I myself am learning a lot from Ellie, who is amazing [by the way]!”

John White, who reached the final last year with Johannes Radebe in the first all-male pairing in the show’s history has also spoken out on the reasons he disagreed with an article that called the series a “woke box-ticking exercise”.

The chef blasted comparisons between Richie Anderson and Giovanni, who were in a same-sex dance partnership before they were eliminated in recent weeks.

John fumed: “If you think the BBC showing this broad range of diversity and representation if you think that’s undigestible to watch or woke, may I suggest that you don’t watch.”

Strictly Come Dancing continues on Saturday at 6.30pm on BBC One.