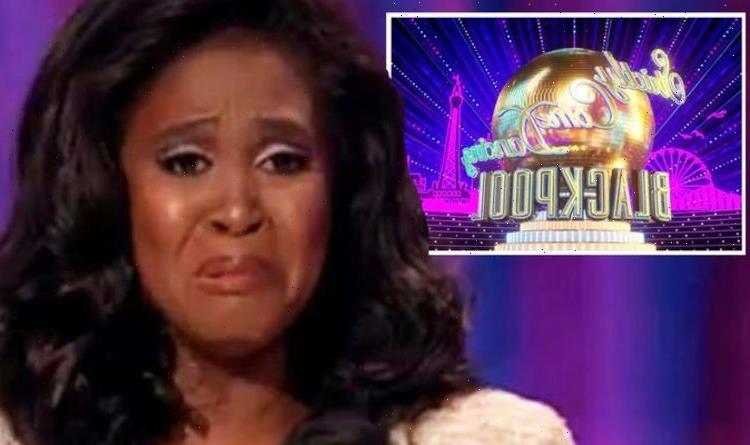 Strictly Come Dancing is gearing up for the 2021 series and talks will have been occurring between the show and celebrities to take part in the hottest television show of the year since January. While the line-up is still under wraps for a couple more weeks, Executive Producer Sarah James has announced a major change to the show – the magical week that is Blackpool will not be occurring.

When Strictly heads to Blackpool, the production gets bigger and better.

The celebrity and their professional dance partner are joined on stage by additional backing dancers, more props and bolder lighting.

But this year, the 2021 series will go without all of that as a show boss has announced the television series will not be heading up north.

Sarah told the Mirror: “We’re so thrilled that Strictly will be returning for a full-length series this year, and know how much viewers are looking forward to getting their full Strictly fix and seeing the return of much-loved specials.

“We are all so sad that we won’t be able to get to Blackpool this year but can’t wait to be back dancing at the one and only Blackpool Tower Ballroom in the future.”

Apparently, the decision to axe Blackpool week was made earlier this year.

An insider told the publication: “Production had to make an early call on it and sadly couldn’t make it work due to the advanced planning and logistics required plus the uncertainty over the ever-changing Covid protocols.”

It came as the whole cast and crew would’ve had to move up to Blackpool for the week, but for safety reasons, realised it was better not to take the risk and instead, air the show from Elstree Studios for another week.

As for what fans can expect from the series, the professional dancers are going to be isolating together in a hotel near the studio for a few weeks before the live shows start so they can pre-record all the group dances.

And like last year, the usual three-week gap between the launch show when celebrities are paired together and the first live show will be scrapped.

In previous years, the few weeks allowed the celeb contestants a longer period to learn the basics before they were thrust in front of the cameras on a Saturday night.

But now, the main series will start the week after the launch show.

There will be 18 professionals in total now – with it still a mystery as to who gets a celeb partner and who is on the subs bench.

This means there will be a full line-up of famous faces dazzling in sequins on a Saturday night.

Last year the show reduced the number of celebrities to 12, but with 18 professionals waiting to lift the Glitterball Trophy, there will be 15 celebrity contestants.

As for the judging panel, fans know Bruno Tonioli is going to be absent and Anton Du Beke is stepping into his role for the series.

Presenters Claudia Winkleman and Tess Daly are set to return and there is hope the “Clauditorium” at the top of the stars – where Claudia speaks to the celebrities after their dance and where the other couples congregate – will be less lonely.

Here’s hoping she is joined by a few dancers and celebs at least.

Rumours are flying as to who is signing up for the show this year.

Netflix’s Selling Sunset star Christine Quinn spoke out about heading to the UK this August for a “big surprise” – was she teasing a stint on Strictly like her co-star Chrishell Stause appeared on Dancing With The Stars last year?

As is Elizabeth Hurley who bookmakers are naming as the top celeb to be taking part.

BBC Breakfast’s Louise Minchin announced her departure from the red sofa earlier this year – does this mean she’s heading for the dancefloor?

Strictly Come Dancing returns to the BBC this autumn.