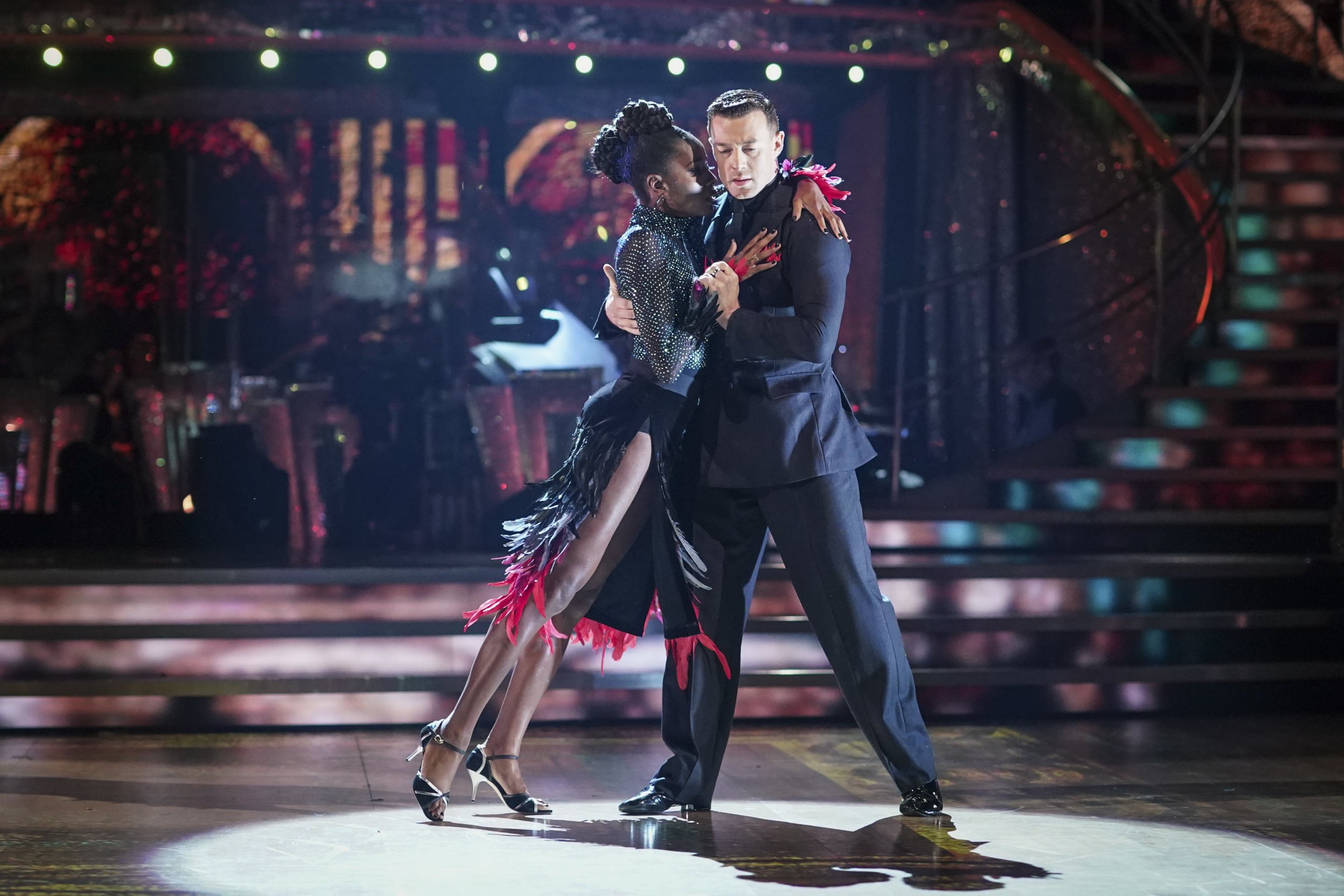 There is said to be love on the Strictly Come Dancing dance floor as AJ Odudu and Kai Widdrington are thought to be dating.

The pair have been impressing the judges and viewers at home with their routines, and almost appeared to kiss at the end of last night’s performance, after dazzling us all with a stunning Argentine tango.

Insiders have now claimed that the TV presenter, 33, and her professional dance partner, 26, have made no secret of how hard they have fallen for each other backstage.

‘Kai thinks AJ is sexy,’ a source told the Mail On Sunday. ‘They have this lovely romance going on, things have definitely changed in the last week or so and they are inseparable, not just as dance partners but away from that, too.

‘It’s nice to see a Strictly romance where there is no curse, just two people who have fallen head over heels for each other.

‘Those involved in the show have been watching this closely over the weeks and have thought this was always on the cards. It’s lovely.’

There have been rumours of a romance between the partners since the series kicked off, with a source recently letting slip to the Sun of ‘sparks’ backstage.

Speculation only increased when Kai was heard on his microphone saying, ‘I love you’ during their previous foxtrot routine.

During a stint on Strictly: It Takes Two, they giggled as they were questioned by Janette Manrara over the sweet moment.

‘I think that was all down to just the tough, tough week that we had and the fact that we got to the end of the performance and it was flawless and you smashed it,’ Kai enthused.

As AJ added: ‘We were both just relieved, you were just gripping onto my neck!’

Metro.co.uk has contacted reps for AJ and Kai for a comment.

Strictly Come Dancing continues tonight at 7.15pm on BBC One.